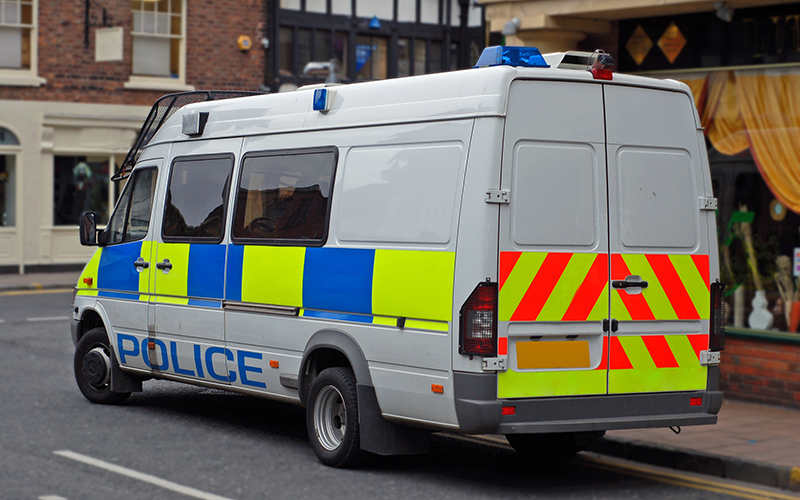 A former police officer who fell out of a police van pursuing robbery suspects has had her claim for personal injuries dismissed.

In Galvin v Chief Constable of Thames Valley, the claimant was in the back of a police van with the rear doors open. Two other officers had already jumped out of the van to chase the suspects, and the officer driving the van was looking for a place to stop so the claimant and remaining officer could get out. The van slowed down until it was stationary, or almost stationary, and the claimant stepped out of the van, but as she did the van moved so she fell and was badly injured.

The claimant stated that the driver was negligent in causing her to fall, or that there was no safe system of work in place for officers decamping from vehicles. She asserted that the facts proved negligence, and the burden of proof shifted to the defendant to show they were not negligent.

However, while officers did sometimes exit from a moving vehicle, good practice was for the officers to wait and only leave when the vehicle was stationary. All of the officers knew that they had to make their own decision if and when it was safe to leave the van. They had been trained in dynamic risk assessment and understood that they had the ownership of assessing risk when deciding what actions to take.

The judge accepted that when in pursuit of suspects, police vans drove with the rear doors open and there was nothing inherently negligent in driving a police van in a chase with the van doors open and slowing down then speeding up.

'The best solution was already in place, that individual officers made the decision based on a dynamic risk assessment'

The driver was concentrating on the street ahead and not on the trained police officers behind him, and was not in the same position as the driver of a car where, if the rear door was open, there would be a strong case of negligence if he knew that and drove off.

The police officer leaving the vehicle was fully aware of the risk and accepted she had to employ a dynamic risk assessment and decide when it was safe to leave the van. It was not an accident that could only be explained by negligence.

The claimant fell from the van as she misjudged that the vehicle was coming to a stop when it was not. The driver focused on the road ahead, as expected, and was not watching over his shoulder as to do so would be dangerous. He trusted trained officers to assess the risk and dismount when it was safe and, therefore, was not aware that anyone was alighting, but was not negligent in failing to be aware, as that was not his duty. The driver had not been negligent.

The claimant failed to provide that there was a failure to implement a safe system of work when police deployed from vehicles as this was front-line policing and there was a dynamic risk assessment put in place. The claimant had been trained and understood she was obliged to assess the risks and weigh up the consequences, and she accepted she would not exit if the vehicle was moving. As there are many scenarios police officers face, which may include deploying from vehicles in a chase, it would be impossible to have different protocols for each scenario. The best solution was already in place, that individual officers made the decision based on a dynamic risk assessment.

'I am quite satisfied that the protocol used was a safe system for officers deploying from vehicles in chases,' said the judge.

The judge concluded that the court should not impose an unrealistic standard of care on the police acting in the course of their operational duties and the claim was dismissed.

Kelly is a legal author for legislation specialist Cedrec