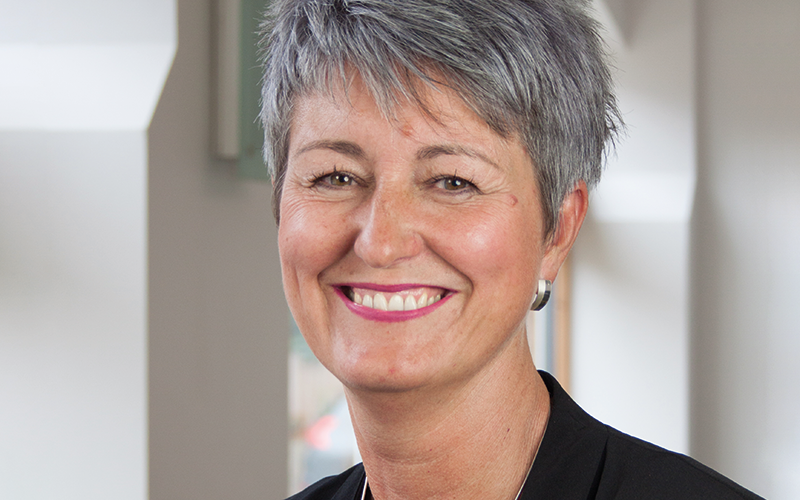 Chief executive Bev Messinger retires on 31 July. She looks back on transforming IOSH, expanding its global reach and ensuring the pipeline of young professionals keeps flowing.

Reflecting on her four and a half years as IOSH chief executive, Bev Messinger says: ‘This is the best job I’ve ever had. It’s so rewarding because you can make a real difference.’

When she was appointed in October 2016, Bev says the role attracted her because she saw it as an opportunity to make a positive difference to people’s lives. As she prepares to retire, she is proud to say she – along with IOSH and the wider profession – has done just that.

‘I’m not a frontline OSH professional,’ she says. ‘But what we do protects and supports workers all over the world. We save lives every day. I don’t know what is more important than that in making a difference to the world of work.’

Upon her appointment, Bev was tasked with implementing and delivering WORK 2022, IOSH’s ambitious five-year strategy.

Now in its final year, WORK 2022 has been a huge success. ‘It has taken IOSH to a new level’, says Bev. ‘It was our first truly global strategy. It has enabled us to focus and prioritise on what’s important to us and where we want to move the dial in terms of OSH.

‘Having the three clearly articulated workstreams [Enhance, Collaborate and Influence] with stretch targets – but realistic ones – measurable outputs and outcomes, our six key priorities and identified geographies meant we have been able to focus our efforts.

‘In the past, IOSH has wanted to be all things to all people around the world. It’s hard to make a tangible difference with that outlook. WORK 2022 has been clear in what we want to achieve, which has been its real strength.’

Bev also credits the success of the strategy with the way IOSH’s members have engaged with it, delivering innovative work and demonstrating how it can be put into practice, along with the way IOSH has transformed internally and how staff have adapted to this.

These are among Bev’s proudest achievements at IOSH. Referring to the internal transformation, she adds: ‘Members have been very positive about the changes. This is really motivating.

‘The people are most important. I am blown away by the commitment and passion that the IOSH team gives every day. Similarly, I’m in awe of the work our volunteers do. They put in so much extra effort.’

Bev also highlights the launch of the Student Membership category and the Future Leaders Community as notable achievements that addressed risks to the future pipeline of OSH professionals, something she identified early on.

Also high on the list is how IOSH has expanded its influence globally. In January 2020, it held its first ever West Africa Conference and, later the same year, launched a new division in West Africa. Added to this has been influencing governments and employers and developing strong relationships with key global players such as the World Health Organization (WHO), the International Social Security Association, the Commonwealth and the United Nations Global Compact. These partner organisations have been carefully chosen, ensuring their strategies align, and they are helping IOSH to achieve its vision. 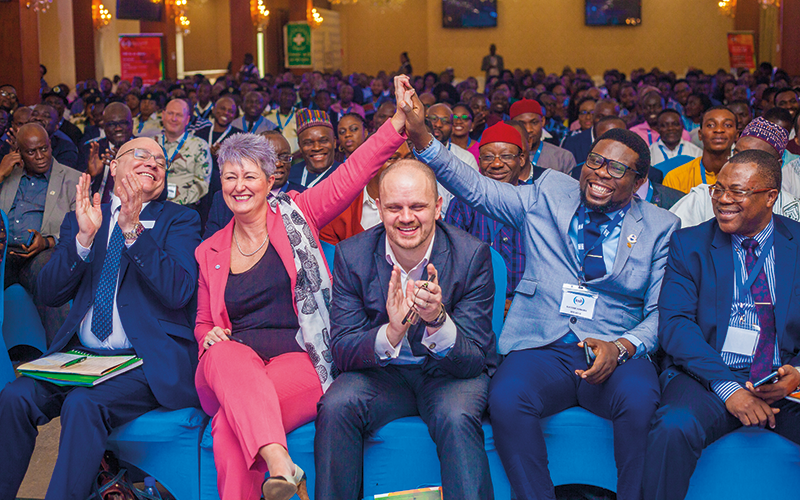 Pushing through the pandemic

Those partnerships have continued to prosper and IOSH has continued to deliver on its strategy despite the COVID-19 pandemic.

IOSH was determined to support its members from the outset and developed an online resource hub that has been updated regularly as the global situation has changed. Collaborating with the likes of WHO, other professional bodies and major employers, IOSH also ran a series of webinars focused on key topics related to the pandemic, each one attracting hundreds – if not thousands – of viewers.

‘No one wanted to be in this situation, but I’m proud of how we responded and believe we have been a good friend in bad times to our members and training network,’ says Bev. ‘Our aim has been to support members, to give as much advice, guidance and networking opportunities as possible to enable them to do their job effectively.

‘We also had to protect our income, support our training network and be agile so they could continue to offer training courses virtually.’

Looking back at how IOSH has achieved this, Bev adds: ‘We had strong emergency planning and business continuity processes and I could draw on my experience of civil emergency work in local authorities. Because of the technology we have brought in over the past few years, we were able to transition to remote working very quickly, so there was no loss of service to members.

‘Everyone played a part and we have weathered a difficult storm effectively. I am grateful for the support of [former Board of Trustees chair] Bill Gunnyeon and other Board colleagues along with the presidential team, particularly Andrew Sharman and Jimmy Quinn, for leading the membership and putting effort in to keep connections going.

‘I am also thankful to IOSH’s staff, most of whom have been working in their homes and putting the extra effort in to keep everything running smoothly.’ 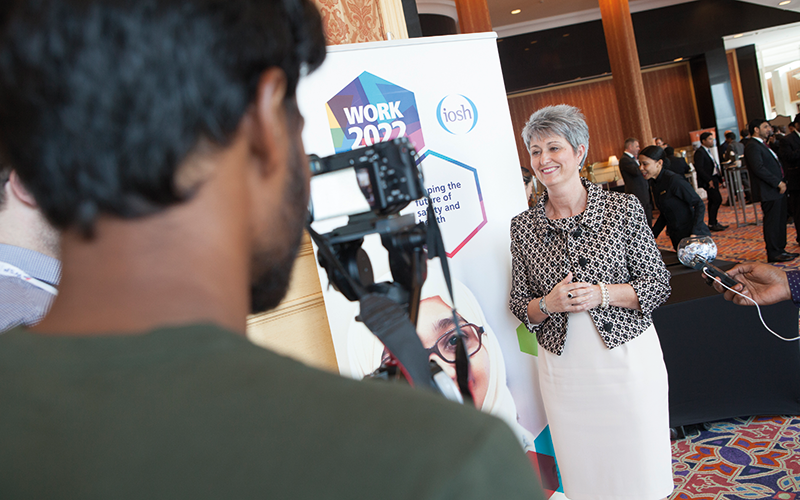 Bev is very clear about the importance of OSH. ‘You need to make it central to every decision you make,’ she says. ‘It’s a cliché, but people are your greatest asset and if you don’t look after them, manage risks around them and take care of them, you risk everything. It’s like not servicing your car – why would you take that risk?’

Bev says that every operational decision taken internally at IOSH is with the head of health and safety in the room, so she and her senior leadership team can judge the consequences of their decisions on OSH.

She adds: ‘It has to be deeply embedded in the psyche of a business. You ignore it at your peril. The risks of ignoring it are huge – from loss of life or being fined to damaging your brand and your reputation as an employer.’

Bev says the OSH profession will continue to play a key role in how organisations across all industries and sectors attempt to navigate their way out of the COVID crisis.

The immediate focus, she says, is likely to be on rebuilding and business resilience, particularly examining what could happen if a similar crisis hit. She also hopes to see a focus on personal resilience for individuals. There will be an increasing spotlight on the human capital lens of sustainability, with the pandemic showing how crucial it is that organisations look after their people.

‘This will all demand new skills from OSH professionals,’ says Bev. ‘Through our competency framework, we are future-proofing the profession, ensuring professionals have the necessary business skills along with the technical skills.

‘Organisations who haven’t had OSH professionals will now want one; others will want more highly qualified ones. IOSH must be at the vanguard of this through standard-setting. When there’s an explosion in any profession, where there’s a need for lots more professionals, you can get “rogue traders”. Our brand, reputation and member grades structure demonstrates to employers they’re getting a high standard.’

She adds: ‘Another feature I’d expect to be important is around diversity and inclusion. It is crucial our profession is diverse and inclusive, and it will be at the heart of our next strategy.’

While this progress is happening, and having stepped down from a full-time career, Bev intends to focus on a small non-executive portfolio. ‘I still have things to offer, sharing my executive experience with boards and through mentoring and coaching, but in a way that’s not full-time and full-on,’ she says. ‘I’m looking forward to a better work/life balance, more time off and not waking up to the alarm.’

Bev’s final message to members: ‘Be proud of what you do, value your contribution to business, stay relevant and skill up. It’s a great profession – stay faithful to it and it will serve you well.’

Listen to our interview with Bev below.