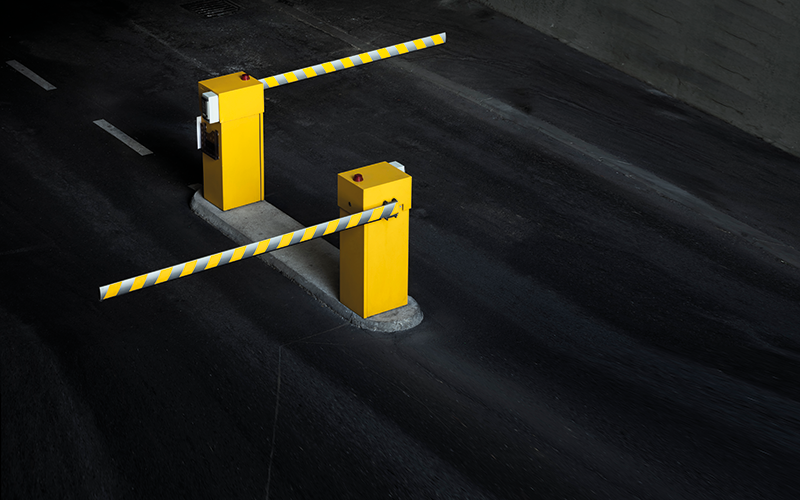 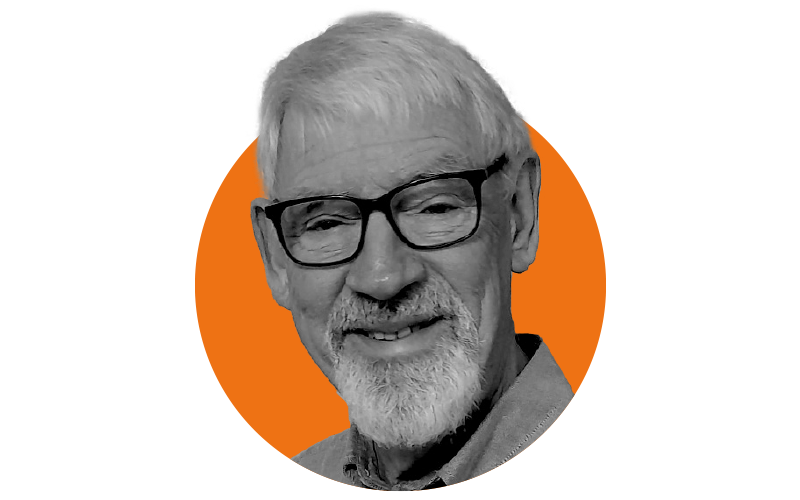 Wherever you are in the world, says Malcolm McIntyre, two universal OSH rules stand out.

‘Don’t ever say “Here’s how we do it in the UK” because it’s an immediate turn-off. People will lose interest straight away,’ he warns. ‘Much better is: “Have you ever thought about…?” And never carry a clipboard. When I was training, I would tell people that if I saw them with a clipboard, I’d take it off them. It’s a barrier.

‘If you want to engage with people, when you arrive on-site go to the canteen and have a chat. It’s all about how you talk to people.’

Malcolm’s OSH career began in 1975 when the safety manager he shared an office with made the prescient observation that ‘Safety’s really going to take off!’ and encouraged him to become an assistant safety officer. Jobs offshore at Balfour Beatty and in civil engineering followed, before Malcolm joined Bovis Construction (as it was then) on a railway project.

A sobering but important secondment managing cranes lifting the wreckage of carriages in the Ladbroke Grove rail crash of 1999 was followed by a fatal accident investigation in Chicago and then a stint in Madrid, improving standards on a shopping centre build. Before long, Malcolm was invited to take on the role of head of health and safety for Europe, the Middle East and Africa, and he fulfilled various senior roles at Bovis Lend Lease before his retirement in 2011.

At the start of Malcolm’s career, the emphasis in the OSH world was firmly on quoting regulations and box-ticking. It is now almost universally recognised that being an effective communicator is as important an attribute as the ability to carry out a sound risk assessment or produce a method statement. 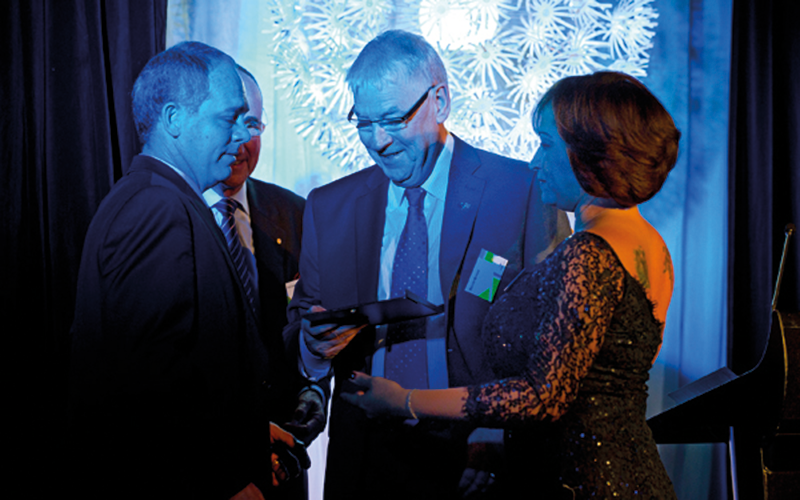 Counsel culture: ‘Make sure you have someone to talk to’

In a long career, some notable achievements stand out for Malcolm, among them the President’s Gold Award in 2016 and the President’s Distinguished Service Certificate he received from IOSH in 2017 – both for his work in the Balkans. But sometimes there are less obvious accolades.

‘Bovis Lend Lease was building MediaCityUK in Salford, and one day I got a call asking if I could come and do an audit. My first reaction was, “Why are you asking? Sites don’t normally invite an audit.” After all, no one actually likes to be audited! But my colleague was insistent that he wanted me to see how the project was going, and I took that as a real compliment.’

Malcolm received a particularly meaningful accolade at the end of his career, when he was awarded the Jeremy Thornsbury Memorial Award for improving OSH standards at Bovis and his work with IOSH.

‘Jeremy was killed in a crane accident on a site in Miami in 2008,’ he says. ‘He was only 21. His parents also worked for Bovis and they set up the award in his memory. The presentation was in Sydney, and the company flew my wife and me out the week before the ceremony so we could meet and spend time with Jeremy’s parents. There were lots of tears but laughter too.’

Welcoming the greater emphasis on mental health in the workplace in recent years, Malcolm is a strong advocate of counselling services for workers – a standpoint informed in part by his experience working in the aftermath of the Ladbroke Grove rail crash, as well as leading fatal incident investigations around the world.

‘At Ladbroke Grove there were huts where you could receive counselling if you needed support, and when we left the site we were given a card with a number to call if we needed to talk. I always say to people involved in incidents: “Make sure you have someone to talk to.” We really need to consider how we support people. Larger companies are getting better, but it’s important for everyone.’

Nowhere is this more keenly demonstrated than in Malcolm’s work as chair of IOSH’s New Accession Countries Working Group (ACWG), which was established in 2005 and worked to promote OSH standards in countries seeking to join – or that had recently joined – the EU. This was at a time when nine Balkan states signed a memorandum committing them to raising safety standards.

‘It was a remarkable achievement,’ Malcolm says. ‘Early on I was particularly involved with Romania and I spent a lot of time there and in Malta. We organised conferences, and representatives from different countries would attend and then ask if we could come and help them too.’

Malcolm didn’t have a connection with the Balkans until this time – ‘It’s one of the few areas I hadn’t worked
in!’ – but a Balkans representative asked for the ACWG’s assistance and in 2011, in partnership with the European Bank for Reconstruction and Development, he was able to build relationships and provide information and training in several countries.

‘IOSH members went out to work with local organisations, providing training courses and shadowing inspectors,’ Malcolm says. ‘I did safety management training courses on specific tasks such as excavation. As Balkans ambassador for IOSH’s No Time to Lose campaign, I also delivered training in several countries on the risks, including solar, diesel fumes and silica.’

Talks on solar risk were received particularly well in areas where agriculture is the main source of income. ‘Some of the doctors told stories of many patients who had skin cancers and were unaware of the dangers of working outdoors in summer,’ he says.

Around two years ago, the ACWG came to a natural end, but Malcolm’s work as Balkans representative continues, albeit restricted by COVID.

‘We are planning a virtual conference in May, and I’m in touch with representatives in individual countries, such as Slovenia.’

‘Work at height is a big issue in Balkans countries. Work in confined spaces and near overhead lines are also areas of concern.’

But it is lazy to assume that because UK OSH standards are higher we have nothing to learn from the accession countries.

‘They often do healthcare better than we do. In the Balkans, workers are entitled to an annual medical, whereas of course in the UK only certain workers are – those working with asbestos or lead, for example. So it’s been a real eye opener. That said, you can’t stop them smoking: I remember delivering a conference on silica and respiratory health. We came out at lunch time and everyone was lighting up. I had to ask if they’d been listening!’

Chartered Fellowship is IOSH’s elite level of professional membership, awarded only to people who have been Chartered Members for at least five years and who demonstrate outstanding dedication to the profession.

Chartered Fellows are role models, committed to promoting and leading the highest standards in the OSH profession and to developing themselves and others. Find out more or apply here.

As a safety philosophy, Malcolm isn’t keen on the word ‘zero’, noting that the pressure it puts on companies can set them up to fail.

‘At Bovis, we had an “incident- and injury-free” programme, where we stressed that all accidents are preventable. But we weren’t preoccupied with zero, although of course that’s the ideal. I wanted people to choose to work safely. As part of the programme I trained trainers in 15 locations – from Moscow to Majorca – to deliver orientation courses for new workers and supervisor skills for our black hats: we asked supervisors to wear black hats on site so they are recognisable.’

Malcolm says the COVID-19 pandemic could have benefits for workers’ attitudes to OSH. ‘When I do presentations, I often show a slide that says: “I’ve never been killed before.” People laugh when I show it, but the serious point is persuading people to move away from the mindset where they’ll say: “Oh, it’s just a wee gap in the scaffolding, it’s never got me before.”

‘Coming out of this, people will hopefully have a better understanding of risk assessment and the way OSH professionals manage risk. After all, 12 months ago, how many people knew very much about PPE?’

When it comes to those looking for advice on their next move up the career ladder, Malcolm says OSH professionals need to take a root-and-branch view of their company.

‘Before I was promoted to a senior position at Bovis, I spent time in departments across the company, from tender, to planning and surveying, and even finance. You have to understand the business.

‘And if you want to work globally, you need to understand the different cultures and attitudes to safety. Safety standards might have been poor in Nigeria, but I’ve never encountered such willingness to learn as I did while working in Lagos. Everywhere is different.’