The dangers of dust 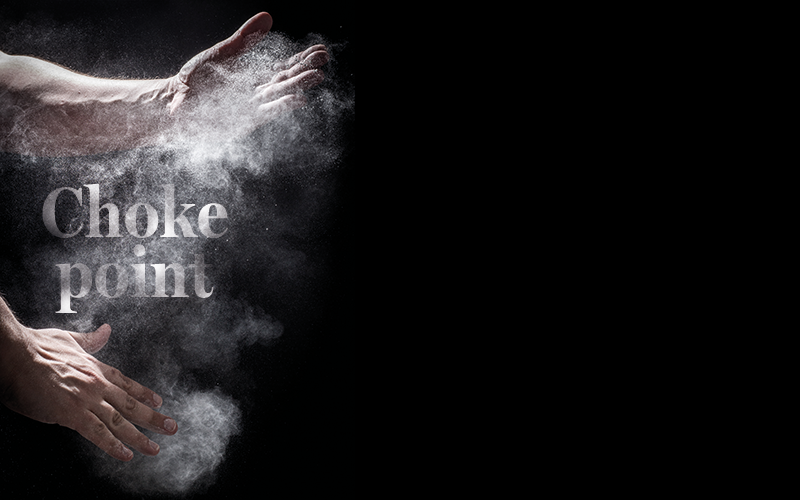 The future of dust extraction must include more careful protection of the health of construction workers.

Silicosis, a disease caused by inhalation of crystalline silica dust, is the most common chronic occupational lung disease worldwide. In Great Britain, the Health and Safety Executive (HSE) estimates that 600,000 workers are exposed to silica dust, most of them in the construction industry, where it is produced during processes such as stonecutting and drilling.

Hundreds of workers contract or die from silicosis and other occupational diseases, including occupational cancers, due to breathing in dust and fumes. This is entirely preventable, and managing and controlling exposure to dust remains a priority for the industry.

In recent years, research-backed initiatives have attempted to mitigate the death toll. IOSH’s No Time to Lose (NTTL) campaign in particular focused on the dangers associated with breathing in silica dust and effective control measures.

However, a number of obstacles remain. In 2020 for instance, a report by the Building Safety Group reported a 23% rise in the number of dust breaches occurring on construction sites between June-August and September-November. The most common breaches included ‘failure to set up effective dust suppression and extraction procedures on site’.

Awareness within the industry has increased, but not enough. Vince Butler CMIOSH, who has more than 30 years’ experience in health and safety within the coal mining and construction sectors, says: ‘Recent figures suggest that for every person that dies from an accident at work, 117 people die of occupational diseases. When it comes to dust exposure, there is no blood, no drama. The problem is invisible until people get sick usually some decades later, and so it has been difficult to implement effective change.’

The scale of the problem

In 2019, IOSH submitted evidence to the All-Party Parliamentary Group (APPG) for Respiratory Health inquiry into silicosis and its impact on workers in the construction industry. A report was then published to shine a light on the importance of respiratory health and to promote effective policy for improving treatments and outcomes for respiratory illnesses (see Resources, below).

While the precise number of construction workers exposed to dust and affected by silicosis is unknown, the report noted that more than 2.2 million people are employed in the industry (either within a company or self-employed), so the scale of the problem is potentially very large.

Among the most important challenges identified was a lack of awareness of lung disease in the construction industry among medical practitioners. GPs do not always have time to take adequate occupational health histories and may fail to recognise and treat diseases like silicosis.

A more structural problem is that the construction industry is dominated by small businesses that do not always have the capacity to implement adequate protective measures.

‘If effective dust controls are not in place, construction workers need several FFP3 masks per work shift,’ says Vince. ‘The cost of this has been going up ever since the start of the pandemic. If you look at all the factors that explain why the issue of dust in the construction industry is not tackled, cost is a significant problem. Masks are also uncomfortable to wear for significant periods and many people tend not to wear them properly.’

It’s also problematic that these protective measures can sometimes be seen as impractical. An IOSH-funded study at the Tideway tunnel project (see Tunnel vision, below) suggested that dealing with immediate safety concerns also meant longer-term health issues were not seen as a priority. The study pointed out a perceived conflict between protecting health from dust and keeping safe: masks made glasses steam up, and carrying dust extraction tools increased physical risk.

The 2019 parliamentary report suggested that implementing protective measures and using respiratory equipment properly might mean setting up a specific regulatory framework for silicosis (as already exists with asbestos and lead) and allocating proper resources to the HSE to provide effective enforcement. 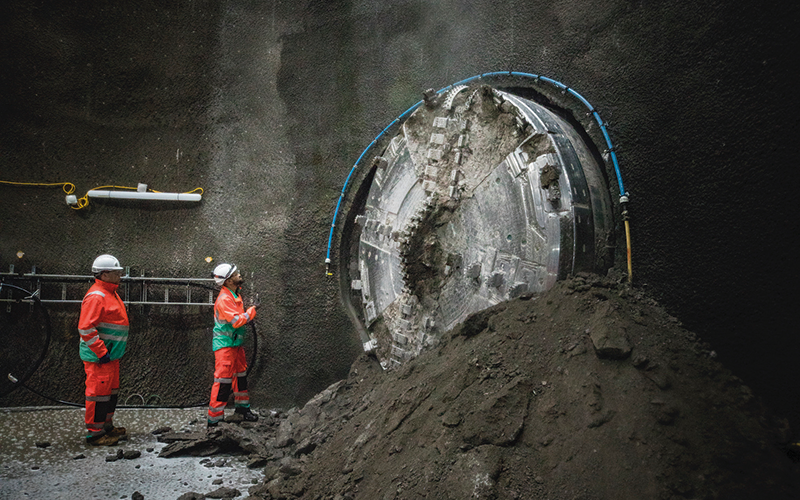 The Tideway Tunnel project is a 25km super sewer under the Thames intended to help prevent millions of tonnes of pollution entering the river each year. From the outset, ensuring the health and safety of workers was a priority.

Jeannie Armstrong, head of occupational health, safety and wellbeing on the project, says: ‘When you are working in a tunnel environment, ventilation is a key control measure. In an enclosed environment, you need to be even more mindful of ensuring good airflow to limit exposure to dust and fumes. We have also worked with a team of occupational hygienists to try to eliminate and reduce dust-generating activities from the start of the project in the design phase.’

‘Another way to reduce risk is by focusing much more on reducing dust exposure in the design phase and in working better with environmental teams, which are focused on air quality for the public. By working together we can find common solutions, a better synergy to protect both workers and members of the public.’

Polishing off the danger

Adequate regulation and enforcement can go a long way in protecting construction workers, but it won’t be enough without proper education programmes in place and innovations in the field. ‘Planning work is key,’ says IOSH president and senior health and safety manager at construction contractor Multiplex Jimmy Quinn CFIOSH. ‘With cost and time restrictions, it is not uncommon for different contractors to work in the same area conducting different dust-producing work. What is needed are suitable and sufficient tools with dust extraction, LEV [local exhaust ventilation] attachments, on-site vaccums, site and contractor pledges, a ban on brooms, separate workstations in a separate location that is dust-proof, face-fitted masks, and face-fit testing.’

IOSH’s NTTL campaign has been leading the way to promote these kinds of good practices within the industry. Some companies have already started to implement change. National Rail, which manages Britain’s tracks and signalling, is educating both employees and industry colleagues on the health damage silica dust exposure can cause by developing a range of awareness-raising materials. The company also collects data based on activity type and duration. Dosimeters are placed on workers’ shoulders to document levels of exposure to challenge the existing arrangements on-site.

How construction projects and processes are set up can also reduce workers’ exposure. To protect employees undertaking sprayed concrete lining works in tunnels, Crossrail substituted materials to minimise the use of silica and the risk of dust exposure. And to reduce the volume of the mixture used, spraying was carefully controlled, and pre-cast concrete segments or in situ cast lining was specified for sections of secondary lining.

The future of dust extraction will rely on a mix of these strategies. ‘Solutions are still limited, and often not very sophisticated,’ says Vince. ‘An Australian company has developed the Guarda Edge Cutter, which suppresses dust with water and extracts the slurry along with the harmful exhaust fumes away from the operator via vacuum suction. This allows for exceptional silica dust control and eliminates the need for RPE and the associated costs.’

Reducing the burden of dust and fume exposure and silicosis in construction will not happen in a day. It requires an approach that takes into account the industry’s complexity and multiplicity of actors involved. As this starts to sink in, there is cause for optimism.

Jimmy adds: ‘Things are getting better with the understanding of different classes of dust according to their risk level; Bluetooth-operated mobile extractors, the bigger, more static and permanent fitted plant, and regulation. IOSH is at the forefront of education on the dangers of silica and continues in its drive to eliminate this risk as much as possible through awareness.’