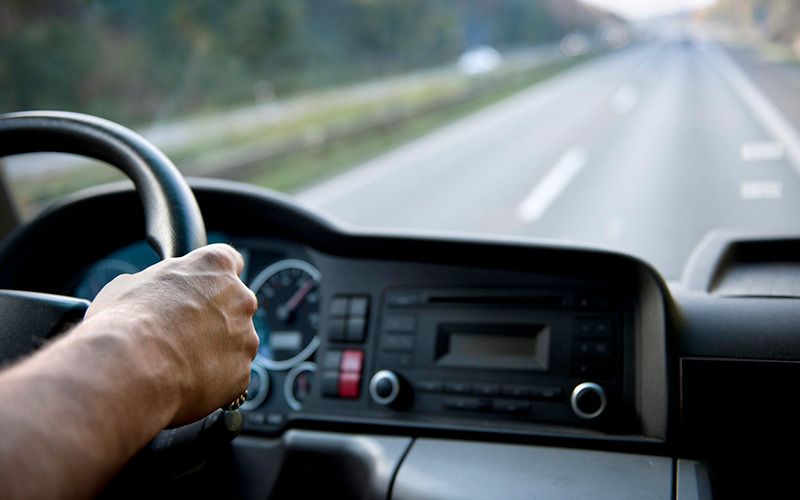 A lorry driver who was sacked after refusing to wear a facemask inside his cab on a client’s site was fairly dismissed, a judge has ruled. The case is believed to be the first time a tribunal has ruled on facemask refusal.

Deimantas Kubilius brought a claim for unfair dismissal against his employer, Kent Foods, after he was summarily dismissed in June 2020 over an incident at Tate and Lyle’s (T&L) Thames Refinery site. Deimantas had refused to wear a face covering when asked, prompting T&L to ban him from the site for breaching health and safety rules.

Finding in favour of Kent Foods, Judge Barrett said that Deimantas had failed to comply with his employer’s drivers’ handbook, which stipulates that: ‘customer instruction regarding PPE requirements must be followed’. It was therefore reasonable for his employer to fire him for misconduct.

Deimantas had been employed as a Class 1 lorry driver at Kent Foods’ Basildon depot since 2016. The tribunal at East London Hearing Centre heard that around 90% of the Basildon depot’s work involves driving to and from T&L’s Thames Refinery site.

The incident happened on the morning of 21 May 2020 when Deimantas visited the Thames Refinery site. The tribunal was told that while Deimantas did wear a mask while outside his vehicle, he refused to wear one inside the cab when two managers asked him to do so. The first manager pointed out that ‘with no mask on, all the droplets from his mouth as he spoke were going to land on people’s faces due to his elevated position up in the cab’. But Deimantas argued that the cab was his own area. T&L later contacted Kent Foods to say they had banned Deimantas from the site for his failure to follow their rules.

'It would be reasonable to dismiss an employee who, without cause, refuses to wear a mask, as it is part of PPE'

Deimantas argued that wearing a face covering was not a legal requirement; that he was in his own environment in the cab of his lorry; and that face mask requirements were not recorded in T&L’s site rules, so he wasn’t aware of the need to wear a mask inside his cab until he was approached by a T&L manager.

The tribunal heard that T&L’s site paperwork hadn’t been amended to reflect the new rules because they were temporary measures taken in response to the pandemic, but that T&L security personnel did advise visitors and provide masks, and there was a poster at the weighbridge.

Following an investigation and disciplinary hearing, Kent Foods dismissed Deimantas without notice on 25 June 2020. Deimantas’ T&L site ban was one factor, the tribunal heard, but more significant were his “deliberate refusal to comply with a health and safety instruction” and “lack of remorse” in standing by his actions.

Ruling that Kent Foods’ decision to fire Deimantas ‘fell within the range of reasonable responses” to his conduct, Judge Barrett noted that ‘The Drivers Handbook imposes an obligation to comply with PPE instructions at a client site [and on] the Claimant’s own account, he had refused to comply with such an instruction.’ Further, Deimantas’ ‘continued insistence that he had done nothing wrong’ caused his employer to lose confidence in his future conduct.

Commenting on the wider implications of the case for employers, Paul Grindley, employment partner at Winston Solicitors, told IOSH magazine: 'I think it would be reasonable to dismiss an employee who, without cause, refuses to wear a mask, as it is part of PPE and it would therefore be a breach of a health and safety requirement. It is, arguably, a refusal to carry out a reasonable and lawful request, which could amount to gross misconduct.

'Client or third-party pressure or influence is also relevant and provides the employer with another potentially fair reason to dismiss – namely ‘some other substantial reason’.

‘Beware, though, the employee who claims that their refusal is because of a medical condition, which may amount to a disability under the Equality Act 2010: this is a veritable minefield.’

The full judgment can be found here.