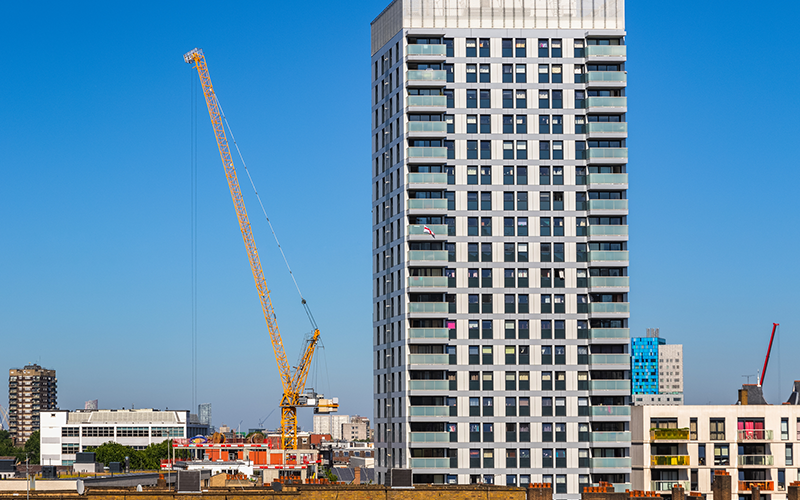 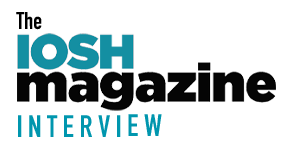 An inspector for 30 years, Peter Baker, head of England's new Building Safety Regulator, talks about his role in delivering a new regime for high-risk buildings, and how he plans to increase the competence of all professionals working on buildings and ensure effective oversight of the entire building safety environment.

As the new Building Safety Regulator (BSR) takes shape ahead of the Building Safety Bill coming into force in 2023, construction businesses and landlords have been warned by its new head and chief inspector of buildings to prepare for a 'level of intrusive regulation'. HSE stalwart Peter, appointed to the newly created role in February, will take charge of the post-Grenfell regime of project gateways, safety case reports and dutyholders – all backed by sanctions, compliance notices and criminal liability.

The regime’s most direct effect will fall on Higher-Risk Residential Buildings (HRRBs), where the BSR itself will act as the building control body for new builds while enforcing safety standards and professional competency requirements in around 12,500 existing HRRBs across England.

However, the BSR’s influence will reach a far wider range of projects. Reforms to the building control process will affect every new build or refurbishment that must meet Building Regulations, plus there is a widely-held expectation that the Bill’s scope could – either during its progress through parliament or a later stage – be extended beyond HRRBs. The new regulator will also set up a new mandatory reporting system for structural and fire safety breaches. 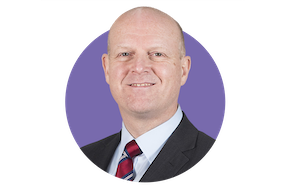 Speaking to IOSH magazine as part of an initial round of interviews following his appointment, Peter sought to project reassurance but also be realistic about the scale of the culture change ahead.

'From my experience in regulating major hazards, it requires a different mindset, in terms of risk management and control. While the construction industry generally will be in a reasonably good place, when it comes to understanding those concepts, and getting ready for those, landlords and building owners who have not been subject to this level of intrusive regulation in the past will be starting from quite a low base of understanding and knowledge,' Peter says.

While changes to the shape and scope of the Bill are still possible, it’s clear that the BSR will create a far more regulated operating environment for many in the construction industry. New build HRRB projects – that is, any building with two or more dwellings that reaches either 18m or six storeys – must submit to the BSR’s scrutiny at three 'project gateway' hard stops at planning, pre-construction and pre-handover. No new HRRB will be occupied until it has been signed off as safe to occupy; thereafter, HRRBs must be managed in accordance with the BSR’s Building Assurance Certificate or – for existing HRRBs – the approved safety case report.

New legal dutyholders will be key to HRRB projects; namely Principal Designers, Principal Contractors, and Accountable Persons. Applying the principles of health and safety law for worker protection to construction safety and residents’ protection, these individuals (or legal entities taking on the roles) could face fines or imprisonment under criminal law in the event of a prosecution.

Peter has held several senior roles at the HSE, including chief inspector of construction from 2015 to 2018, a role that followed two years as head of the chemicals, explosives and microbiological hazards division. His new appointment represents a continuation from his previous post as director of the HSE’s response to the building safety programme.

'We know CDM has effected substantial changes in workplace safety performance. So why not use a similar framework?'

Currently, he is engaged in building the new organisation from first principles: scoping its needs, hiring staff and building IT systems. Once the BSR is running 'at full tilt' it can expect a team of 700, including technical and construction specialists, policy experts and project managers. In addition, many of the 'boots on the ground' assessing HRRB submissions will be drawn from local authorities’ building control inspection teams, and from the technical teams at regional fire and rescue services.

'It's quite a significant proposition,' Peter says. 'At the moment we are identifying what the broad components of the new regulatory regime need to look like. We've got a reasonably good idea of the capability we're going to require to deliver all of those functions. Not surprisingly, because they're very broad functions, we'll need to bring a range of skills into the BSR, ranging from programme and project management skills; policy and operational policy skills as well as technical skills.'

Operating across England and piggybacking on the HSE’s own office estate, Peter explains that the BSR is likely to have a 'headquarters' presence in London. 'Staff will be located where there's the business need, and when around about 50% to 60% of high rise residential buildings in scope are in London, that gives you a sense that we'll have a footprint in the southeast, either in or around London.' But he adds the BSR will also have a physical presence in other major cities with a concentration of HRRBs, such as Manchester and Birmingham.

Peter will also become, in effect, the first head of the building control profession, charged with raising standards in a specialism whose profile, status and legal powers have never quite matched its importance in ensuring construction safety and quality. Meanwhile, clients or projects that breached building regulations were rarely sanctioned or prosecuted.

On the BSR’s role in raising standards in building control services, Peter is aiming to establish consistency  and 'levelling up across the piece'. 'The aim of the oversight function is to make sure that whether you engage your local authority or whether you engage an approved inspector is that you can expect a consistent standard of professionalism, a consistent standards and technical competence, and a consistent approach to the application of the building regulations.

'It's all about setting the risk, understanding the vulnerabilities, and having proportionate management systems'

In his post of chief construction inspector, Peter oversaw the introduction of the refreshed CDM 2015 regime, built around the principle of locating legal responsibility with the party that created the risk. The BSR regime – originally mapped out by former HSE chair Dame Judith Hackitt – in turn 'leans heavily' on that principle and the CDM framework. 'We know CDM has effected substantial changes in workplace safety performance. So why not use a similar framework?'

In fact, some construction safety specialists are concerned that alignment with CDM could prove problematic, particularly as the Principle Designer dutyholder has different roles and requirements in the two regimes. The Bill states that a Principal Designer under the BSR regime needs to be able to 'carry out their duties specified in building regulations in a way that is compliant with building regulations' – in other words, be well-versed in technical design matters. However, Principal Designers under CDM are often closer to design safety co-ordinators than technical specialists.

However, Peter stresses the advantages of close alignment and overlap between the two regimes. 'The challenge, for my MHCLG colleagues [drafting the Bill and secondary legislation] is to make it fit as much as possible so that there isn't any confusion between the expressions, terms, taxonomy and roles and responsibilities. My hope is that the two will fit seamlessly together as possible – for one key reason. I don't see in principle any difference between the management and control of risks to do with keeping workers safe, then the necessary leadership and management controls that are required to build a safe building – the principles are exactly the same.

'This is one of the biggest reforms in a generation …. and the change is going to be quite significant'

'It's all about setting the risk, understanding the vulnerabilities, and having proportionate management systems to deal with the construction of the building and also the typical and inevitable changes that happen during construction of a building and being able to manage all of that as well as manage the competence and performance of your supply chain.'

Peter is also scoping out ways to engage the construction sector in productive two-way dialogue, to prepare the ground for the necessary culture change: he plans to engage with 'leaders and opinion formers, in construction and the built environment, as to how we can bring their constituencies along with the new regime and how industry can step up and demonstrate leadership.'

With enactment of the Building Safety Bill not due until 2023, and changes to its scope and shape still possible in response to the deliberations of Select Committees and then the parliamentary process, it’s only the “early adopters” and the more progressive elements of the construction sector that are aligning their processes to the forthcoming requirements.

Peter’s message, however, is that substantive change is coming over the horizon. 'This is one of the biggest reforms in a generation …. and the change is going to be quite significant,' he concludes. 'As soon as people can engage in this thinking about how they’re going to change their management systems or the way they approach risk, the better it will be.'