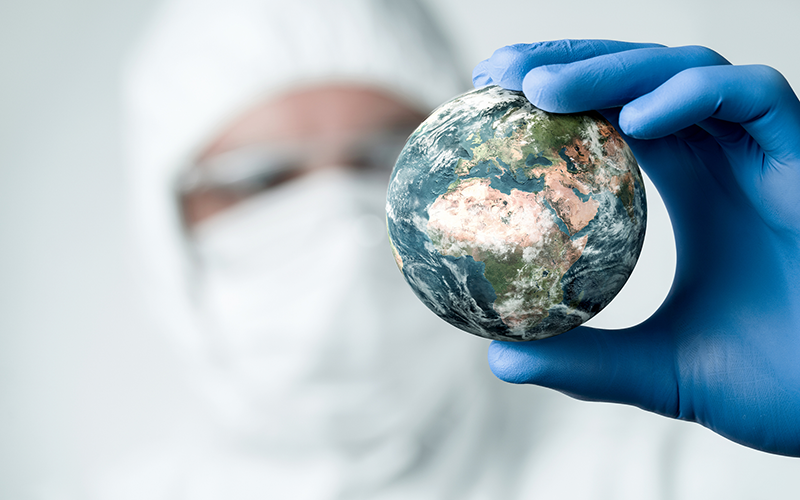 COVID-19 has drastically altered the way we live, but might it also have shown us potentially positive culture changes for the future? OSH content developer John Allen considers.

The COVID-19 pandemic has emphasised several issues concerning people’s health and welfare, especially when it comes to respiratory problems. But although there has been an increased focus on viruses, existing issues such as atmospheric pollution are still particularly important contributors to respiratory problems, and have the greatest effect on those with existing respiratory conditions.

Significant and lasting reductions in pollution would benefit not only the global environment, but the health and longevity of many individuals, too.

Existing respiratory problems, or other issues such as obesity or compromised immune systems have played a role in the severity of people’s experience of COVID-19.

Age is a factor, too, as the virus has had more effect on older people than young people and children, and a system of shielding was brought in by the UK government in recognition of particular vulnerabilities.

Tackling issues such as obesity and respiratory health will improve not only people’s general longevity, but also the seriousness of symptoms from pathogens such as viruses. With an ageing workforce, such aspects are important in limiting deaths.

The road to ruin

In the UK, an estimated one third of road traffic collisions involve someone at work (not taking into account commuter journeys). The human and financial costs to families, businesses and the wider community are enormous.

According to the Road Safety Observatory, ‘The annual risk of dying in a road collision while driving for business reasons is greater than the risk of dying as a result of all other workplace accidents. In 2016, almost 6,000 people were killed or seriously injured in road traffic collisions involving someone driving for work.’

If commuting journeys were included, these figures would be significantly higher, although it is this category that offers the most opportunity for improvement. The greater part of the mileage regularly covered by car drivers are those spent travelling to and from workplaces. The recent lockdown measures have had a significant effect in reducing this mileage and elevating any related health or safety benefits.

The degree to which citizens were confined to home during the crisis varied across the world, but a common approach by organisations was to introduce homeworking – if possible – where previously workers would have travelled to workplaces. Tele-commuting increased significantly, with workers using computers, the internet and virtual meetings. Whereas the nature of some jobs made such tele-commuting impossible (such as manufacturing or construction), office-based work proved to be adaptable to workers carrying out such tasks at home.

While the negative effects of the pandemic and associated societal restrictions need to be balanced, there is an opportunity to improve overall health and safety once the pandemic crisis is over by maintaining homeworking amongst a significant proportion of the national and international workforce.

This new way of working could limit commuting, with associated reductions in casualties, pollution levels and improved effects on health, as well as resulting in significant savings on property costs for organisations and travel costs for the individual.