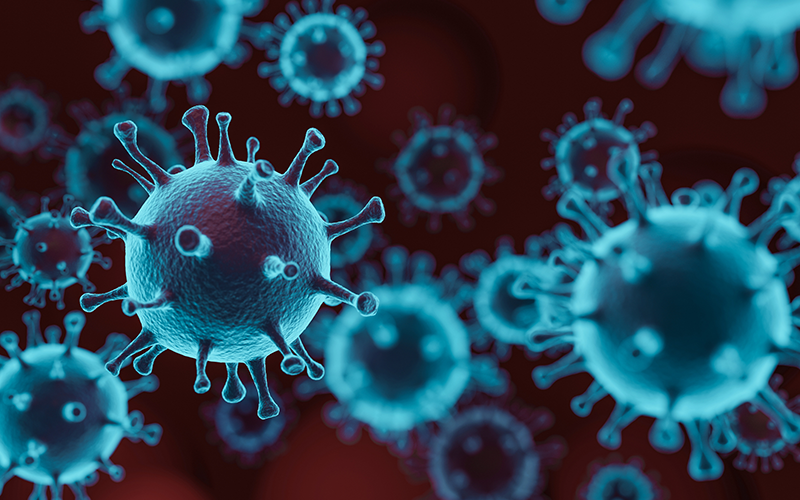 A select committee hearing last week on the HSE’s COVID-19 response explored the regulator’s controversial decision to hire debt collectors as COVID-19 ‘spot checkers’, with the HSE arguing that the £7 million deal enabled it to ‘triage’ routine cases from serious ones, while the TUC and trade union Prospect declared it had damaged the HSE’s reputation.

Cross-party MPs on the select committee, quizzing HSE senior executives and union and employer representatives, also raised concerns that the RIDDOR system had failed to capture the true extent of COVID-19 workplace transmission.

The hearing also heard that forthcoming updated HSE guidance on COVID-secure workplaces is likely to side-step the question of employers mandating vaccinations, with HSE chief executive Sarah Albon telling the MPs that it was an ‘employment law issue’.

The Department of Work and Pensions Select committee, which was carrying out a non-inquiry evidence session, heard that the combination of HSE inspectors, visiting officers and sub-contracted spot checkers had together carried out more than 60,000 visits to business premises.

The HSE also calculated there had been 160,000 interactions with workplaces on COVID guidance, including telephone spot checks and written correspondence; most were proactively raised by the regulator and around 20,000 prompted by concerns.

Explaining the decision to hire Marston Holdings and CDER in October 2020, Sarah said: ‘We wanted to devise ways of making sure that we use our trained inspectors in those areas where there was greatest cause for concern, so to effectively build in a triage system that meant that we were able to screen out cases in businesses where the risk was low.

‘We wanted to make sure that we used [inspectors’] time surgically where it could be used most effectively to deal with the highest risk.

'The decision to turn to debt collection firms was based on wanting a workforce that could cope with the ‘risk of aggression … who already have training in dealing in difficult situations, in keeping things calm,’ she said.

According to Verity, Make members thought that the scheme ‘had value’ overall, but some had questioned the ‘tick-box’ nature of the questions, and other manufacturers had flagged anomalies.

'The brand of the HSE … is being carried out not necessarily by the trained, respected inspector but by those who have been brought into this process as an emergency stop-gap'

These included an HSE spot checker who started to discuss his role as a debt collector, and another who brought the police onto the site. ‘Maybe companies felt a little bit threatened, but I would stress those were isolated instances,’ she told the MPs.

Suzannah said that construction firms had registered some initial concern at the ‘principle’ of the move, but in general were pleased to have a visit and ‘pass’ their assessment.

But Prospect general secretary Mike Clancy said that some HSE warranted inspectors, and Prospect members, feared a dilution of the HSE’s reputation and risk of ‘dumbing down’.

‘The brand of the HSE … is being carried out not necessarily by the trained, respected inspector but by those who have been brought into this process as an emergency stop-gap.

‘Members are deeply committed to the safety and wellbeing mission and they have some serious concerns about the direction of the organisation now.’

TUC deputy general secretary Paul Nowak reported that some employers thought they were being scammed when the spot-checkers came to call.

He added that ‘spot checkers’ rarely engaged with union safety reps, despite this being a legal requirement under UK health and safety law.

In an October 2020 paper, Covid-19: statutory means of scrutinizing workers’ deaths and disease Agius wrote that ‘current HSE guidance for reporting work-related covid-19 may miss many thousands of cases and needs further iteration’.

Baillie asked: ‘It is clear that the reporting of injuries regulations (RIDDOR) provide no requirement for incidents of disease or deaths of members of the public, patients, care home residents or service users from COVID-19, which will probably surprise members of the public. Do you think that the 2013 regulations should be changed to provide more accuracy and would that have helped PHE?’

Speaking for Public Health England, Professor John Simpson, head of public health advice, guidance and expertise for the COVID-19 response, said that COVID transmission at work was a ‘complex picture’ but had not been reflected in the RIDDOR system.

‘We have not taken a view [on mandatory vaccinations] at the moment. There is a very complicated series of issues'

‘The way workplace reporting works at present does not fit terribly well in this situation, and that might be something we would wish to look at for the future,’ he said, in comments that were later endorsed by Professor Andrew Curran, the HSE’s chief scientific adviser.

Throughout the hearing, Paul at the TUC criticised the fact that the current guidance to employers had not been updated since 21 March, despite changes in understanding of COVID-19 transmission.

Mike at Prospect added that procedures followed by HSE staff on inspection visits did not allow them to catalogue concerns around workplace ventilation.

The HSE’s chief exec revealed that the regulator is working on updated guidance for workplaces, as staff return to work post-lockdown, on operating in a ‘COVID secure’ way, taking into account ventilation strategies, vaccination and workplace ‘lateral flow’ testing.

But she suggested the HSE would not take a position on mandatory vaccination policies, even though employment law already gives employers scope to do this.

‘We have not taken a view at the moment. There is a very complicated series of issues that need to be carefully thought through before wider government reaches a final position on compulsion,’ she said.

The Scottish National Party’s Chris Stephens MP referred to evidence from the Institute for Employment Rights that COVID guidance to employers on their legal responsibilities was less clear in England than in the devolved nations of Wales and Scotland.

However, Sarah responded that the HSE’s focus, when working with the governments of all three nations, was on what employers should proactively do to keep staff safe, rather than their minimum legal obligations.

Read part 1 of our report on the Select Committee Hearing here.