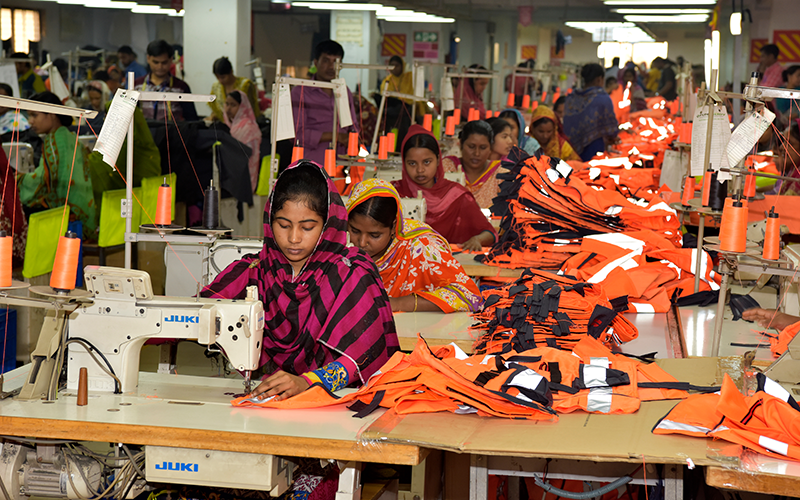 An international research project which has studied the prevalence of musculoskeletal disorders (MSDs) among female workers in ready-made garment (RMG) factories in Bangladesh has found a high MSD burden among those working long hours in non-OSH compliant factories, with lower back pain being the most common complaint.

The multi-centre and cross-sectional study concludes that enforcing minimum International Labor Organization (ILO)-based OSH standards and introducing low-cost interventions to improve working conditions ‘would help to sustain the pace of development in this sector of Bangladesh, and ensure the health of the women who work there’.

Academics from Bangladesh, Thailand and the United States joined forces to compare the prevalence of MSDs between RMG factories that are compliant versus non-compliant with ILO-based OSH standards, and to identify other factors associated with a higher prevalence of MSDs.

The findings have been published in the Risk Management and Healthcare Policy journal. The study was undertaken in two industrial zones in the Dhaka district of Bangladesh – Savar and Ashulia, which were chosen because they had the highest geographic concentration of RMG factories and workers. 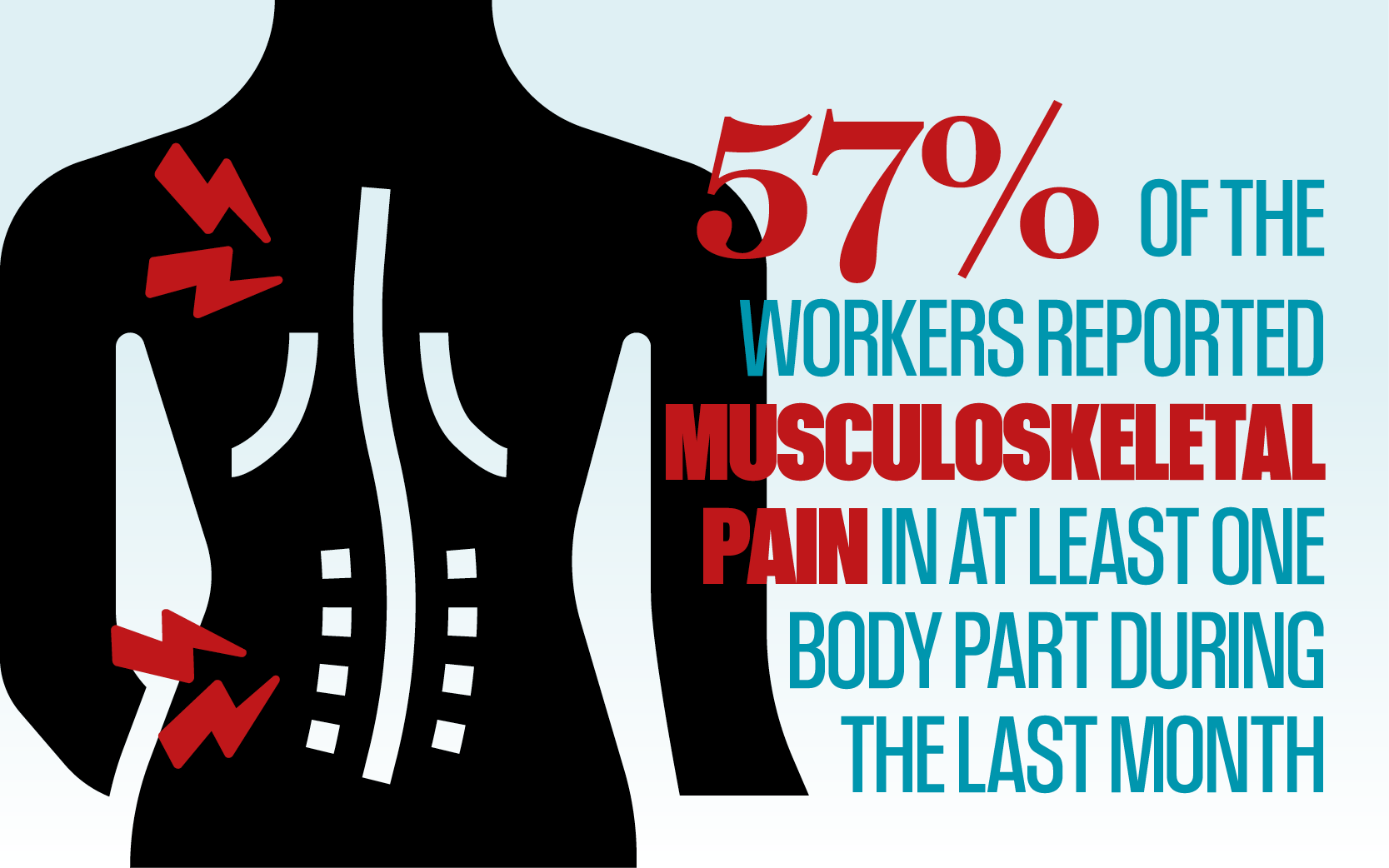 Factories were considered to be 'compliant' with ILO OSH standards if they had received certificates from one or more of the recognised compliance bodies.

Once the factories had been identified as compliant and non-compliant, the researchers then collated the data using a structured questionnaire, which consisted of socio-demographic, work-related factors, and a modified Nordic Musculoskeletal Questionnaire (NMQ), which measures musculoskeletal complaints in terms of pain experienced during the past month.

To do this, the researchers randomly selected 410 female workers who were 18 or over and who had one year or more work experience.

Respondents who gave consent to participate provided the data through face-to-face interviews carried out after working hours and on weekends at local trade union offices close to the factories between February and December 2019.

The findings revealed that 235 of the 410 workers (57%) had reported musculoskeletal pain in at least one body part during the past month. 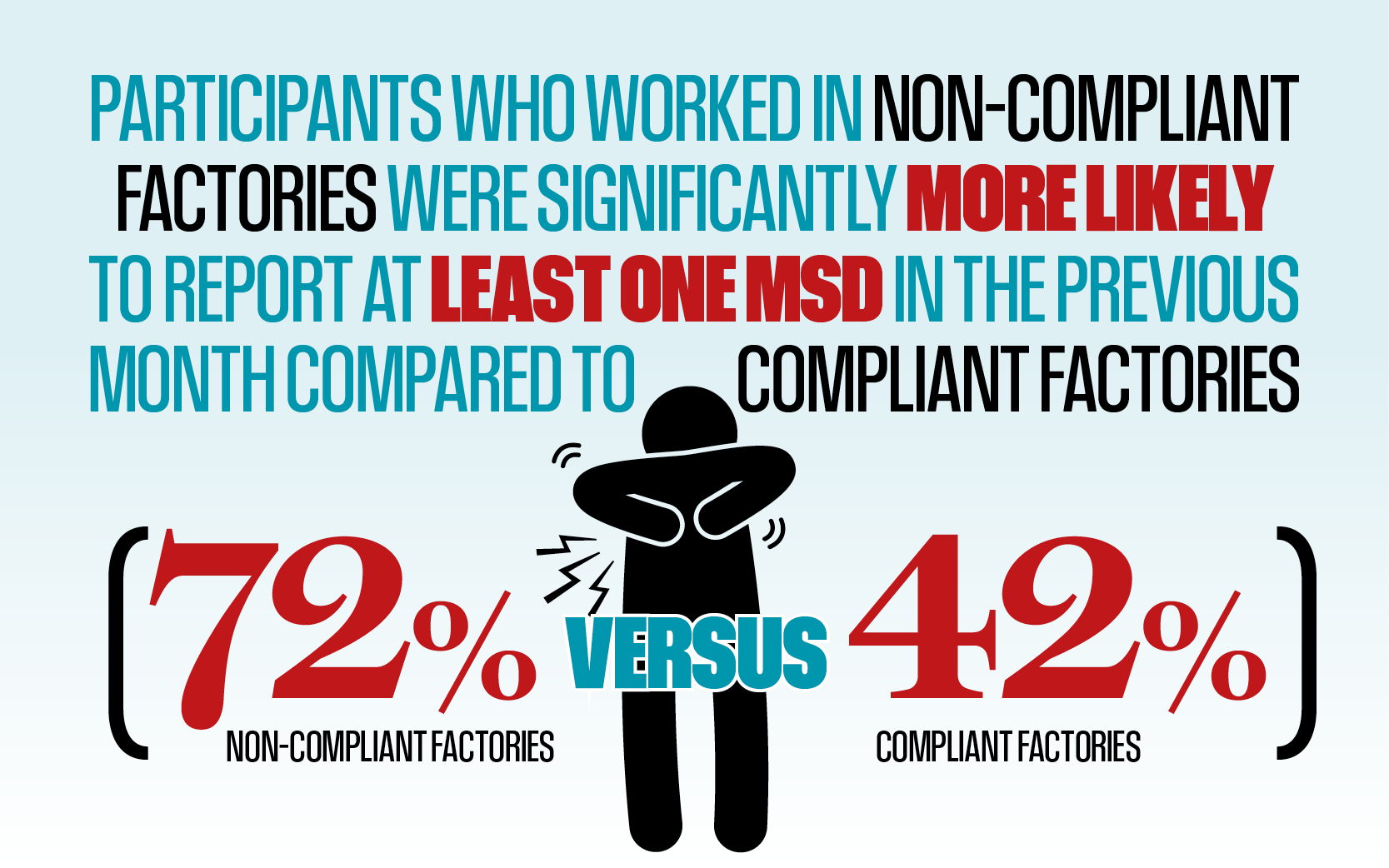 When socio-demographic and work-related factors were taken into account, the study found a significant association between age groups and the prevalence of any MSD.

The study also found that 59% of operators reported an MSD in the previous month compared to the helper (44%) or trainee operator (39%) jobs.

Although the researchers reported that there was no significant association between the risk of reporting an MSD in the previous month and marital status nor between the years of education and the risk of an MSD in the previous month, they did find a significantly higher proportion of MSDs among those not reporting having an annual physical examination or OSH training.

In addition, participants who had worked extended hours were significantly more likely to report an MSD in the previous month.

Using a multivariable analysis, the researchers concluded that female workers in OSH compliant factories were significantly less likely to develop an MSD in the neck or shoulder, back (upper or lower) or leg (knee/angle/hip) region.

However, MSDs of the hand and arm were not significantly associated with factory compliance category.

The study found evidence which suggests that workers who work eight hours a day (regular hours) are less likely to develop MSDs. 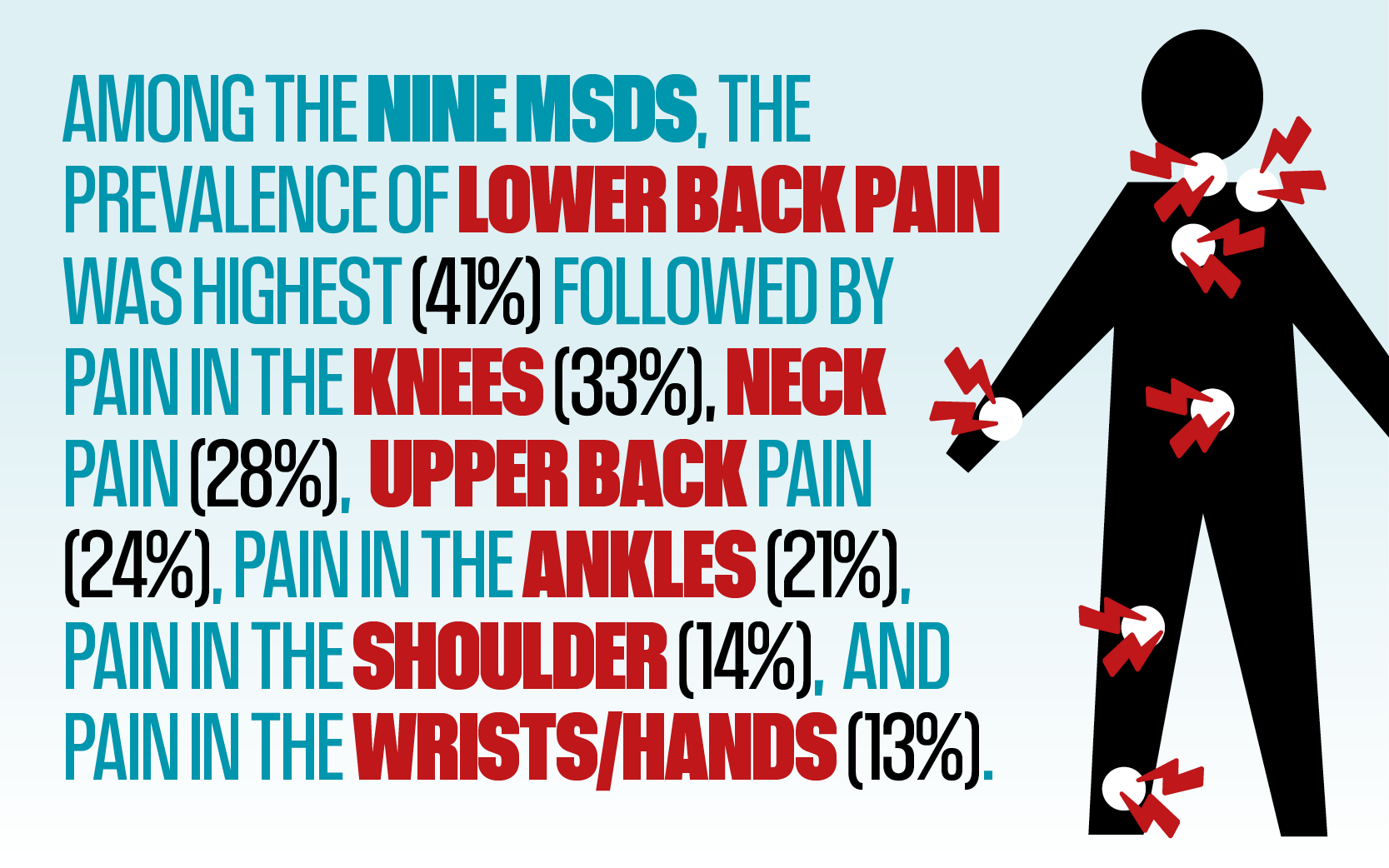 These factors, they argued, may have contributed to the difference between compliant and non-compliant factories in terms of the development of MSDs found among the female workers.

Although the researchers noted that the study has its limitations, notably the reliance on the self-reporting of MSDs and a lack of information on the extent of the pain or disability, they did conclude that an OSH compliant factory was a protective factor for the development of MSDs.

As an increase in age was found to be a risk factor among the female RMG workers, the researchers added it was important to identify appropriate interventions to improve the working environment and reduce the MSD burden.

These should include an ergonomic, adjustable work station, environmental controls, work rotation and breaks, and low-cost work-related welfare. These interventions, the researchers argued, would help sustain the RMG sector’s pace of development in Bangladesh.

Is OSH in the Bangladeshi garment industry wearing thin? Read our feature here.