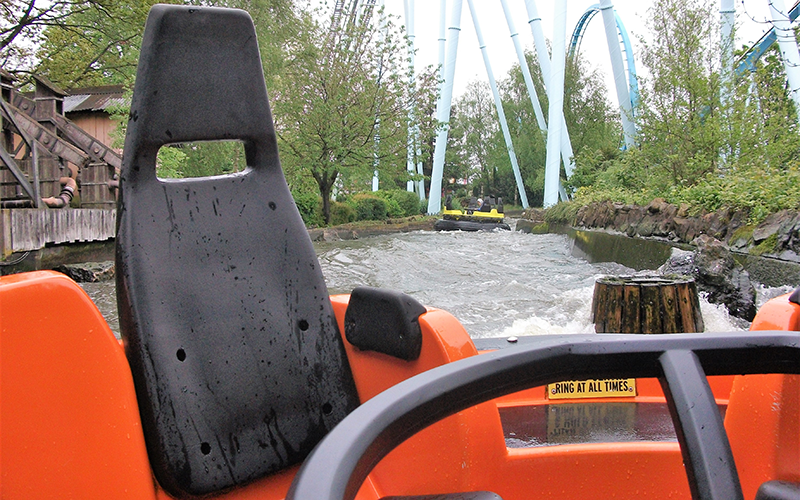 The former operator of a theme park in Staffordshire has been fined £1 million after a schoolgirl died on a ride, but there is no prospect of the penalty being paid as the former theme park operator is in administration, the judge has said.

Eleven-year-old Evha Jannath was on the Splash Canyon rapids ride at Drayton Manor during a school trip in May 2017 when she was 'propelled' from a vessel into the water.

She was able to wade to the conveyer belt at the end of the ride and climb onto it, but then fell into a section of deeper water and drowned.

An investigation by the Health and Safety Executive (HSE) found the risk assessment in place was not suitable and sufficient as it did not properly assess or address the risk of passengers being ejected/falling from the raft, despite previous similar incidents. There were inadequate control measures in place to detect a person in the water as the CCTV covered only half the ride and the CCTV monitors were not suitable for observing passenger behaviour appropriately. In addition, there was no system at the park to rescue anyone who had fallen into the water.

'The risks from ejection from the raft had been evident to Drayton Manor for some time, yet they still failed to take the action that could have prevented Evha’s death,' said HSE principal inspector Lyn Spooner.

Drayton Manor Park Ltd pleaded guilty to breaching section 3(1) of the Health and Safety at Work Act and was fined £1 million.

In sentencing yesterday, Mr Justice Spencer said: 'This was an utterly tragic waste of a young life.'

He said there was 'no prospect of the fine being paid', given that the company operating the park at the time of the tragedy had since gone into administration.

The park has since been sold to Looping Group, which runs attractions in Europe and the UK including West Midland Safari Park and Pleasurewood Hills.

He added: 'In my judgment it would be wholly inappropriate to do other than impose the fine which the offence merited. The public and Evha’s family must not be led to think that this serious offence, which resulted in the death of a child, can properly be met by only a nominal [financial] penalty.'

Why won't the fine be paid?

It depends on how the acquiring business bought the park, comments regulatory lawyer Rhian Greaves. 'Reports suggest that the buyer bought the asset (ie the physical park). It did not buy the insolvent company. As a result, it has not also bought the liabilities of the original business, which would include the fine.'

Sometimes, an acquisition is by way of a share purchase, where the buying company purchases all the shares of the business. When it does that, the liabilities of the company remain, albeit the new owner of the shares then becomes responsible for them. A health and safety fine would be one such liability that might be inherited. A buyer’s due diligence process before a purchase is completed should include a review of ongoing investigations, which could lead to prosecution and therefore a significant financial penalty.

'In the Drayton Manor case, the judge has imposed a massive fine that won’t be paid, and you have to question the utility of that,' she adds.

In March 2019, IOSH magazine reported that Drayton Manor would not face corporate manslaughter or gross negligence charges, and the case was handed over to the HSE for a criminal investigation.

Last December, Lightwater Valley Theme Park had to pay £333,000 after a child was thrown from a rollercoaster in Ripon, North Yorkshire – its third such accident.

And in 2016, Merlin Attractions was ordered to pay a record £5 million after a rollercoaster crashed at its Alton Towers resort.

This spate of accidents at UK pleasure parks and travelling fairs has underlined that the perceived risk and attendant fear that make them so thrilling can become all too real if the rides are not maintained and operated safely. Read our feature Higher, faster, safer here.