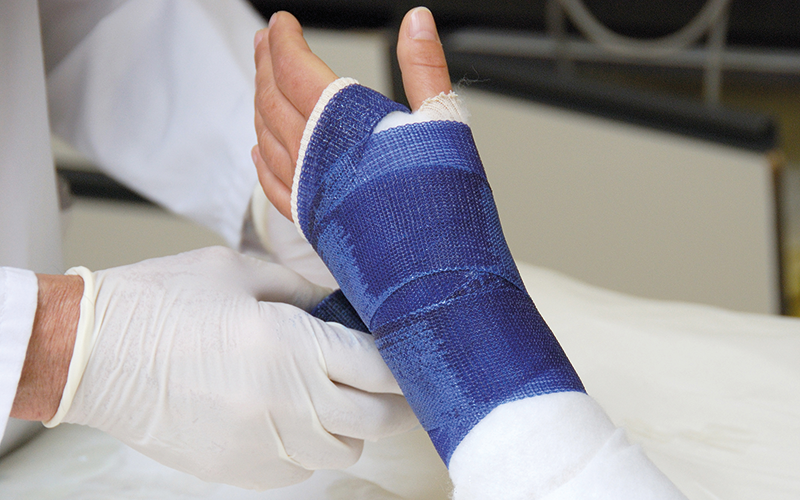 An engineering technician unsuccessfully appealed against an order that rejected his claim for personal injury after he fractured his hand at work.

The appellant, Mr Needle, made the original claim against his employer, Swallowfield plc, a personal care and beauty products manufacturer.

In February 2013, Mr Needle was manoeuvring a disused dispensing pump in order to service it. The pump weighed around 48kg and was irregularly shaped. While attempting to move the machine, he sustained a hyperextension fracture to his left hand.

In his claim for personal injury, Mr Needle argued that his employer was in breach of the Manual Handling Operations Regulations 1992. He said that Swallowfield had failed in its duty to avoid the need for employees to undertake any manual handling operations at work that involve a risk of injury, and also to make a suitable and sufficient assessment of manual handling operations.

The judge ruled that the manual handling operation in this case did not involve foreseeable risk of injury: ‘There was no real or sufficient possibility of risk of injury of some sort to hands or wrists when turning or pushing this piece of equipment as long as employees are warned of the need to apply their experience and skill dynamically to assessing the risk.’ The ‘gateway provision’ that triggers the employer’s duties under the 1992 regulations had therefore not been met and consequently the claim failed.

The risk of injury would have been different if the task involved an inexperienced, untrained employee performing a one-off task

Mr Needle’s grounds of appeal focused on two key points. First, he challenged the judge’s conclusion that there was no risk of personal injury from handling the pump, especially due to its size, weight and unwieldy nature.

Second, he argued that the judge was wrong to include Mr Needle’s training and experience in the dynamic risk assessment into his analysis of the risk, stating that this blurred the question on existence of risk with the separate question of how risk could be reduced or eliminated.

The appeal judge considered the grounds for appeal and said that the court should take into account the relevant occupational context when assessing the risk of personal injury. This should include the place of employment and the particular employees involved.

It was ruled that without expert evidence being provided that demonstrated the alleged dangerousness of the machine pump that caused the injury, the original trial judge was right to conclude that the handling of the machine by Mr Needle was not a manoeuvre that carried an intrinsic risk of injury.

On the second main ground of appeal, the appeal judge ruled that it was correct to take into account Mr Needle’s training in dynamic risk assessment and the content of previous training. They stated that the risk of injury would have been different if the task involved an inexperienced, untrained employee who was performing this as a one-off task, rather than someone carrying out maintenance routinely.

The appeal judge dismissed Mr Needle’s appeal, reinforcing previous case law that demonstrates that context is important when considering whether an activity poses a risk of injury. Evidence of the employee’s training and experience, and the frequency of the task being carried out are all relevant considerations alongside the manual handling operation itself.

The article was written by legal experts Cedrec