The quest for proportionate decision-making 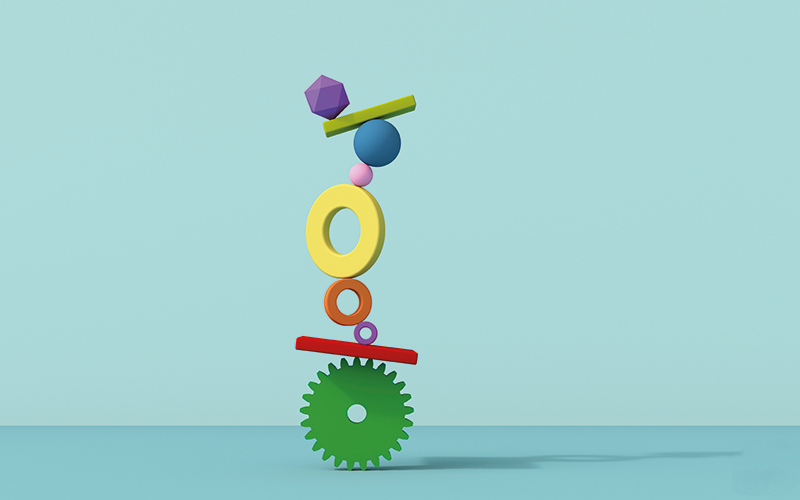 My article in the January/February 2021 issue of IOSH magazine identified several factors that may lead to unbalanced decisions. Here, I suggest some more ideas that could help duty holders in achieving the challenging aim of proportionality.

An important finding of my research, a four-year project at King’s College London, published in 2020 (see Resources, overleaf) was that, outside the leading experts, awareness of the core philosophy behind the UK’s approach to risk was poor. This core should include understanding of the tolerability of risk framework and the guiding concept of ‘as low as reasonably practicable’ (ALARP) and ‘so far as is reasonably practicable’ (SFAIRP), as described in Reducing risk, protecting people by the UK Health and Safety Executive (HSE).

Consequently, greater exposure of duty holders, together with the numerous other agencies involved in the management of risk (for example insurers, the legal system, auditors), would be beneficial. Problems will remain until the different groupings have a shared understanding. Regulators could help this process by increasing the prominence of these concepts, as they get surprisingly little exposure – remarkable, given their importance in the UK’s system of risk control. This might then bring into focus the existence of seemingly competing ideologies, for example, hazard-based approaches and Vision Zero. This would stimulate thoughtful debate rather than the present situation reminiscent of ships passing in the night. As HSE chair Sarah Newton has said, COVID-19 has given us an opportunity to grow an interesting conversation around risk and how you measure and balance it in decisions.

2. Conceding the complexity of risk assessment

Risk assessment is often portrayed as simple, but whether quantitative (as in radiological or chemical risk assessment, or fault tree/event tree analysis) or qualitative measures of risk are used, this position is open to challenge in all but the more trivial cases. Most of us work in systems that are complex. They don’t follow simple, predictable Newtonian paths and have a closer similarity to Lorentz’s butterfly effect. Newton himself was all too aware of this when he said: ‘I can calculate the motion of heavenly bodies, but not the madness of people.’ So, while the process of risk assessment can be outlined simply enough by those with the knowledge, the practice may be another matter. Portraying risk assessment as easy can thereby place an unreasonable pressure upon duty holders; thoughtful ones know this is untrue but must suffer the prejudice if something goes wrong.

OSH itself often makes use of devices such as risk matrices for risk-ranking purposes. On first impression, they appear to be quantitative – but in reality are subjective. As a research participant put it: ‘They look simple but they’re not.’ The HSE has similarly warned that matrices require ‘expertise and experience’ to use, and that getting risk scores wrong can result in failing to take important control measures.

Research has revealed huge variability in the assessment of hazards via the use of matrices – different users may even obtain opposite ratings of the same quantitative risks. This is because the act of rating risks is affected by well-known psychological biases, as well as design artefacts, including issues of definition and categorisation, existing within the matrices themselves. Aside from these theoretical matters, the task of assessing risk requires much knowledge, experience and inevitably some judgement, and even then it can go wrong. More honesty is needed about the difficulties faced by duty holders.

As one interviewee summed it up: ‘In training, we are not teaching people the thought processes that
people need to think about [and] what they need to do in their organisations – that is completely missing. All you get instead is that you go and look up this ACOP [approved code of practice] or that industry piece of guidance. You are giving people fish rather than teaching them to fish. And so they’re never going to change.’

Likewise, despite the availability of numerous short courses, it was felt that they were also lacking in the basics (as seen in point 1, left) and had failed to keep up with modern thinking. Courses, even those lasting only a few days or less, needed to be regularly updated because understanding of risk assessment and decision-making is a rapidly evolving field.

Higher education courses clearly have much greater potential to address these issues. Professor Ragnar Löfstedt has proposed that Economic and Social Research Council funding is warranted, given the importance of the topic.

In public life, certain activities that pose risks may also be valued because of their ‘social utility’, and duty holders should reasonably take account of this in managing risks. However, they sometimes face difficulties because regulators and the courts give uneven recognition to these contextual issues. For example, the judge in the Tomlinson v Congleton Borough Council case referred to the need to think about not just the risk of injury, but also the social value of the activity (in that case, the council allowing families to play with their children on a beach). He observed that the Court of Appeal, which had previously found in favour of Tomlinson, had made no reference at all to social value, and that the council’s safety officers had wanted to destroy the beaches to prevent public access and reduce liability for compensation.

Greater recognition of this trade-off would smooth the application of the UK’s risk-based approach and go some way to tackling the ‘myth of the month’ syndrome. Duty holders could help themselves by identifying the trade-off in their documented assessment, or by adopting benefit-risk assessment in place of conventional risk assessment (see Resources, overleaf). Regulators could help by being more explicit about it as the HSE has done, for example, in the context of children’s play, a risky but essential developmental activity.

In a risk-based society, statistical data is an important indicator of priorities and progress. In the courts this has been pointed out by Lord Hobhouse (Tomlinson v Congleton case). Likewise, the late Swedish physician Hans Rosling championed the use of data to demonstrate how we are mistaken in many of our beliefs about the world. Yet, in the realm of risk assessment, data – even where it exists – is often underused.

In an area of such complexity and subjectivity, where human behaviour reigns, statistics may be the only way to achieve a degree of objectivity in decision-making. Use of such data would clearly be beneficial at the ‘check’ stage of the ‘plan, do, check, act’ cycle.

Some larger organisations have set up incident recording systems and some use them to fine-tune their control activities. It would be helpful if there were either a common sectorial recording system or a national system as was run by the Department of Trade and Industry’s Consumer Safety Unit until 2002. This would permit comparisons to be made, hot spots to be identified and trends observed – an essential requirement of a risk-based system.

Safety management systems (SMS) have had a growing impact in recent years. However, their effectiveness has not been proven in all contexts. There needs to be greater awareness of the pros and cons of such systems. The HSE, for example, has expressed concern over the ‘blue tape burden’ and the global roll-out of ISO 45001, questioning its proportionality, and asking whether a simpler and less bureaucratic approach might be better in some circumstances. To this effect the HSE encouraged BSI to incorporate the word ‘proportionate’ into the national foreword of ISO 45001 resulting in the following: ‘The requirements should be met in a way that is proportionate to the hazards identified and the OH&S risks to be managed.’ It is notable that the concept of proportionality is not discussed elsewhere in the ISO.

Where organisations have gone down the SMS route, there needs to be a ‘golden thread’ (see Paul Nash in our article on the Building Safety Bill) allowing a flow of information between duty holders at all stages of an activity. Lacking that, the SMS may contain unseen flaws that can have serious consequences.

The Grenfell Tower inquiry highlighted a number of safety issues, including that it is no longer enough to rely on following predetermined rules. What is needed is an adequate ‘safety case’ stressing the need for careful risk assessments and proportionate decisions. This raises the bar and makes it a more thoughtful and demanding task, but a spin-off could be to make the whole sector more appealing to young professionals.

This article appeared in our March/April 2021 issue of IOSH Magazine.
Click here to view this issue
Topics
Features