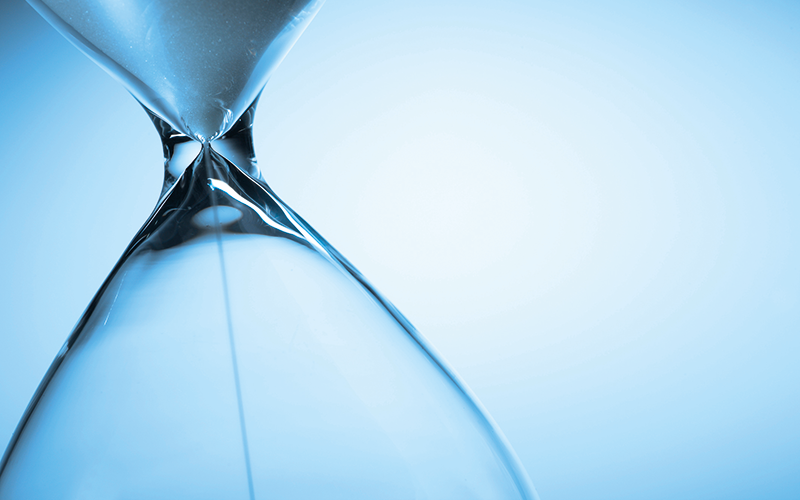 Richard Jones CFIOSH, former head of policy and regulatory engagement at IOSH, looks back at how the global health and safety landscape has changed during his 20-year tenure.

My retirement as head of policy is an opportunity to briefly reflect on some IOSH successes over the past 20 years and to thank our contributors. During this eventful period, IOSH has been pleased to provide vital policy input and advocacy on OSH strategy, regulation, standards and guidance worldwide.

Looking back to 2000, my arrival coincided with the United Nations (UN) Millennium Development Goals, the first European Commission corporate social responsibility (CSR) papers and the UK’s Revitalising Health and Safety strategy. Calls for better governance, positive directors’ OSH duties and improved transparency led to IOSH’s contribution to the new directors’ guidance and to our first guides on OSH performance reporting, culture and systems.

Boosting awareness of occupational health (OH), mental health and wellbeing at work, we contributed to the UK’s new stress management standards, produced a free OH toolkit and successfully argued for tax relief. With the UK government, we joint-funded a new course to upskill OSH professionals in OH and return-to-work issues, stimulating positive interventions and CPD.

On education, we led on innovative materials for students that helped upskill many thousands. For smaller firms, we collaborated internationally on a risk management toolkit and engaged IOSH members in building a website for new businesses, while our campaigns ranged from OSH-by-design to preventing cancer.

Regrettably, despite the UK’s world-class OSH record, myth-busting was needed too, as the infamous ‘elf and safety’ narrative emerged. This was fuelled by fear of civil action and events that fed negative media, including a head teacher whose pupils wore goggles to play conkers; and climbers’ groups that campaigned against the Work at Height Regulations, wrongly claiming they called for mountain guardrails.

Here, IOSH’s public policy work was invaluable to debunk myths, prevent harmful deregulation and stress the value of professional OSH advice. For Lord Young’s review, we made clear these media stories were about people making up rules or trying to excuse poor customer service by blaming OSH. And we gained Professor Löfstedt’s support for our work to create ‘risk intelligent societies’, involving education and capacity building. With the ‘red tape challenge’, like the search for the politicians’ so-called ‘health and safety monster’, we informed and redirected debate, with IOSH member reality checks.

The first involved Chinese cockle pickers who drowned in Morecambe Bay in 2004. This resulted in a public outcry and the introduction of the gangmasters licensing regime, which IOSH fully supported and continues to call to be extended. The second was the 2013 Rana Plaza factory collapse in Bangladesh. IOSH hosted international roundtables on OSH supply chain management and supported a Bangladesh Train the Trainer project. The third incident was the Grenfell Tower fire in 2017. IOSH was able to help inform the public inquiry and plans for safety regime reform.

IOSH successfully argued that corporate fines in the UK for serious OSH failures should deter; punishments needed to have a proportionate economic impact and should thus be based on turnover. Additionally, the targeting of vulnerable groups should be considered an aggravating factor.

Meanwhile, our submissions on the Modern Slavery Act and its transparency clause saw the statutory guidance being changed to include voluntary disclosures by smaller organisations and, following our white paper, commitments for a government-run repository and a requirement for the public sector to disclose too.

Pivotal to IOSH’s advocacy on CSR is our call for all work to be ‘good work’ and for OSH to be recognised as a fundamental right. We were the first to make the case that OSH is a ‘material topic’ for sustainability in all organisations in 2003. This principle has since gained momentum, with IOSH co-founding a sustainability think tank – the Center for Safety and Health Sustainability – and supporting the Global Reporting Initiative to develop GRI 403. Our work on systematic OSH management secured IOSH a key role in the birth of ISO 45001 and the forthcoming ISO 45003, also informing prevention culture and the global Vision Zero project.

More recently, the arrival of the COVID-19 pandemic led to IOSH’s collaboration with the International Labour Organization, highlighting how OSH professionals can positively impact public policy on prevention, as well as awareness raising with the World Health Organization and the UN-World Trade Organization Policy Hackathon on socially responsible international trade, investment and supply chains and revitalising to build back better and healthier (see Figure 1). 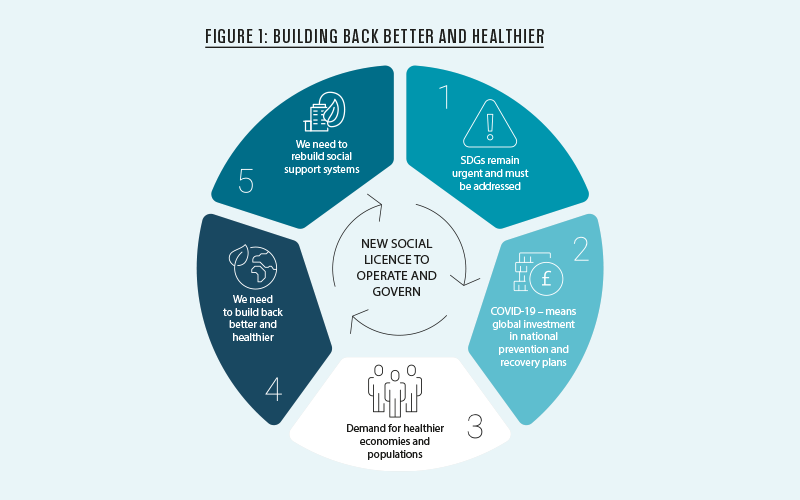 The next 20 years and beyond

Furthering policy progress for the future will include delivering on OSH capacity, multidisciplinary working, public expectations for a new social license to operate and govern, and major global challenges such as the UN Sustainable Development Goals (SDGs). The next decades herald a new technological era, one in which the OSH profession will continue shaping public policy and leading on ensuring people-centred work for the coming generations.

This article appeared in our March/April 2021 issue of IOSH Magazine.
Click here to view this issue
Topics
Features