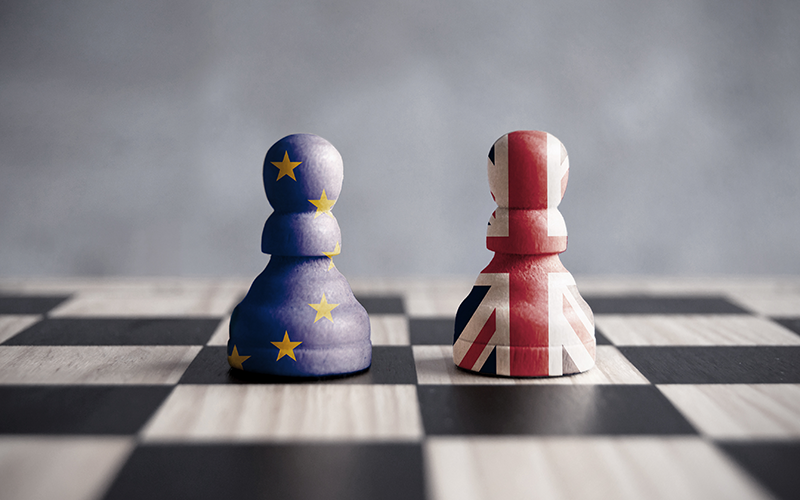 As a result of Brexit being finalised on 31 December 2020, the UK is no longer part of the European Union. This means the EU's regulations, decisions or directives no longer apply to Great Britain. But how much has really changed, and how does this affect occupational health and safety? Cedrec's Neil Howe answers your questions.

Let’s be honest, the majority of the rules and regulations your businesses follow now aren't going to change significantly. But some things will.

So much EU legislation was intertwined with, and fully integrated into, the UK's domestic law and simply abandoning it was not possible. Under the European Union (Withdrawal) Act 2018, most EU law is being 'retained', which means the government is keeping it for the time being. Essentially, EU law has been copied exactly as it was at 10.59pm on 31 December 2020 and adopted into our own laws.

Which means the government now controls it and can do what it likes with it.

Importantly, it also means it still applies to Great Britain, although it may be heavily amended so it makes sense. These retained laws will only have limited application in Northern Ireland, in accordance with the Protocol on Ireland/Northern Ireland, and Northern Ireland will continue to comply with EU law.

What is being retained?

Any retained legislation has been adopted into domestic law exactly how it stood in the EU at the moment we left. This includes all amendments made to the legislation up until that point.

From a health and safety perspective, most of the retained legislation is around chemicals regulation, so things like:

There are also the UK's own domestic laws to consider, that have been made to implement EU Directives. Most of these laws contained references to the EU and relied on EU regulatory bodies. As the UK is not part of the EU anymore, this legislation would have been ineffective due to these references.

As a result, large amounts of domestic law, including the newly retained law (which was essentially cut and pasted from the EU) also had to be amended to remove references to the EU and to fix deficiencies.

These amendments take the form of EX Exit Regulations. So far, the UK government has published more than 600 of them, making around 80,000 changes to legislation such as the Personal Protective Equipment at Work Regulations 1992 and Working Time Regulations 1998, which originated from the EU.

What happens in the future?

Much has been made of the 'level playing field', and the possibility of the UK government eroding or diluting current standards relating to health and safety and workers' rights. Retained EU law in the UK is currently close or identical to the EU's own version, however it is inevitable that the two will diverge over time as they evolve independently of one another.

The UK has an enviable health and safety record, underpinned by the domestic Health and Safety at Work Act 1974. It is therefore unlikely that the government will prioritise making any immediate widespread changes. More long-term changes are likely to be aimed at simplifying things and cutting red tape to make it easier for businesses to comply with legislation. But time will tell.