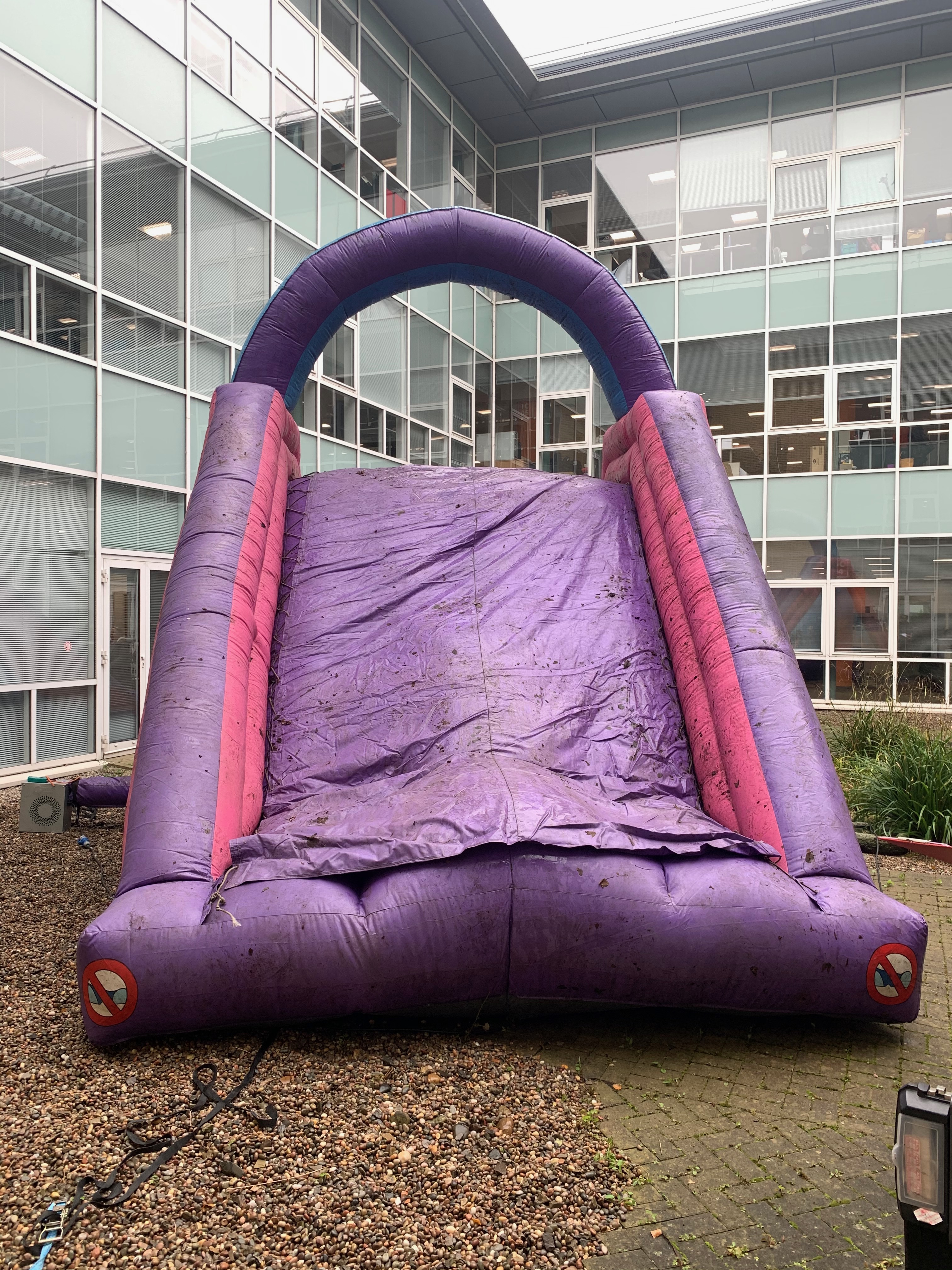 A publican has been handed a suspended prison sentence after a boy sustained head injuries when he fell from an inflatable slide (pictured above).

Andrew Rockliffe ran the Bristol Inn in Clevedon, North Somerset, from February 2016 and in that year bought a bouncy castle for use by customers, which was put on a level area of ground in the terraced beer garden.

In 2018 he added two further pieces of inflatable play equipment – a low-level assault course and an inflatable slide.

The 51-year-old failed to ensure the slide was safe to use, Bristol Crown Court was told. The risk assessment was inadequate, the precautions on the ground were inadequate and the equipment was defective.

In August of that year an eight-year-old boy did a somersault at the top of the slide. He overbalanced and fell to the ground and sustained a fractured skull.

North Somerset Council prosecuted the pub boss, who pleaded guilty to breaching section 3(1) of the Health and Safety at Work Act.

He was given a 10-month prison sentence, suspended for 18 months. He was also ordered to carry out 120 hours of unpaid work and pay a £140 victim surcharge. He has since left the pub industry.

'Health and safety regulations are there to ensure the public can have confidence that equipment such as these inflatables in a pub garden are safe,' said North Somerset Council's deputy leader Cllr Mike Bell after sentencing. 'Sadly the omissions by the man running this establishment led to a young boy suffering serious head injuries. Although he has recovered it is uncertain whether he will need further medical treatment in the future.

'The guilty plea shows that Mr Rockliffe has taken responsibility for his lack of action and I understand that he is no longer in the pub industry.

'I would like to thank all those who investigated this incident and brought the successful prosecution. It serves as a warning to all that precautions put in place must be adequate.'