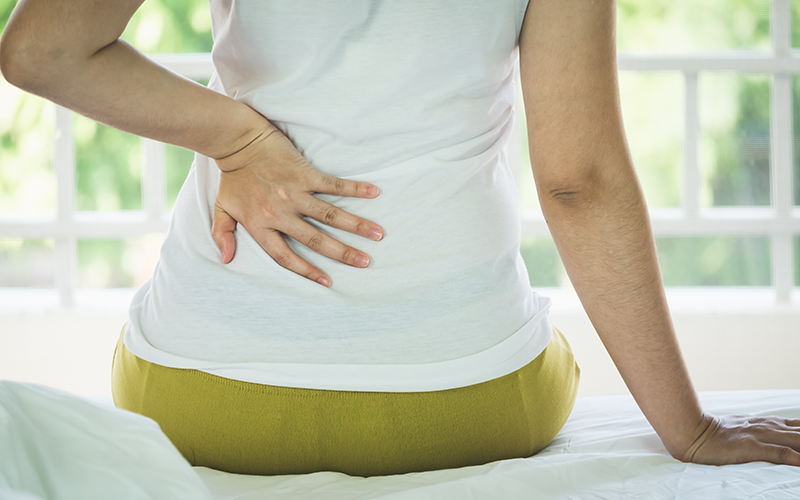 Women, migrant and LGBTI workers are more likely to be in physically risky roles due to lack of choice, and less likely or able to voice concerns where risks do arise, according to a new study by EU-OSHA.

Urging more attention to the role of work organisation and psychosocial issues in workplace health in general, the study finds that women, migrant workers and LGBTI staff can be disproportionately at risk of MSDs and other work-related health issues,

EU-OSHA is also calling on safety regulators and inspectors to take more account of diversity and the experiences of marginalised groups in communicating workplace risks, and urges organisations in the field of workplace health to be more sensitive to workers’ gender, migrant and LGBTI status.

It also wants to see more interdisciplinary research on workplace health taking diversity into account, 'moving away from the traditional "native-born heterosexual man-centred approach" … towards a richer and more complex approach reflecting the specific realities of a diverse workforce'.

The EU’s Occupational Safety and Health Agency report, Workforce diversity and musculoskeletal disorders: review of facts and figures and case examples investigated the intersection between workplace health, (focusing on MSDs) and being a woman, LGBTI or a migrant worker, reporting higher prevalence in the three groups compared to other workers and discussing the reasons for this.

The research had three components: a review of literature and analysis of existing data; fieldwork interviews with workers and stakeholders in the three groups, concentrating on Spain, Germany, Hungary and the Netherlands, and a review of 11 workplace health initiatives at EU employers that attempted to address diversity.

The study found evidence that organisational issues – such as working under time pressure, lack of time to recover, working time arrangements,  lack of leeway and control over the work, poor contractual arrangements and job insecurity – often added to workers’ risk of developing MSDs.

Psychosocial issues are also examined, ranging from heavy demands to lack of support from managers and colleagues, harassment, and discrimination stemming either from the way work is organised (formal discrimination) or the behaviours of co-workers (interpersonal discrimination).

With these factors likely to result in anxiety, fatigue, sleeping problems and stress, EU-OSHA then drew studies that associated mentally stressful work experiences with a higher incidence of MSDs.

The three minority groups are all found to be at heightened risk of developing occupational health issues and MSDs. For women, the risks often lay in working alongside men but where tasks or loads had not been adjusted for them, putting them at higher risk.

Alternatively, in female-dominated sectors such as hairdressing, workers are exposed to repetitive hand and arm movements, forced postures and prolonged standing, but the sector has not traditionally been thought of as presenting high occupational risks.

The literature review established that women are more prone to certain types of MSDs, such as osteoarthritis, rheumatic arthritis or osteoporosis, due to physique and biology. However, the fieldwork suggested that a male-dominated view on occupational diseases and OSH issues is still prevalent: one expert is quoted as saying 'the man is still considered to be the norm'.

This could result in 'failure to recognise as occupational in origin diseases that affect women to a greater extent than men'. In addition, many forms of tools and PPE are designed for men, potentially putting women at additional physical risk.

Women are more likely to be in roles that expect high speed working:  the European Working Conditions Survey (EWCS) found that almost one third of all women in the EU work at a very high speed always or most of the time, plus an additional 14% do so half of the time. The report cited hotel chambermaids in Spain who typically had a target number of rooms to clean in a short time.

Meanwhile, migrant workers faced particularly high risks, linked to lack of choice in accepting work in the first place and poorer prospects thereafter. According to the Eurostat’s Statistics on Income and Living Conditions, migrant workers (defined as workers born in another country) are more likely than native-born workers to do heavy labour or physically demanding work (16% versus 12%).

This exposes them to risk factors such as vibrations, painful or awkward positions and the handling of heavy loads, as well as being more exposed to organisational and psychosocial risk factors, including discrimination and poorer working conditions. Several authors argue that migrant workers are often very dependent on their primary employer and less critical of occupational safety issues.

Those experiences show up in the EWCS data, where migrants are more likely than native workers to report MSDs: when sociodemographic variables such as country, age, gender and educational level are taken into account, first-generation migrants are the group most likely to report MSDs.

The fieldwork offered examples from the Netherlands where Turkish or Polish migrants worked in the meat processing industry or as aircraft loaders, where they have to handle heavy loads in cramped environments and with limited time to recuperate between shifts.

LGBTI workers may find that only some sectors of the job market welcome them, with the study noting that gay men are less frequently found in the male-dominated construction industry and lesbians are less likely to work in early years childcare.

With less choice in the first place, followed by possible marginalisation in work – a particularly problem for anyone who has changed their gender alignment – the group experiences higher  psychosocial risks, the study says. Although there is no clear and conclusive evidence that this translates to an increased risk of MSDs for LGBTI workers, the study argues that this is a likely effect.

The report calls for more research on the working conditions and occupational safety and health issues facing LGBTI workers is needed to overcome the existing research gaps.

Read our article on diversity in health and safety here.