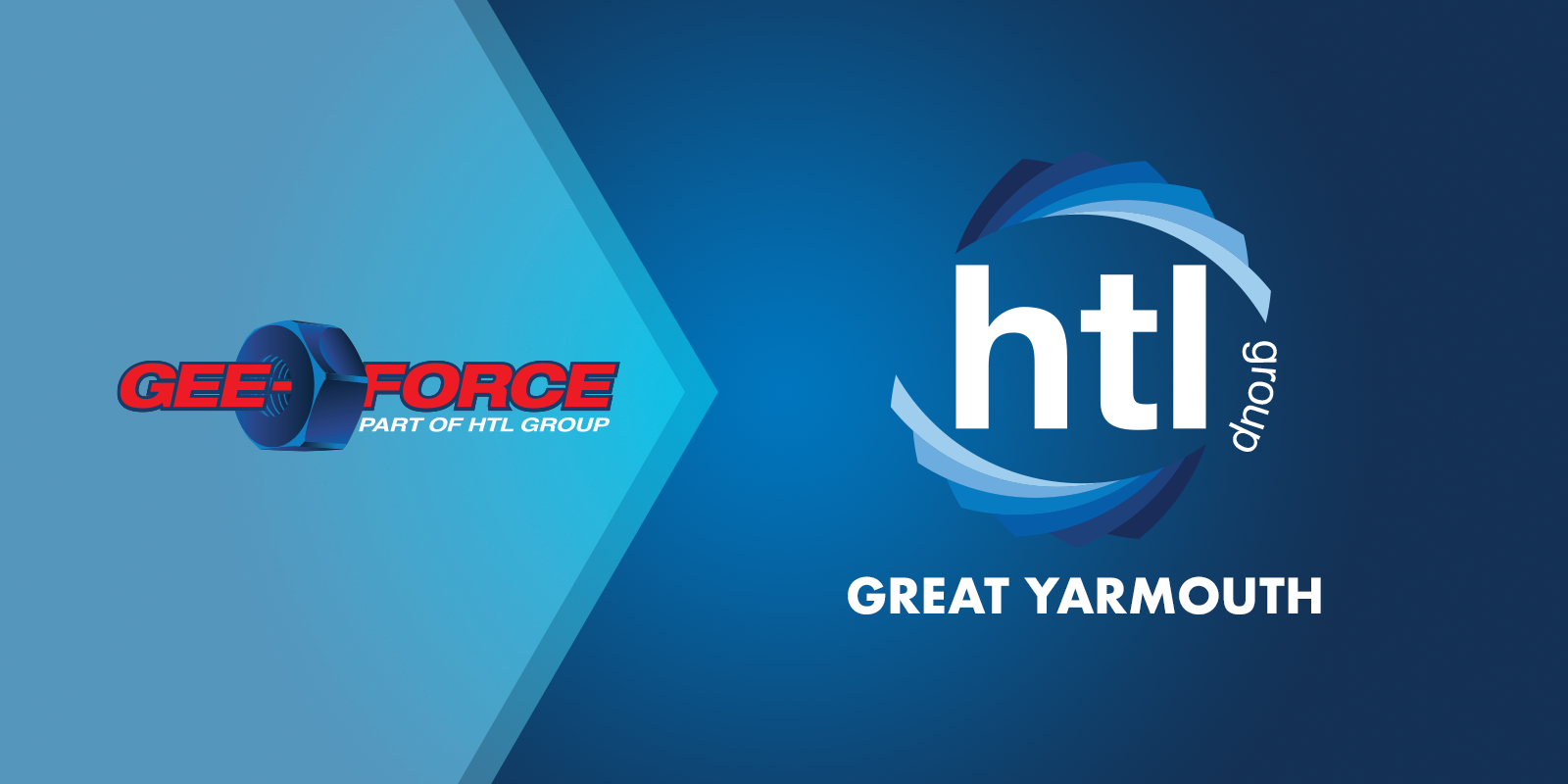 The decision to rebrand Gee-Force, previously presented as part of the HTL Group, has been a critical element of an extensive rebranding effort in response to accelerated company growth and renewal to its corporate vision. The rebrand becomes effective from 1st January 2021 and at the heart of this rebranding with a change of the company name from Gee-Force to HTL Great Yarmouth will see an update to the corporate logo too.

The HTL Group has been incorporated since 1996 and are controlled bolting and joint integrity specialists. The company remains headquartered in the North East of England, with strategically located facilities across the East coast of the UK and Australasia.

The HTL Group and Gee-Force Hydraulics previously partnered back in 2016, as HTL Group looked to expand their UK footprint in the South East of England. The successful partnership later led to Gee-Force's acquisition in 2018 and now the official rebrand to The HTL Group. The Group's continued investment within the local Great Yarmouth region is extenuated as they commit to a larger premise, which will occur Quarter 3 2021, strengthening its commitment to supporting customers locally.

With a focus on supporting operations in multiple, on and offshore industries, the investment in larger premises within the region will give customers much more extensive access to the HTL product, service and Training portfolio. With the ability to provide ECITB and GWO Approved Training Courses for larger groups of delegates, the Great Yarmouth region's Training portfolio will include On-Site Machining Training courses.

Marc Gerrard, UK Commercial Director, comments, "We are extremely pleased to see The HTL Group brand become renowned in the South East of England, just as we have seen our company grow within the North East of England and Scotland. We have seen the company evolve over the years and our footprint within the local Great Yarmouth region is an exciting opportunity to continue that evolution. It enables us to invest further in the local community and develop new business opportunities."

Danny Peachey, Manager - Great Yarmouth, adds, "We have seen a big ambition to grow the business, and with The HTL Group brand behind us, will make the financial commitment to the region a success. The HTL Group name is synonymous with a commitment to its customers, so we are pleased to see this transition into the local community as well, as we move into a larger premise."

HTL Group are controlled bolting and joint integrity specialists, supporting customers across all industry sectors with the hire, sale, service, repair, and training of premium-quality equipment. An expanded product and service offering from being an Authorised Enerpac Distributor and Service Centre ensures that the HTL Group commitment to provide customers with a full suite of services is committed.