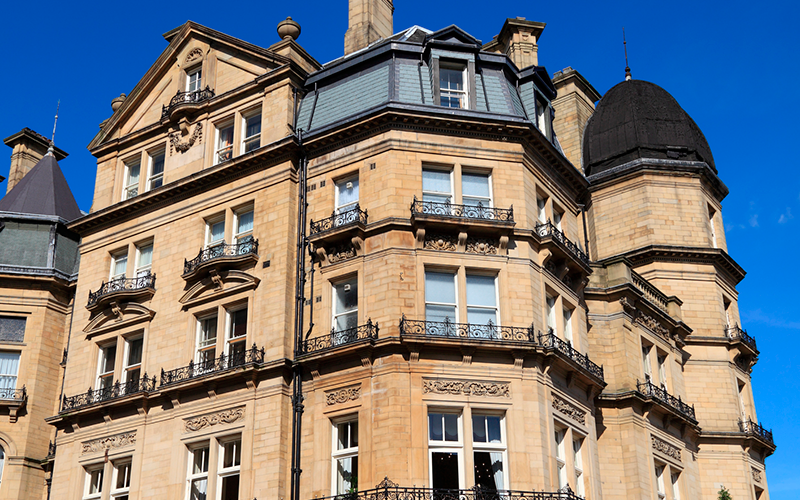 A hotel in Yorkshire has been fined £24,000 for failing to act quickly enough to deal with asbestos in the Grade II-listed building.

The hazardous material was found in several areas at Bradford's Midland Hotel in November 2017 but removal work did not start until spring 2018.

The fine would have been a ‘six-figure sum’ if it weren’t for the impact COVID-19 has had on the hospitality sector, the judge said.

Investigators from Bradford City Council found that asbestos had been discovered in areas used by staff, but not guests, including a basement corridor, a lift shaft and a former kitchen area. A former hotel manager alerted the local authority.

When officers arrived to investigate, staff were unable to produce paperwork of risk assessments, Bradford Magistrates' Court was told.

The company had spent more than £100,000 since 2018 on asbestos removal but admitted there had been 'unacceptable delays', the court heard.

Other charges related to a defect on a goods lift in the hotel, and another related to the hotel’s policy of working from height, after a worker fell from a ladder while fixing a light.

Charles Row, representing Peel Hotels, said that until recently the company had an annual profit of £15.5 million but was now 'making a thumping loss' due to the pandemic.

District judge Richard Clews said 'there was no deliberate cost-cutting, more a failure to keep on top of things'.

He added: 'These are very different times, unprecedented times, particularly for the hospitality industry, and I must reflect that in the penalty I impose.'

As well as the fine, which must be paid within 12 months, Peel Hotels – owner of the building since 1998 – was ordered to pay £6000 in prosecution costs.