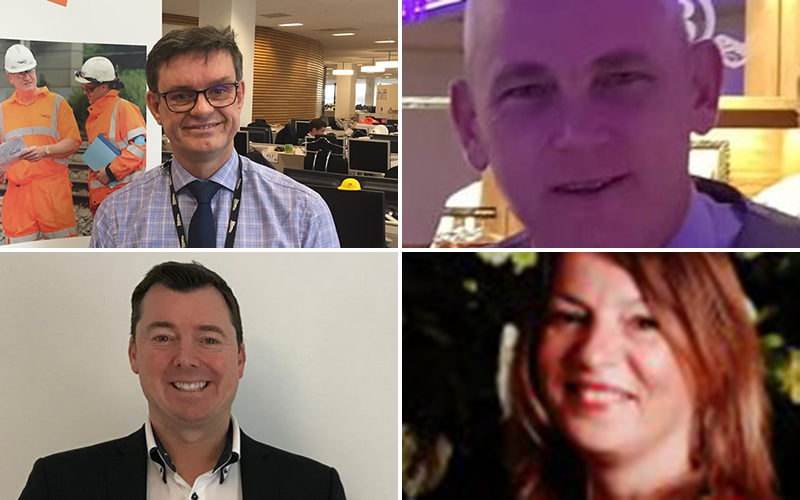 Four occupational health and safety professionals have made the UK's New Year Honours list for 2021.

Published annually to mark the achievements and service of extraordinary people, the list recognises the commitment and dedication to improving the lives of colleagues and local communities.

Shock and disbelief was Karl's response to receiving his honour.

'When I found out it was for services to mental health policy in light of my work throughout the past decade in supporting the government to develop and introduce mental health policy and guidance that supports business and society, I was overwhelmed with this level of recognition,' he told IOSH magazine.

Heathrow's safety, health and wellbeing director Amanda Owen was awarded an MBE for ‘Services to Transport, particularly during the COVID-19 response’ in the Queen's Honours.

'I am honoured and thrilled to receive this award,' she said. 'I've worked in aviation for more than 10 years because there is something very special about it. I'm therefore especially delighted to be recognised for my services to transport.'

Last year, Amanda spoke to IOSH magazine about how the airport established an industry-leading COVID testing facility in Terminal 2 to pilot passenger testing.

'I am absolutely delighted, proud and humbled to receive such an honour in a year like no other'

'Heathrow's response to COVID continues to be an enormous team effort,' she added. 'I am very proud to be part of the team who are working so hard across the airport to keep our colleagues and passengers safe during such a challenging time.'

Paul Miller CMIOSH, senior manager at supermarket Asda, was awarded an MBE for services to retail during the COVID-19 response. He worked tirelessly during the pandemic to ensure the health and safety of colleagues and customers. His employer said he assessed more than 40 roles from across the business to create an extensive risk management programme for each as well as carefully reviewing around 50 chemicals, PPE and equipment.

'I am absolutely delighted, proud and humbled to receive such an honour in a year like no other,' he told IOSH magazine. 'It has been a privilege to work with so many dedicated people to ensure we keep people safe while feeding the nation during the pandemic.'

Finally, Martin Frobisher, group safety and engineering director at Network Rail, was awarded an OBE for his work supporting the railway response to the coronavirus, the construction of the Nightingale hospitals and supporting the army reserves.

Nominated for going above and beyond in his response to the COVID-19 pandemic, Martin used his role at Network Rail and experience as an Army Reservist Major to play a critical role in the construction of the Nightingale Hospital in Manchester. Having attended a meeting with the NHS, he identified gaps in logistics and operations, and subsequently mobilised Network Rail colleagues to help with organising external logistics into the hospital, as well as providing a warehouse for secure off-site storage.

Martin managed the development of emergency engineering standards and risk assessments which were needed to keep the rail network moving during the crisis. He also worked with a supplier on an app – Mind the Gap – which helped get Network Rail colleagues back into offices safely to help ensure the continued safe and reliable operation of the railway for those who needed it.

He said: 'This is completely unexpected. I am so surprised and extremely grateful to be included in the Queen’s New Year Honours list. This was a real team effort and there were many people throughout Network Rail who helped to deliver this, so I want to say a massive thank you to them. This award belongs to the whole team. I am humbled to have worked alongside so many incredible people this year who did amazing work to help the NHS and keep the country moving.'