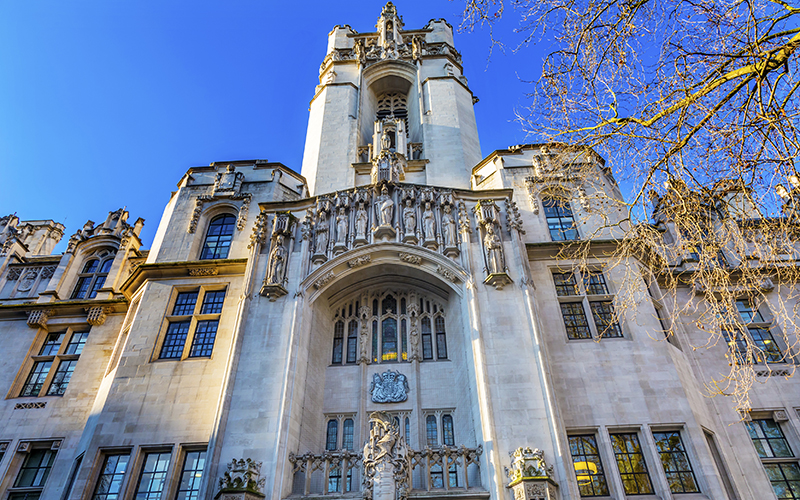 Health and safety lawyer Peter James sets out how a ruling on ‘unlawful killing’ will impact workplace death inquests.

In November, the Supreme Court reached a judgment that has changed long-accepted coronial law and practice concerning the ‘standard of proof’ that is needed to reach a conclusion of suicide or unlawful killing in inquests.

The Supreme Court’s majority decision (3-2) in R (on the application of Maughan) v Her Majesty’s Senior Coroner for Oxfordshire held that short form conclusions of suicide and unlawful killing in inquests should now be decided on a civil standard.

Previously, evidence to support a conclusion of unlawful killing, whether murder, manslaughter or infanticide, had to reach a criminal standard – beyond reasonable doubt. The criminal standard is more stringent than the civil standard of proof – the balance of probability.

Whether this decision is correct is moot, but there is no doubt it will have a significant impact on inquests, and the approach taken by coroners, families of the deceased, and the individuals or organisations suspected of causing or contributing to the death. In particular, it could have significant repercussions for inquests arising out of workplace fatalities.

The judgment concerned the 2016 death of James Maughan in HMP Bullingdon, who was found hanged within the prison. At the inquest, the Senior Coroner applying the criminal standard of proof ruled that the short form conclusion of suicide was not open to the jury. The evidence was insufficient to enable a jury properly instructed to be satisfied so that it was sure that the deceased has intended to take his own life. The jury subsequently returned a narrative conclusion determining that on the balance of probabilities, the deceased had intended to commit suicide.

Suicide is a controversial and emotive conclusion for an inquest to reach. Families often want to avoid a suicide conclusion for social/religious reasons, a point evidenced in this inquest, as the family of Mr Maughan did not want a finding of suicide which was contrary to their Roman Catholic beliefs. Mr Maughan’s family brought a claim for a judicial review to establish that the jury’s conclusion of suicide was unlawful.

The matter subsequently arrived at the Court of Appeal where it was confirmed the short form conclusion of suicide should be decided on the civil standard. The Supreme Court has settled the issue and the law by deciding the standard of proof for short form conclusions of suicide and unlawful killing should be the lower civil standard. Lady Arden, delivering the majority decision, concluded that the criminal standard could result in suicides being under-recorded. Societal attitudes to suicide had changed and the role of inquests has developed to be concerned with investigating the deaths to determine the facts, not pursuit of criminal justice and apportion of blame or guilt.

To establish the above beyond reasonable doubt was a significant hurdle and limited the number inquests returning a conclusion of unlawful killing. The standard of proof now required is on the balance of probability.

It is more likely that an ‘unlawful killing’ conclusion could be reached by adopting the civil standard of proof, on the balance of probability, rather than the criminal standard, beyond reasonable doubt. With regard to workplace deaths, the judgment is likely to have widespread impact on the following groups.

Families of the deceased

In many inquests, particularly those involving accidents at work where a coroner must summon a jury, it has become common practice for the family of the deceased to press the coroner to leave the conclusion of unlawful killing where there is evidence of a failure to follow safe working practices and procedures or guidelines issued by the regulator. With the standard of proof reduced to the civil standard, coroners are likely to face an increasing number of submissions to leave unlawful killing to a jury.

Organisations and employers involved in inquests as interested persons are more likely to face a conclusion of unlawful killing where there is evidence of the failings highlighted above. Those advising and representing employers are likely to take a more robust approach to the inquest in terms of disclosure, privilege and expert evidence. Expert evidence obtained by the coroner is more likely to be challenged with properly interested persons (PIPs – whether families or employers) obtaining their own evidence to establish whether there was a breach of duty, whether that breach could be said to be grossly negligent, if there was a risk of death as a consequence of the breach and whether the breach caused the death. Inquests are likely to become more adversarial and mirror criminal and civil trials.

This approach will require greater resources and increase the cost of preparation and representation at an inquest. Insurers providing cover for representation at inquests are likely to see increased claims for costs including the instruction of experts.

Coroners are likely to come under far greater pressure to leave a conclusion of unlawful killing where the evidence suggests shortcomings on the part of employers and/or other individuals. As indicated above, those representing families and other PIPs are likely to try to call expect evidence. This is likely to extend the inquest process and result in greater numbers of pre-inquest review hearings to manage the evidence. Many inquests are likely to take longer to conclude with more witnesses and expert evidence. The Coronial Service is under resourced and is likely to be put under more strain while bracing itself for inquests arising out of the coronavirus pandemic.

Juries are likely to reach a conclusion of unlawful killing in greater numbers now the standard of proof has been reduced. Current practice following a conclusion of unlawful killing is to refer the matter to the Director of Public Prosecutions, the police and CPS, to reconsider whether there is sufficient evidence and a public interest in bringing a prosecution for gross negligence or corporate manslaughter.

There is potential now for the CPS or police to conclude there is insufficient evidence to pursue a criminal case for manslaughter. This would then go to inquest, where there is every chance a Coroner and jury reach a conclusion of unlawful killing, based on the balance of probabilities. The case would then have to be referred back to the police for a second investigation – creating a paradox of sorts. For employers and individuals named as PIPs, there is the increasing prospect of a further criminal investigation after being advised by the police or CPS they will not be prosecuted for gross negligence/corporate manslaughter.

The decision in this case is going to have a profound impact on the inquest process. Families will see the reduced burden for unlawful killing as a greater opportunity for justice. For employers and others identified as PIPs, there is a greater prospect of a conclusion of unlawful killing that may involve months of further investigation and uncertainty, as well as significant reputational and financial damage. The face of the coronial process has changed significantly, for all involved.

Peter James is partner and head of health, safety and environment at law firm BLM