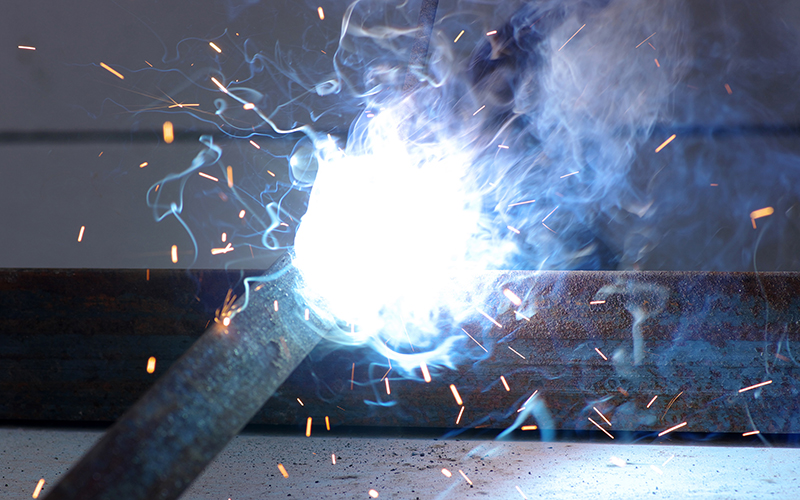 The Atomic Weapons Establishment (AWE) has been fined £660,000 after a flashover of electricity from a 415V source narrowly avoided a demolition contractor.

The prosecution by the Office for Nuclear Regulation (ONR) was brought following an incident at AWE’s Aldermaston site on 20 June 2019.

A number of buildings were to be demolished and Gully Howard Technical was contracted to undertake asbestos surveys on each one. They were led to believe that the buildings were closed and were not connected to a live electrical supply. The facilities manager had signed off AWE’s safe system of work with an entry stating ‘power isolated and disconnected’.

On the morning of the incident two Gully Howard workers were handed keys to the switch room. There was an electrical isolation tag warning that the isolation must not be removed without authority. This reinforced the workers’ belief that there was no live electrical circuit.

'While AWE has introduced and is delivering a programme of electrical safety improvements, it is clear that there is still further work to be done'

One of the workers used a chisel to unscrew the middle flash guard for asbestos sampling purposes. The chisel came into contact with a live conductor and he heard a loud bang. The contact caused an electrical arc but fortunately the worker avoided an electric shock from what was in fact a live 415V connection.

AWE has a history of safety breaches in relation to electrical risks. In April 2016 it received a formal enforcement letter from the nuclear regulator highlighting concerns after one of its employees suffered a severe electric shock.

In June 2017 another employee sustained a minor burn injury when he inadvertently made contact with a live busbar on a 415V terminal.

The risks presented by live electrical circuits are well known and should have been at the forefront of the defendant's mind given this past history, said the ONR’s solicitor.

AWE plc pleaded guilty to breaching section 3 of the Health and Safety at Work Act by failing to conduct its undertaking in such a way as to ensure that those not in its employment, such as the Gully Howard workers, were not exposed to risks to their health and safety in relation to the risks arising from live electrical circuits.

In calculating the fine, Judge Dodds deemed the culpability as medium, with a very high risk of harm (electrocution). With a £900 million turnover, AWE is classed as a very large organisation and with a previous conviction, the starting point for the fine was £1.5 million. This was then reduced to £1 million to reflect mitigating factors, including full co-operation by AWE, new systems and genuine remorse. Further, a £333,000 discount was applied for its early guilty plea.

Speaking after the hearing, Donald Urquhart, ONR’s deputy chief inspector and director of operating facilities regulation, said the fine recognises that AWE plc fell short of its duty to protect the safety of a contractor working on its site and warned he will continue to monitor compliance.

‘While AWE has introduced and is delivering a programme of electrical safety improvements, it is clear that there is still further work to be done,’ he added. ‘I have asked my team of inspectors on this site to maintain regulatory oversight of delivery of these improvements.’

In a statement, AWE’s chief executive Alison Atkinson said: 'I deeply regret that the incident of 20 June 2019 occurred, and recognise that on this occasion, AWE fell short in its legal duty to protect the safety of workers employed by a contractor on our site.’