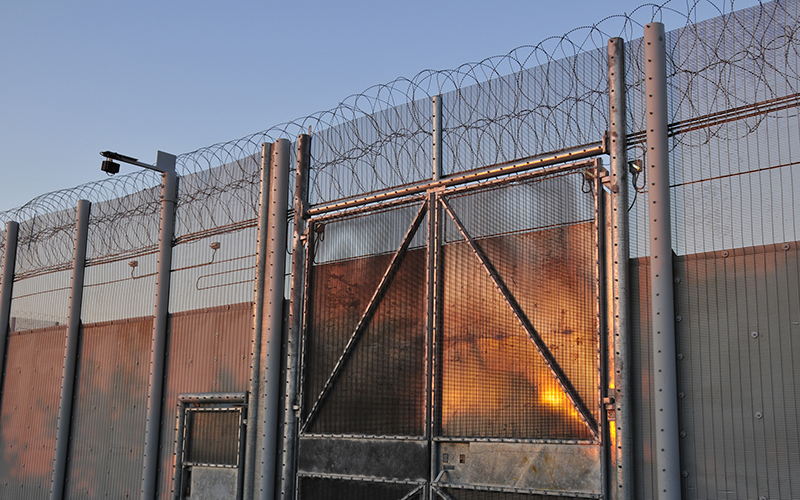 Her Majesty’s Prison & Probation Service (HMPPS) has been handed a Crown Censure by the Health and Safety Executive (HSE) after nine prison officers suffered burns during a training exercise.

By accepting the Crown Censure, HMPPS has admitted breaching its duty under sections 2(1) and 3(1) of the Health and Safety at Work Act. There is no financial penalty but the censure is an official record that HMPPS broke the law.

The incident happened in June 2018, while the prison officers were taking part in a petrol bomb training exercise, designed to train officers how to deal with a prison riot.

Each of the trainee commanders had already completed the petrol bomb activity twice while leading serials of six prison officers, using their shields for protection, navigating a petrol bomb at their feet and a second petrol bomb to the side without any issues.

The trainees were then told to line up in three rows of six. Between four and 10 petrol bombs were thrown at the group and they became engulfed in flames, which burnt through their protective clothing, forcing them to break ranks to try and extinguish the flames underneath a nearby water fountain.

The officers suffered burns to their bodies, varying in severity from minor burns and scalds to third degree burns. Some continue to suffer from their physical injuries and others from symptoms of post-traumatic stress disorder (PTSD).

The investigation revealed that HMPPS failed to call an ambulance, and instead took the officers to hospital in a minibus. The injuries were not reported to HSE until four months after the incident.

The practice of petrol bombing the whole group of trainee commanders was not part of the official training and there was no requirement for it in any documentation or training manual, the HSE found.

The person making the petrol bombs for the exercise did not recall being trained in the handling of petrol or having any instruction in how much petrol each bomb should contain; and had created a maximum of 48 petrol bombs consisting of two thirds of a pint of petrol in each milk bottle.

Carol Downes MBE, an HSE inspector on HSE’s Defence and Public Protection Team, said: 'HMPPS was using practical training to prepare officers to deal with high risk situations of serious disorder in prison establishments. We accept that this type of training comes with an additional level of risk, but this does not mean that the risks during that training should be uncontrolled.

'HMPPS, like any other employer, has a duty to make sure that where work or training is to be done that causes danger, that danger or risk is controlled as far as they reasonably can. Unfortunately, on this day those risks were not adequately controlled resulting in nine prison officers suffering burn injuries.'