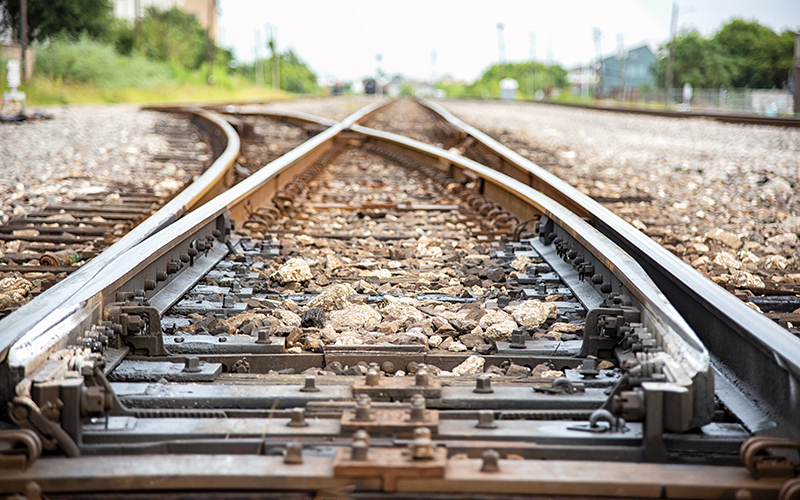 The Rail Accident Investigation Branch (RAIB) has made a number of recommendations after track workers were fatally struck by a train last year.

At around 09:52 hrs on Wednesday 3 July 2019, a group of six staff were carrying out a maintenance task on a set of points at Margam, Neath Port Talbot on a line that was open to traffic. A passenger train travelling from Swansea to London Paddington at about 50 mph (80 km/h) approached and despite the driver applying the emergency brake and sounding the horn, the train struck Gareth Delbridge, 64, and Michael (Spike) Lewis, 58, and narrowly missed a third worker.

The accident occurred because the track workers were working without the presence of formally appointed lookouts to warn them of approaching trains, the RAIB found.

The investigation revealed that all three workers were almost certainly wearing ear defenders, because one of them was using a noisy power tool, and all had become focused on the task they were undertaking. None of them was aware that the train was approaching until it was too late for them to move to a position of safety. Subsequent acoustic measurements showed that they would not have been able to hear the train’s warning horn.

The RAIB report found several factors which led to the deaths, relating to the work itself, the way the safe system of work was planned and authorised, the way in which the plan was implemented on site, and the lack of effective challenge by colleagues on site when the safety of the system of work deteriorated.

Nine recommendations were made to Network Rail and include:

Responding to the report, noise protection expert Dr David Greenberg, CEO of Eave, believes it represents a 'missed opportunity' to improve the safety of railway workers.

'One of the main causal factors of the accident was that track workers did not hear the train approaching,' he pointed out. 'Why didn’t they hear it? According to the report it was because they were "using a noisy machine" and so were unable to hear the oncoming train’s horn or the shouts of their colleagues. With this frustratingly superficial conclusion, the report moves on – completely failing to call out the role passive ear defenders played in the accident in what is a critical section of the report.'

Adding that passive ear defenders 'effectively blindfold the ears, dramatically reducing situational awareness, and making workplace accidents much more likely', he stated that if the victims of the Margam accident had been issued with active hearing protection with hear-through functionality they would have had a much better chance of hearing the oncoming train’s horn – and the shouts of their colleagues – and clearing the track in time.

'The RAIB’s report says that Network Rail is already "seeking technical advice from the Rail Safety and Standards Board (RSSB) on the appropriateness of hearing protection for track workers". This is quite simply not good enough. We call on Network Rail to mandate active hearing protection for all of their workforce – without delay. Railway workers should not have to choose between deaf or dead; there is no reason to delay and risk the loss of further lives.'

In response, Martin Frobisher, Network Rail’s safety director, said that the company has already made good progress to improve safety for rail workers, especially by reducing the amount of work that takes place while trains are running and restricting any such work with tools that emit a high level of noise. 'We are determined to continue to improve safety across the network in the most effective way possible,' he told IOSH magazine.

'The railway family continues to mourn the loss of Gareth and Spike almost 18 months ago, and our thoughts remain with their families, friends and colleagues. We owe it to them to do everything in our power to prevent another tragedy on our railway,' he added.