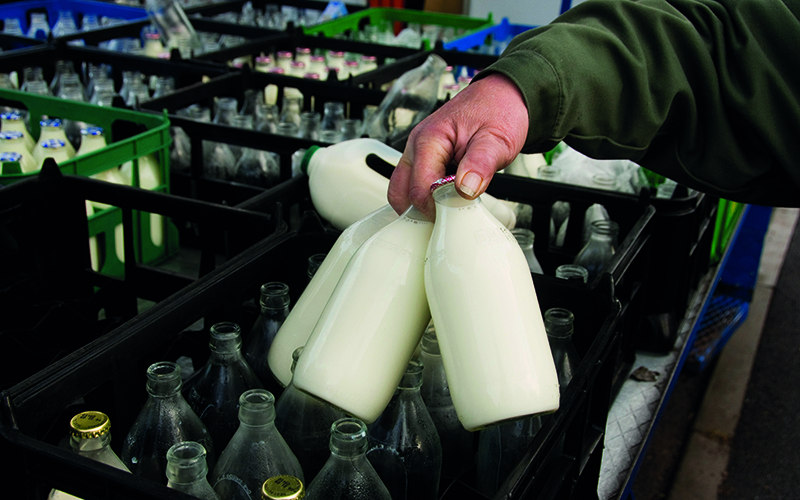 A milk delivery driver has successfully appealed against the decision to acquit National Galleries of Scotland in his claim for damages after he was injured on its premises.

Andrew Wright had made deliveries to the Scottish National Portrait Gallery in Edinburgh many times through a rear fire exit. From 18 November 2016, the gallery asked him to deliver by the front entrance. The accident occurred the day after the route changed.

At 6.40am Andrew proceeded to make the delivery via the front entrance. The gallery attendants let him in, and he pushed a wheeled cage of milk to the kitchen area delivery point. He was unable to see a step down in the corridor, so the cage suddenly dropped and Andrew fell, injuring himself.

He pursued claims for damages from National Galleries of Scotland (NGS) as it was responsible for altering the out-of-hours access arrangements for his deliveries. It was argued that it had breached its common law duty to take reasonable care for his safety, as well as its statutory duty under the Occupier’s Liability (Scotland) Act 1960 and a breach of duty of care to employees, including vicarious liability. At trial in 2019, the sheriff acquitted NGS of liability, and Andrew appealed the decision.

The Sheriff ’s Appeal Court considered the sheriff ’s original consideration of the nature and extent of the defendant’s control of the gallery, and how this impacted on its obligation to address foreseeable risks to those making deliveries to the premises.

The Appeal Court ruled that if the original sheriff had recognised the extent of the NGS’s control at the time of the accident, that should have informed it of its duty of care as an occupier under the Workplace (Health, Safety and Welfare) Regulations 1992. Those regulations stipulated NGS’s duty of care to those working in the gallery as well as its visitors. It also required the occupier to ensure suitable and safe access or traffic routes within the gallery.

When NGS decided to alter the route for deliveries, it should have considered how to organise pedestrian routes in a way that was safe for the delivery. The new arrangements failed to do that and simply stated that the delivery should be made to the front entrance rather than the rear fire exit. NGS failed to consider the safety of pedestrian traffic routes and, based on the evidence, it appeared that there was no clear understanding of a system of access for the milk delivery, let alone how that system of access could be made safely.

The sheriff had acknowledged that any step was a hazard, and in this case the hazard could have been avoided through the use of an alternative access route, such as using the rear fire exit as had been the case previously. It was also reasonable that the hazard could have been mitigated by means of a ramp or at the very least, a warning sign. The defendant had full knowledge of the end point for the milk delivery – in the gallery’s kitchen area – so should have therefore considered how he would be able to safely access this location.

The Sheriff ’s Appeal Court allowed the appeal and awarded Andrew £1875 in damages.

This article was provided by legal experts Cedrec.