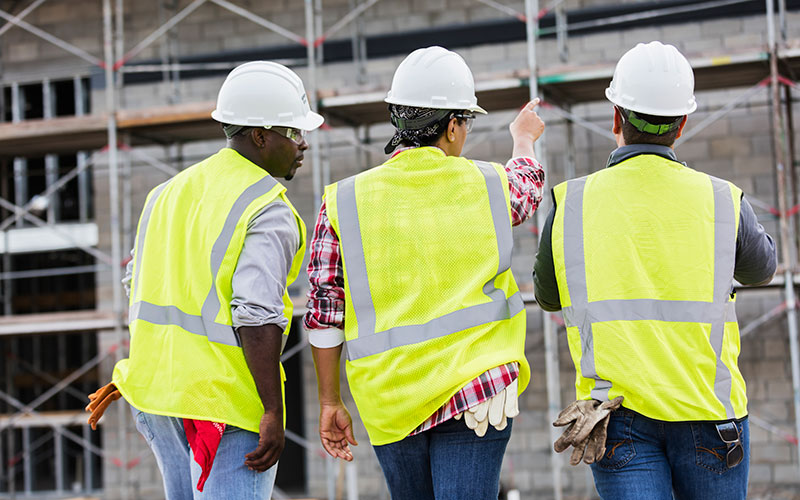 Construction professionals should engage with their peers in the high hazard oil and gas and chemical sectors as they wake up to the reality of 'safety cases' and a new culture of accountability brought in by the Building Safety Regulator, Dame Judith Hackitt told MPs last week.

Summarising the shift, Dame Judith said: 'They can no longer rely on "I did what the rules said"; from now on, they will have to demonstrate to the regulator that the building is safe. That culture change needs to start happening across the board.'

But she urged built environment professionals to 'recognise that there are other people out there in different industry sectors who can help them, who can support them and can be part of training them … by learning from the experiences of people who have gone through similar things.'

Dame Judith was giving evidence to the Housing, Communities and Local Government Select Committee, as part of the MPs’ work to scrutinise the draft Building Safety Bill.

'We need to raise competence throughout the sector, but for certain critical roles there will be a need to be accredited independently in the role they fulfil'

The Bill creates new responsibilities for construction teams and landlords of existing residential buildings over six storeys; 13,000 are thought to be in scope across England.

The new legislation could result in prosecution and criminal sanctions if an adequate 'safety case' is not submitted to the new Building Safety Regulator, or improvement notices are ignored.

The MPs also grilled HSE chief executive Sarah Albon and Peter Baker, the HSE’s head of building safety and construction, who gave more details of how the forthcoming regulator would operate.

Albon revealed that the Regulator is expected to have a staff of 700 to 800, headed by a new Chief Inspector of Buildings; the role comes with a seat on the HSE executive committee and has recently been advertised at a salary of up to £140,000.

Baker said that dutyholders in construction needed to get to grips with the bill’s new terminology and concepts, and to start preparing for their new duties. To help, the HSE hoped to produce sample safety case documents showing 'what good looks like' in the next few months.

This would be part of a stepped-up engagement campaign, he said. 'We need to start flexing our muscles and being more visible as the prospective regulator, and taking people with us on this journey.'

In her evidence, Dame Judith also argued that construction professionals should 'aspire' to become building safety managers (BSM), because of the status of the future role and the social purpose that lies behind it.

The Bill says that an  Higher Risk Residential Building's (HRRB) accountable person – probably the client or landlord – will appoint a BSM to be responsible for the day-to-day management of fire and structural safety, and for creating a clear point of contact for residents on fire and safety-related issues.

Hackitt said: 'What we are doing is creating new and responsible roles that people should aspire to fulfil because they have a very worthy purpose. Being a Building Safety Manager ought to be regarded as an important role to fulfil and should be rewarded accordingly.'

She was responding to Bob Blackman, Conservative MP for East Harrow, who voiced widely-expressed concerns that there could be a shortfall of BSMs, given the stringent competence requirements and potential difficulties in securing Professional Indemnity insurance.

Last week’s evidence session coincided with the publication of Setting the Bar, the final report of the industry-led Competence Steering Group, set up as part of the Hackitt Review process.

According to the sub-report from Working Group 8, which define the role of the BSM and the skills needed to carry it out, a BSM – hired in-house or a named individual working for external consultants – should:

Albon also took up the theme of culture change in construction, which – under the proposed legislation – will be asked to about report all fire safety or structural issues to the regulator.

'In some industries [such as COMAH sites in the chemical sector and in the aviation sector] a culture of self-reporting has developed successfully, and there is a strong sense of a no-blame culture if you self-report – it shows that you’re learning and helping your industry to learn,' she said.

Albon and Hackitt were both asked whether construction professionals working on HRRBs should be officially 'registered', or licensed, to take on specific roles.

Albon gave an equivocal answer, saying: 'We need to answer the questions: who is the register for and what use would they make of it? We would need to get the balance right between creating a machine that keeps registers up to date, and a scheme that ensures people are held accountable.'

But Hackitt gave the idea her backing. 'We need to raise competence throughout the sector, but for certain critical roles, like principal designer, principal contractor and building safety managers, yes there will be a need to be accredited independently in the role they fulfil.

'We need a system [of third party accreditation], although whether that’s held by the regulator or by the professional bodies remains to be determined.'