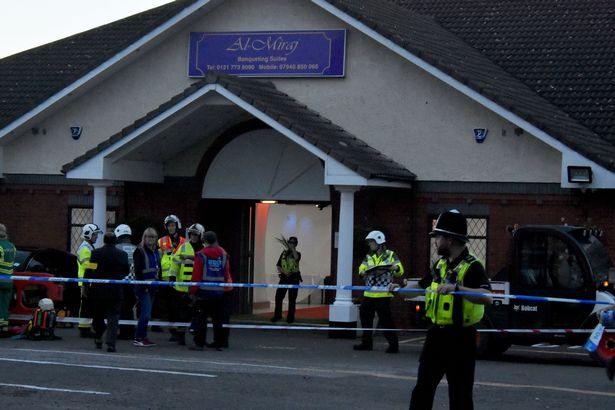 The owners of a Birmingham banqueting suite where a ceiling collapsed during a school event and the builder who installed it have been prosecuted.

On 20 July 2017, around 400 people were attending a graduation ceremony at Al-Miraj Banqueting Suite, when a large section of the suspended ceiling, which had been installed 17 months earlier, fell onto children and adults.

An off-duty fire officer who was present at the event managed to evacuate all attendees before the ceiling completely failed. Six people, including two girls and a young boy, had to be treated by paramedics.

Investigators from Birmingham City Council found that structural drawings and calculations had failed to be submitted to the council for building regulations approval. Instead the contractor, Peter Lakin, used an unsuitable lighting layout plan to install the new ceiling, with no consideration to the weight that had to be supported.

Birmingham Crown Court heard that Jami Mosque and Islamic Centre (JMIC) failed to fulfil its duties under the Construction Design and Management Regulations 2015 by not appointing in writing a principal designer and principal contractor. Failing to ensure that the roles of all those involved were sufficiently clearly identified and communicated contributed to the poor planning, monitoring and management of the project, it was told.

Contractor Peter Lakin, 73, pleaded guilty to one offence under the Health and Safety at Work Act at an earlier hearing. He was handed a four-month prison sentence, suspended for 12 months, and ordered to pay costs of £2000.

Mark Croxford, head of environmental health at Birmingham City Council, which brought the prosecution, said: 'This incident shows what can happen if a business fails to ensure that building works are carried out in accordance with health and safety requirements – this could have resulted in serious or life-changing injuries to those from the school.'

The ceiling at Al-Miraj Banqueting Suite was subsequently reconstructed and a building regulation approval was submitted to Acivico (Building Consultancy), which is wholly owned by the city council, he added.