COVID-19: when every day is a school day 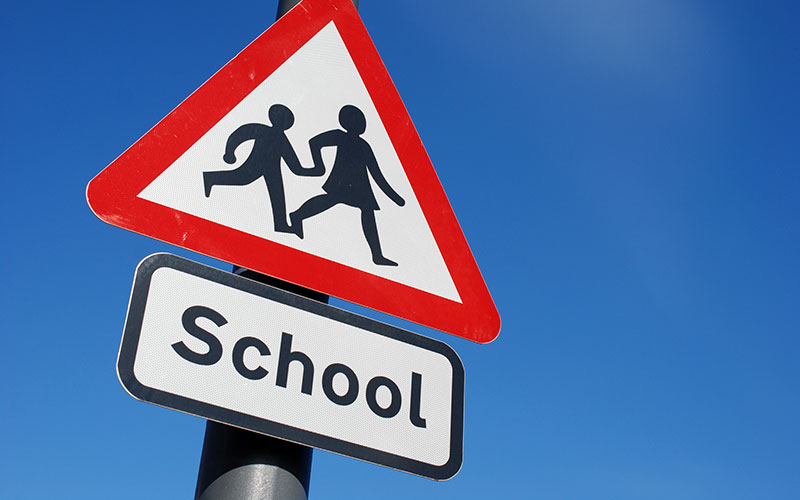 Prior to Kieran Williams GradIOSH starting a new job in January, he spent 15 years working at his local secondary school as a health and safety officer. A site with a population of almost 3000, part of his role in the last three of those years required him to advise a number of other schools in the local area on health and safety.

'A large site, a few thousand people to look after and remote facilities was certainly daunting,' Kieran recalls. 'But I had been there for such a long time and learnt so much on my journey through the multi-academy trust that it was home for me.' The fact that he was a student there for four years also made it easier.

Jump to the start of 2020 when Kieran accepted a new job at an independent school. It promised a fresh new start in a remarkable environment.

He had to find his way round a 400-acre site with multiple sleeping accommodation, sports facilities, equestrian, grounds and forestry, river and a near 200-room grade 1 listed building (that he still can’t find his way round).

While starting a new job always brings with it some worries, Kieran saw it as an exciting challenge. But though he had significant experience in the education sector, this was a whole new ball game.

Never be afraid to say: I don’t know… but I’ll get the right information and guidance to you shortly

'Learning the current policies and procedures, and the school's unique, positive ways working, getting to grips with the structure and meeting my new colleagues was all very exciting, but I was nervous all the same,' he says.

As with any new challenge, it was an opportunity to learn more and develop his knowledge base further. 'In a role where you are on hand to provide advice and guidance on occupational health and safety, it is extremely important to continue your professional development,' he adds.

Skip forward just two months, still in his probation, and the coronavirus started to take hold and the talk of schools was headline news. 'I was being tested in all manner of ways as well as trying to get to grips with my new job,' says Kieran. 'Now I was being asked about what the organisation should be doing to prepare and reduce the risks from a virus we knew nothing about only months ago. A virus I knew nothing about.'

This was something Kieran didn't have experience of. 'I have never had to advise someone on dealing with reducing the potential consequences of a virus. It was incredibly worrying for me. Not only was I still finding my way round my new workplace… but now I had to advise and guide on COVID-19.'

He spent the next two months worrying if he could provide the staff with the right information. Was he delivering guidance that was suitable? Was the risk assessment he began to produce sufficient?

'I had fears about my ability as an OSH professional to deliver during this crisis,' Kieran admits. 'I became deeply worried and scared that I wouldn’t be able to stand there as head of health and safety and guide people. I felt like I should be able know what’s going on and what to do.

'Someone once said to me, after asking for some advice about radon, that I should know everything. How is that possible? It’s not.'

While it is impossible to know everything, it is possible to find the knowledge, as Kieran soon discovered.

'I don’t think any practitioner has had to deal with absorbing and interpreting guidance and legislation that is changing so rapidly as right now,' Kieran notes. 'Being competent isn’t just about attending training, seminars, reflection and experiences – it’s also about knowing your weaknesses and where your understanding is being challenged. Only then can you develop further.'

Knowing how to research and provide the right information is key. 'Being part of a network and membership of an institute has been instrumental,' he adds.

'To any aspiring OSH professional, when asked about something you are not sure about, never be afraid to say: "I don’t know… but I’ll get the right information and guidance to you shortly”.

Thankfully, where Kieran works, everyday really is a school day. And he passed his probation with praise and appreciation.