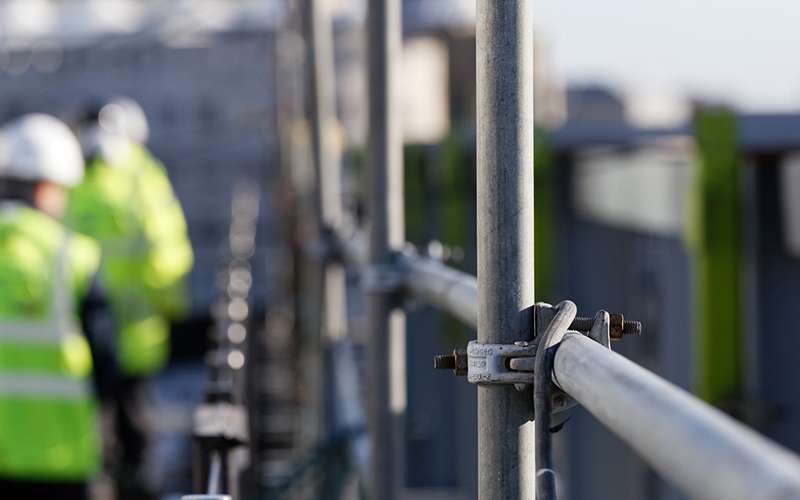 The director of a scaffolding firm has been handed a 12-week prison sentence, suspended for 12 months, after an employee sustained fatal head injuries when the structure he was working on collapsed.

On 16 February 2017, two operatives were working for Wembley Scaffolding Services, dismantling a structure on Cricklewood Broadway, London. The scaffold collapsed and one of the men fell least five metres onto the concrete pavement below. He died from his injuries a few weeks later.

The firm's director, Sean Chapple, had failed to carry out a suitable risk assessment, plan the work and provide a design for erection and dismantling of the scaffold, Southwark Crown Court was told.

Health and Safety Executive (HSE) investigators found that Chapple himself was not knowledgeable about the measures required to do this without putting people at risk and therefore didn’t follow the correct measures to ensure safe erection and dismantling of the scaffold.

HSE inspector Saif Deen said the case highlights the importance of following industry guidance in order to design and erect scaffolding in a safe manner, to prevent risk to workers using the scaffold. 'The death could have been prevented had the employer acted to identify and manage the risks involved, and to put a safe system of work in place,' Saif added.

Wembley Scaffolding Services pleaded guilty to breaching Regulation 3(3)(b) and 8(b)ii of the Work at Height Regulations and Section 33(1)(c) of the Health and Safety at Work Act. The company was fined £7860 and ordered to pay costs of £8940.