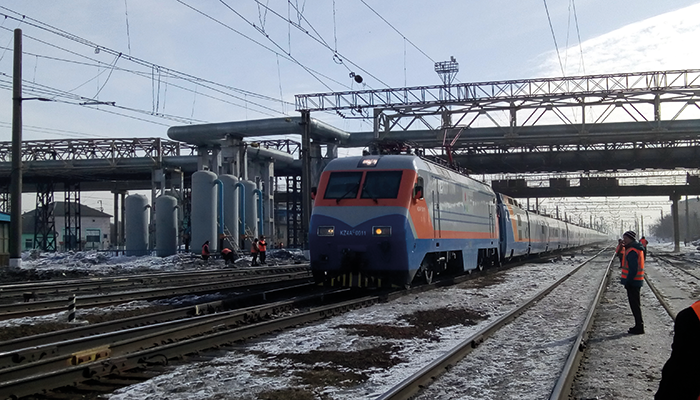 The safety culture at Kazakhstan’s national railway hadn’t moved on from its time under Soviet control. But in the last year, new HSE director Askhat Sariyev has started to change processes, practices and – most importantly – mindsets.

By any scale, national railway operator Kazakhstan Temir Zholy (KTZ) is a massive enterprise. It’s Kazakhstan’s largest employer, with more than 120,000 members of staff controlling 24,000km of track across a country listed ninth in the world by area.

However, size, scale and numbers aren’t KTZ’s biggest problems. As a former Soviet-controlled organisation, it has suffered from an endemic mindset that things are done in a certain way that shouldn’t be questioned. When it comes to improving health and safety, it’s a problem that could be likened to turning an oil tanker around.

In June 2019, Askhat Sariyev was made KTZ’s health, safety and environmental (HSE) director. A Kazakh by birth, Askhat has years of experience at international companies such as Royal Wagenborg and SICIM, and he was General Electric’s environmental, health and safety manager for all former Soviet republics. But he had never faced a challenge like this. 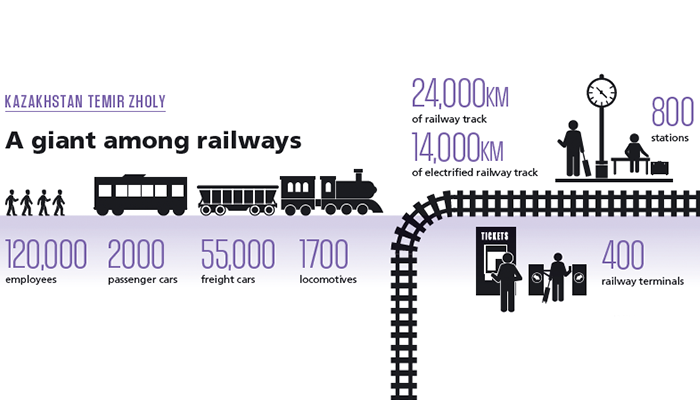 ‘In all my previous roles, everything was established. But with KTZ, I would be starting from zero,’ Askhat says. ‘That ex-Soviet attitude to HSE at KTZ meant the company was orientated towards reactive measures such as accident investigations, but little was done in terms of prevention. They knew about Western practices such as LTI frequency rate, but in practice they didn’t work effectively.

‘That meant every year the company was losing eight to nine employees. If we did nothing about that, every 40 days we’d lose another colleague. Or every 15 days we’d have a permanent disability accident. So my mission was to bring this entire company up to Western standards.’

As part of a safety culture analysis, the team identified three important areas:

Along with senior management, it was decided that the company should work towards the International Social Security Association’s Vision Zero goal, with the ultimate aim being to eradicate accidents. 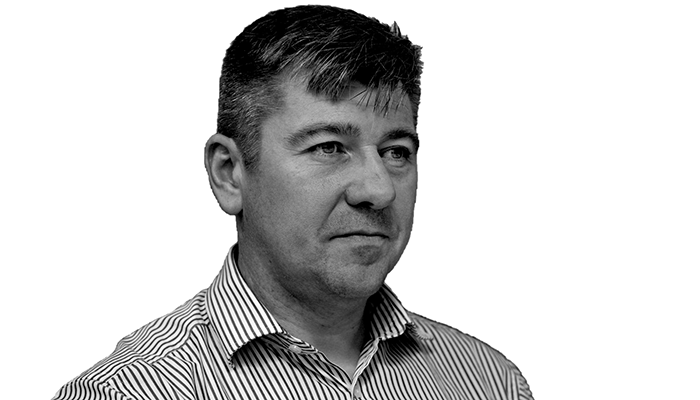 Derran Williams is senior health and safety adviser for the European Bank of Reconstruction and Development (EBRD), which has been supporting KTZ for a number of years.

‘We realised that KTZ is a large enterprise that’s old and underinvested. There’s a lot of work that needs to be done.

‘KTZ has always been reasonably good on safety but I felt that they needed some extra support. A few years ago I spoke with IOSH about the possibility of the EBRD financing a member of the IOSH Railway Group to go out to Kazakhstan and spend a week, sharing experiences. That resulted in Keith Morey’s visit [see overleaf], which was another important step in KTZ’s journey to safer working practices.

‘With Askhat’s lead there’s a programme to really drive up safety. We’ve seen the effect of that, and we’re delighted to support KTZ with its ongoing training.’

‘The health and safety department in the company had decent standards before I started, but they’d do things like produce massive manuals for operational staff and then expect them to follow all the guidance and be working to the new standard by the next day. It doesn’t work like that.

‘For example, when it comes to working in confined spaces, the company only worked to national legislation and hadn’t developed its own procedures, which need to exceed requirements. That meant it wasn’t just a matter of training, but we also introduced requirements for rescue equipment, something completely new to the company.’

Aside from specific high-risk activities, the HSE team also instigated a sea change in attitudes across KTZ, starting at the top. In November 2019, the company held its first-ever OSH forum where all senior management signed a safety management commitment and KTZ’s CEO signed a Stop Work Authority (SWA). The HSE team then started a company-wide intensive safety training programme, which began by preparing 300 internal trainers.

‘We developed a three-hour training course that we call Behavioural Safety Dialogue. This training course is mandatory for almost 90,000 employees, and by July we’d trained almost 80,000. By the end of the year, we’ll have completed around 300,000 training hours on this subject alone,’ Askhat says.

The SWA is also a crucial piece of the jigsaw but Askhat believes it alone would only have limited effect.

‘We didn’t just give employees the right to say stop if they felt something was unsafe, we’ve also given them a digital tool in the form of a mobile app that allows them to report near misses and unsafe conditions. They can also put the name of the manager responsible in the system and this person immediately receives notification on his mobile and is pushed to fix it.’

If staff are hesitant about using the app, they can report anonymously and those notices will go to KTZ’s compliance team.

But the app alone was not enough for the HSE team. To encourage its use and change ingrained mindsets, KTZ has launched an appreciation programme for safe behaviour, where staff can win money for using the system.

In terms of app uptake, the results have been astounding. Although it only went live in January 2020, already 80,000 KTZ employees are registered, with hundreds more signing up every day. The hope is that by the end of this year almost everybody will be using the app.

‘The app is self-analysing, so we can see how many near misses, stopped works, unsafe acts or unsafe conditions, or even how many positive things have happened and where they’ve taken place. So far we’ve had more than 5000 stopped works and unsafe conditions that have been interrupted and reported,’ Askhat says.

Although it has been an intense first year in the job, and Askhat is at pains to point out that KTZ is still only on the first steps towards a Vision Zero future, there are some positive early signs.

‘Last year we finished with four fatalities rather than the usual eight or nine, and this year looks like it will be similar, so we’re seeing positive changes,’ says Askhat.

‘We’re really working hard with this safety programme and our employees understand and want to work towards that idea of zero accidents. I think that’s the most important development: they believe that they’re able to make the changes needed. And that changing of the mindset has been our biggest achievement so far.’ 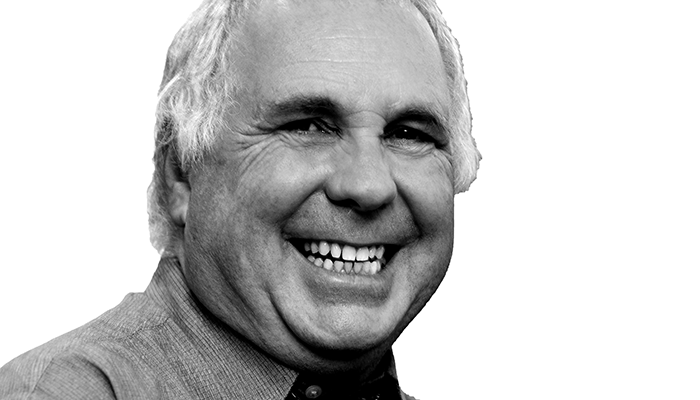 IOSH Railway Group chair Keith Morey went to Kazakhstan for a knowledge-sharing visit in March 2018, as part of the support offered to KTZ by the EBRD.

‘I thought it was something totally different to my experience of rail in the UK. It was interesting to see how a country puts together its infrastructure around railways and how they try to run it safely.

‘Kazakhstan is a former Soviet state. As they say themselves, they’ve had trouble moving away from the idea that “this is the way you should do something because this is the way it has always been done historically”.

‘Before my visit, KTZ had had a couple of quite serious accidents, resulting in fatalities. So the staff asked a lot of questions and obviously wanted to improve things. There were many things that they did well already, including safety briefings and PPE. I wanted to be able to say, “In the UK we do this, but I really like the way you do that” – and that approach worked really well.’ 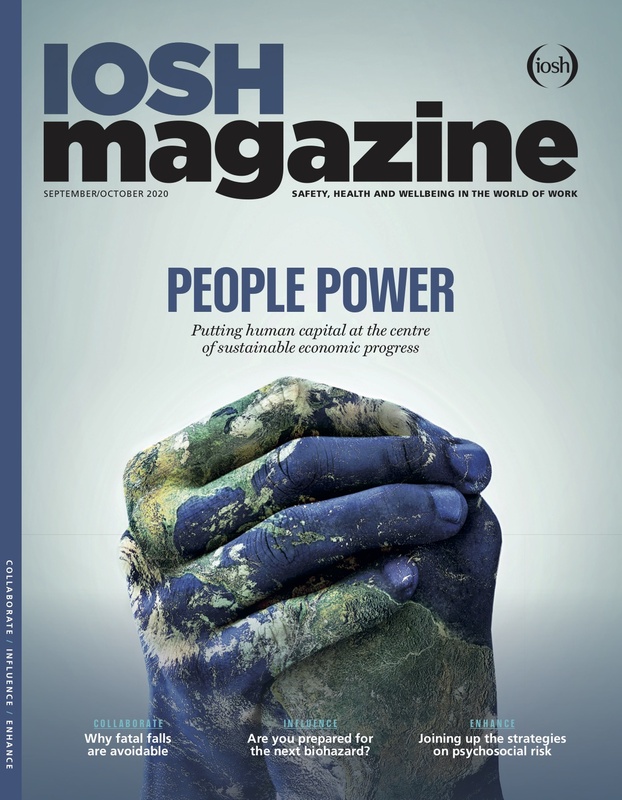