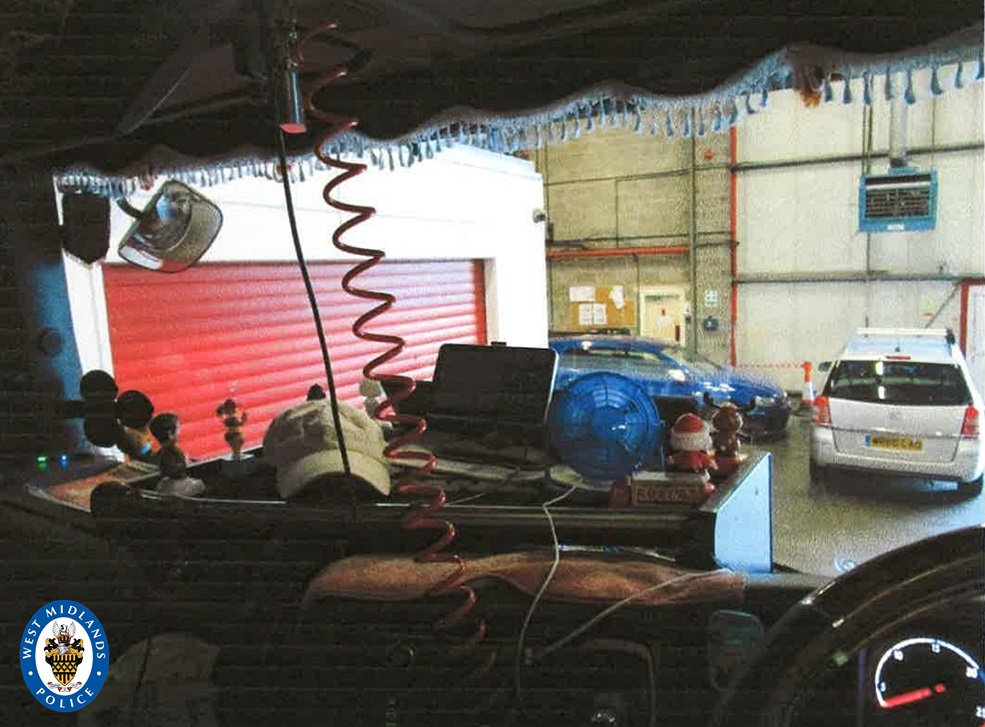 A haulage firm has been ordered to cease trading after it was found to have misled the Traffic Commissioner over events leading up to a collision in which a doctor died.

S & J Transport was told to close down three years after cyclist Dr Suzanna Bull was killed when she was struck by a lorry in Birmingham.

Suzie, 32, was wearing bright pink high-visibility clothing in a dedicated cycle lane when Robert Bradbury's lorry collided with her at a junction. The court trial was told the cab's dashboard was filled with clutter on top of a tray table (pictured above), reducing Bradbury's visibility. Dashboard tray tables are only designed to be used when the vehicle is stationary.

Last year the 51-year-old was found guilty of causing death by careless driving and was jailed for 21 months. He was also handed a driving ban.

S & J Transport admitted allowing its drivers to have obstructions in their windows and was fined £112,500 for failing to discharge its duty contrary to the Health and Safety at Work Act. It was also ordered to pay £3000 in court costs.

Following the trials, a public inquiry was opened by the Traffic Commissioner, which ordered the company to close down after it was found it deliberately lied at the hearing.

Investigating officer Mark Crozier from West Midlands Police's Serious Collision Investigation Unit listened to representations from the company that contradicted what was heard at the Crown Court trial.

He raised his concerns over key differences in the evidence put to the inquiry, and submitted evidence. Subsequently the company’s barrister admitted that his clients had lied about its involvement in allowing tables and other things on the dashboard such as a fan and toys.

As well as being ordered to shut down, the Traffic Commissioner banned its company directors and transport manager from carrying out similar work for five years.