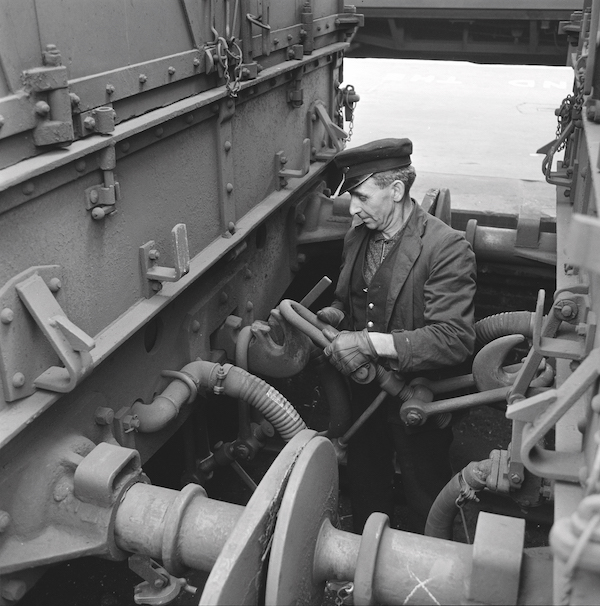 An ex-railway employee, who developed asbestosis as a result of exposure to asbestos dust while repairing railway carriages, has been awarded damages.

The 77-year-old claimant had pulmonary fibrosis and worked at British Rail for six years, between 1956 and 1963, repairing train carriages. He said that during his employment he was regularly exposed to asbestos dust, which had resulted in asbestosis. The secretary of state, who had taken over British Rail’s liabilities, stated that British Rail could not be responsible for the claimant’s idiopathic pulmonary fibrosis.

It was common knowledge that some of the carriages the claimant worked on were likely to have contained ‘blue asbestos’, or crocidolite, a particularly concentrated form of asbestos. The removal of ceiling panels in the carriages for repair would have released asbestos dust, and a key contention between the two parties was to what extent the ceiling panels had been removed, and what likely quantities of asbestos released. Experts agreed that the claimant could be considered to have asbestosis if his cumulative exposure to asbestos amounted to 25 fibres per millilitre per year, or ‘25 fibre years’ of exposure.

Today, any work with blue asbestos is managed through the Control of Asbestos Regulations 2012, which establishes control limits for asbestos. Currently, such limits are set at 0.1 fibres/ml over a four-hour average.

Under the Factories Act 1937 and the Factories Act 1961, which regulated health and safety in most workplaces before the introduction of the Health and Safety at Work Act 1974 and the Workplace (Health, Safety and Welfare) Regulations 1992, British Rail was required to take all practicable measures to protect employees against the inhalation of substantial quantities of asbestos. The secretary of state accepted that if the claimant could prove that he had been exposed to substantial quantities of asbestos dust, British Rail had failed to take all practical measures to protect him.

The experts were split in their estimations of the claimant’s exposure to asbestos dust, but this was because of their differing views as to the factual reality of his working life, and both parties were happy for the court to make broad findings about cumulative exposure.

However, the claimant gave unchallenged evidence of chunks of blue dust falling on to him and the floor during his work, and staying there until the end of the job, which supported his case.

The judge concluded: ‘I am satisfied that Mr Smith would have been exposed to concentrations of asbestos dust in the range of 20 to 100 fibres/ml on a regular basis. I am therefore satisfied on the balance of probabilities, that his total exposure would have exceeded the Helsinki threshold of 25 fibre years.’ As a result, the claim succeeded.