International SOS-Al Rushaid general manager Joerg Buenzel reveals how the company is planning to provide medical and health services on one of the biggest construction sites in the world: Saudi Arabia’s Red Sea Project.

The Red Sea Project is, by any measure, a massive undertaking. Encompassing deserts, beaches, canyons, a volcano and an archipelago of 90 islands, this 11,000 square mile tourism development on Saudi Arabia’s west coast will eventually welcome a million visitors each year and create 70,000 new jobs.

The first phase, with its airport, marina, recreation centres and 16 luxury and hyper-luxury hotels is scheduled to welcome its first visitors in 2022. That means there is a lot of building to complete and, with a peak figure of 28,000 workers expected on site in the next two years – as well as project staff and visitors – there is a huge range of provisions that need to be put in place.

the project will eventually be bigger than Wales

'We’re very proud to be part of this project, and we’re very pleased that TRSDC is looking for high standards of care that everybody working on the project can access. That’s not always the case among project operators but TRSDC is taking the lead, taking responsibility, and ensuring that their workforce will all get exactly the same access to healthcare at the same high standard,' Joerg says.

Geography is the most obvious hurdle to that desire to provide universal access, especially in the case of emergency care. With the unspoilt remoteness of the Red Sea Project being one its main marketing draws and the site’s sheer vastness – the project will eventually be bigger than Wales – it means the possibility for construction accidents to happen in relatively isolated areas is one of Joerg and his team’s main focuses.

'Despite everything, we can be at almost any point on the project in 15 to 20 minutes and we’re only 45 minutes from the nearest city at Umluj. As well as a central medical facility [CMF], we have containerised satellite clinics across the different locations. So the CMF is the key, but we will also have a satellite clinic at the airport, one in the desert where there is construction happening, and on two islands that are part of the project,' Joerg says. 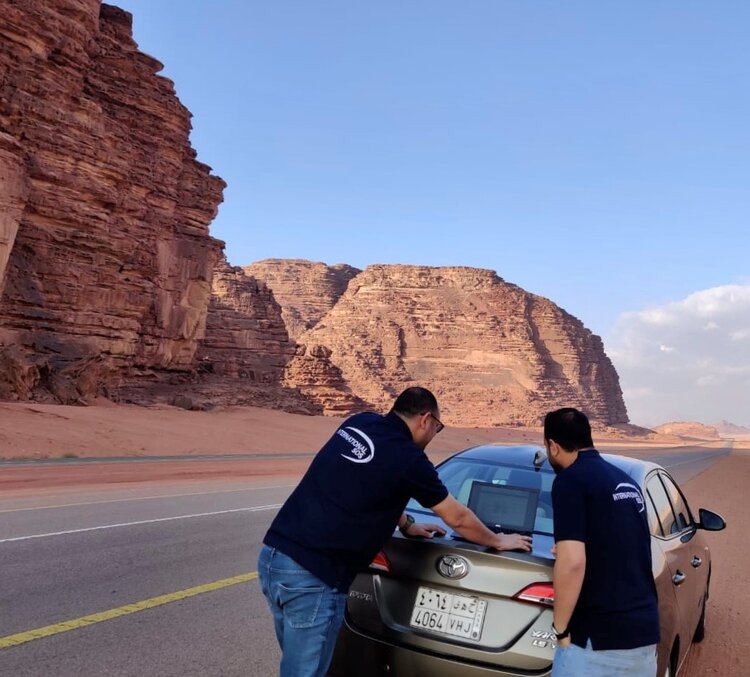 'We also have satellite teams that can provide advanced life support who are based at the CMF. We have two teams on standby at all times, with more teams available if needed. If somebody has an accident, it goes through the communication channels and either one of our satellite facilities will take care of it or we’ll get the call at the CMF and we will mobilise the nearest ALS team with paramedic and ambulance.

'When we reach the patient, we will do the first observation and stabilisation. Then, ideally, we will bring the person to the CMF for further treatment or, if required, we will organise for the person to be taken to the hospital at Omluj.'

International SOS-Al Rushaid’s contract covers far more than just emergency treatment: primary healthcare and occupational health are also vital components. The CMF – a 700sqm facility which will be built by September – will be the basis for much of it.

'Prevention and awareness is a crucial part of International SOS-Al Rushaid’s philosophy and probably one of the reasons why we were chosen to supply these services. We’ll be bringing an occupational health physician to the project to ensure that the workforce is observed and problems can be pre-empted, rather than reacting after issues occur,' Joerg says.

'With the CMF, our contract was to design it, build it, deliver it, install it, commission it and operate it. In the facility there will be the project management office, a waiting area, consultation rooms, an occupational health room, X-ray facilities, pharmacy – essentially everything you see when you go to a typical city health centre.

'One of the key requirements from Red Sea was that the CMF had to be mobile because it may need to be repositioned. Secondly, when it comes to the end and we remove the facility completely, there should be no trace of it left, so it also has to be super eco-friendly.'

'This is very important for both us and TRSDC. Our staff must be able to provide life support if they have to, while their primary role will actually have an occupational health focus,' Joerg says.

With the CMF not yet built, it might seem like this project is still in its early stages. But for Joerg and International SOS-Al Rushaid, it is just the latest milestone in a process that has been ongoing for some years.

'I’ve personally been in the Kingdom for two years now but International SOS had a representative office that was here for three years before my arrival. We have been operating as International SOS-Al Rushaid since November 2018 and we have our key facility in the Dammam Eastern Province. That provides primary healthcare, occupational healthcare and emergency care. We’ve been doing a lot of consultancy work here as well, and I think that was probably one of the reasons why we were chosen for the Red Sea Project,' Joerg says. 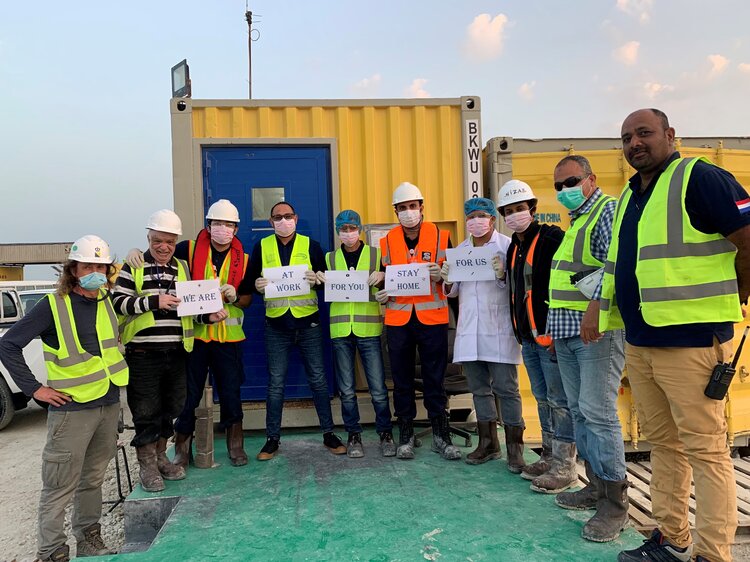 'When we were awarded the Red Sea contract, we immediately set up a project team internally, appointing our key staff roles: project manager, chief medical officer and then clinic manager. Then we worked with TRSDC to set up the rest of our side of the project together. I think this is part of the reason for our success: we try to position ourselves as a partner rather than as a supplier. That way, we can work very easily together and if there are challenges, we can find solutions together.'

Although International SOS-Al Rushaid now has more than 20 projects across the Kingdom, the Red Sea Project is by far the biggest. Joerg believes many other large project developers could see significant benefits by following TRSDC’s lead and commissioning one single health and medical care provider.

'On a mega-project you might normally have 12, 15 or even 20 contractors, with each of them also having however many subcontractors, and they all push responsibility for health and medical care down the chain,' Joerg says.

'Even if they run them very efficiently, just by having different standards you already have an inefficiency. I have seen projects where contractors have good standards, but if something happens that overlaps their area with that of another contractor, there’s no communication, there’s no plan, everybody is left looking after themselves.'

In the case of TRSDC, though, CEO John Pagano and his team have decided not to delegate this to contractors but take responsibility themselves.

'That’s fantastic for workers, but it also really gives a large scale of efficiency. TRSDC is able to properly manage the situation with clear KPIs and see exactly what they are getting from their investment,' Joerg says.

'So it’s not just about the level of care provided to the workforce, there are other benefits, too. On a project of this scale, that is important. When I first came to Saudi Arabia I had two staff. Now I’m hiring my second hundred. It’s just incredible how fast we are going, and at the same time it’s very exciting.'