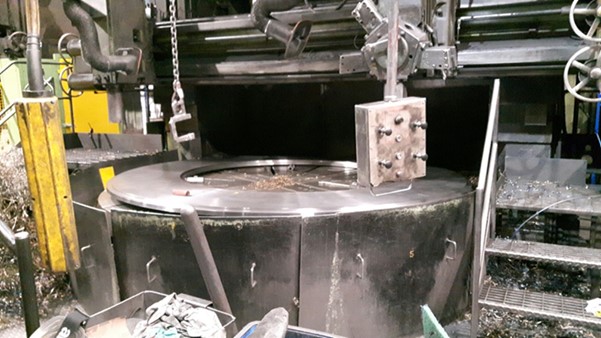 A boiler manufacturer has been ordered to pay a fine of £120,000 after an employee's arm was crushed.

On 2 November 2018, Paul Madarasz was machining a two-tonne metal plate on a vertical borer machine. The metal cover plate was not sitting flush on the table due to some dirt or debris, an investigation by the Health and Safety Executive revealed.

He raised one side of the metal plate above the machine table using an overhead crane with a C-shaped hook so that he could clean the table underneath with a rag.

The cover plate slipped off the lifting attachment trapping his arm underneath. He had to undergo several operations on his lower and upper arm and is unlikely to regain full function in his right arm.

Leeds Magistrates’ Court was told that there was no safe system of work for this activity. This specific lifting operation and cleaning activity had not been assessed, which resulted in employees using a variety of unsafe methods.

Leeds and Bradford Boiler Co admitted breaching section 2(1) of the Health and Safety at Work Act. As well as the fine, it was ordered to pay £7692 in prosecution costs.

'Lifting operations and foreseeable activities including cleaning should be properly assessed and planned,' HSE inspector Andrea Jones said after the hearing. 'Other employees were also at risk of injury by falling metal plates.

'This incident could so easily have been avoided by using suitable lifting accessories, implementing safe working practices, and ensuring these are followed through appropriate supervision and monitoring,' she added.