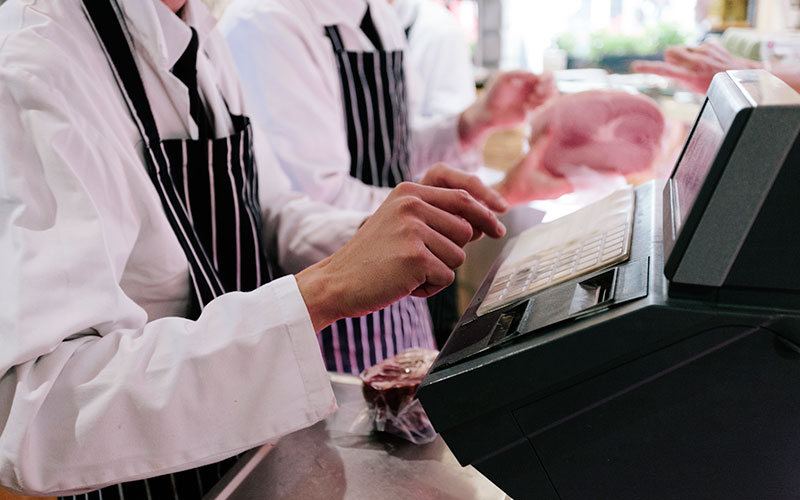 A meat firm in Northern Ireland has been fined after a teenage employee lost a finger in a mincing machine.

Mid Ulster District Council prosecuted Clayton Moore, trading as M&W Farm Meats, and butchery manager George Hamill, after the 16-year-old suffered life-changing injuries while attempting to clean a meat mincer machine which had not been isolated from its power source.

His right index finger was amputated, while the middle knuckle of his right middle finger was shattered.

Mark Barrett was employed as a general operative and part of his role was to clean machinery for which he had received 'some informal training', Dungannon Crown Court was told.

On the day of the incident, Barrett was working under the supervision of master butcher George and was cleaning the mincer machine when his cloth fell down the mincers feed throat and he was unable to retrieve it.

His supervisor attempted to help him by loosening the toggle clamps which prevent access to the mincing blades but as he tilted the feed throat the machine started up.

According to the Belfast Telegraph, when Hamill was asked why the isolator switch for the machine had not been turned off, he stated: 'The only thing I can say is we were so busy, coming near the end of the day, and obviously with Saturday being a very, very busy day, tiredness prevented me maybe from turning the isolator button off.'

Sitting remotely on Thursday 6 August, His Honour Judge Ramsey QC said his starting point for a fine was £9000 but due to an early guilty plea and adjustments to cover prosecution costs, he reduced this to £3500.

The starting point for Hamill was £4,500, but applying the same principles, Judge Ramsay reduced this to £500.

'This was a very unfortunate incident for all involved, especially as it could have been foreseen and subsequently prevented and the young victim in question would not be left with the life changing injuries he has today,' said Councillor Cathal Mallaghan, Chair of Mid Ulster District Council, after the hearing.

'This ruling should go some way in highlighting the importance among butchers and other users of dangerous equipment, of the benefits of establishing and putting safe systems of work into place.

'The result should act as a firm reminder to all similar businesses to isolate dangerous equipment from their power source after use and prior to cleaning and maintenance activities to avoid such devastating incidents occurring again in the future.'