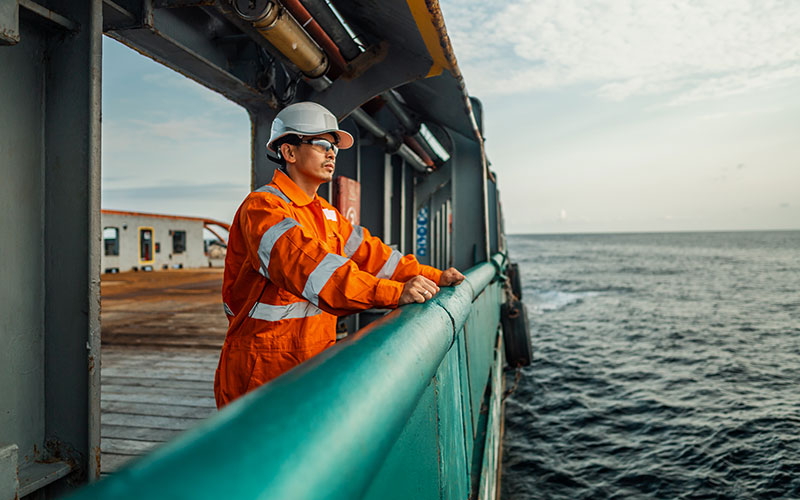 More than a dozen countries have signed a new agreement that recognises seafarers as key workers who should be protected.

These international measures, supported by IOSH, are aimed at the hundreds of thousands of workers stranded at sea because of the COVID-19 crisis and will enable ships’ crews to be safely repatriated and move more freely.

A joint statement was signed during the virtual International Maritime Summit, hosted by the UK government last month. It followed concerns raised about safety and health risks – including fatigue and mental health issues – faced by seafarers while delivering an essential service during the pandemic.

IOSH previously identified the need for more action to protect seafarers’ wellbeing – with risks to mental health and the potential for serious maritime accidents now even greater due to measures taken to stop the spread of the virus.

'Maritime transport moves more than 80% of global trade, yet, what most of us as consumers don’t appreciate is that this has meant 200,000 seafarers being stranded at sea, some for months, during the COVID-19 crisis,' said Richard Jones, head of policy and regulatory engagement at IOSH.

'So, this new international agreement to recognise them as key workers, for protection, is very welcome.

'It’s vital that safe crew-changes can take place, so that workers doing essential work can get the rest and leave-time with their families that they need.'

Research into the international cargo shipping industry, conducted by Cardiff University for IOSH last year, revealed more action was needed to protect the mental health and wellbeing of seafarers.

“Worryingly, the Seafarers’ mental health and wellbeing report found that 55% of employer respondents hadn’t introduced any policies or practices on this in the past decade,' said Richard.

Results should include the safe opening-up of foreign borders to seafarers and more commercial flights to speed up repatriation efforts.