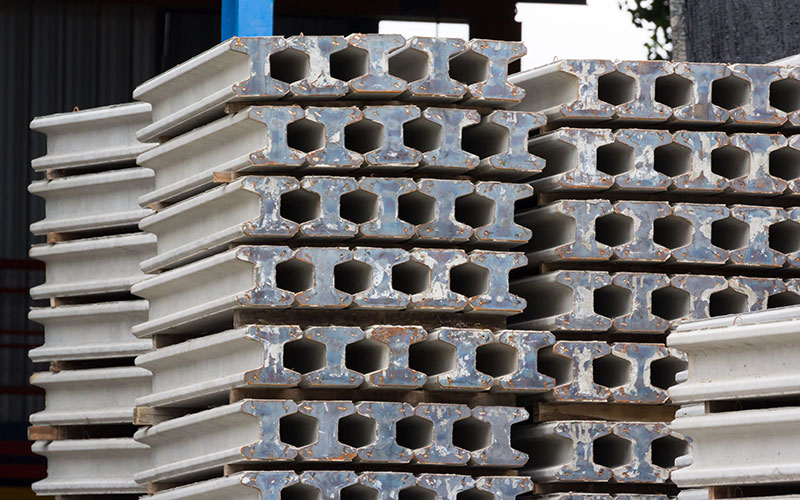 A manufacturer of precast concrete products has been prosecuted by the Health and Safety Executive (HSE) following two serious incidents at its Leeds site.

The first incident occurred on 5 June 2014 at Treanor's factory in Stouton. Employee Mathew Fulleylove was operating a mobile saw unit on Line 12 while another employee was operating a mobile bed cleaner on Line 11. Mathew was standing on the footwell of the saw unit as the other machine passed on the adjacent production line. As the bed cleaner came past, Mathew's head was crushed between the frames of the two machines. He was killed instantly.

HSE investigators found that it was the nature of production for machines to routinely pass each other on adjacent lines. On lines 11 and 12 the gap between the passing bed cleaner and saw machines was very small – between 65 and 93mm at different parts of the frames. It was identified that Treanor Pujol failed to identify the risk of crushing posed by the passing machines; failed to devise a safe system of work to control this risk and failed to provide adequate training in such a procedure to employees.

Treanor Pujol should have identified the risk of crushing between passing machines on the production lines, said HSE inspector Kate Dixon. It should have taken steps to reduce and control the residual risk, organising production to minimise the likelihood of machines passing each other on adjacent lines, as well as devising and implementing a safe system of work.

This should have included a designated place of safety where operators were required to stand as a machine passed. The operator’s manual for the bed cleaning machine stated an exclusion zone around the machine at 655mm should be implemented.

Treanor Pujol should have taken steps to reduce and control the residual risk, organising production to minimise the likelihood of machines passing each other on adjacent lines

The second incident happened four years later. On 12 April 2018, a 47-year-old employee was operating a hooks machine, which embeds hooks into precast concrete when a fault developed during the operation. While attempting to reset the machine his elbow leant on a concrete dispenser box and a metal shutter designed to close off the flow of concrete. The metal shutter closed, trapping his hand resulting in a fracture and partial de-gloving of his left hand.

The company should have ensured that the dangerous parts of the hooks machine could not be accessed by anyone while they were moving by way of suitable guarding arrangements.

A site specific risk assessment would have identified any issues relevant to a particular location, task or piece of equipment. Employees should have been properly trained and monitored to ensure the correct way of working was followed, added Kate.

In the early stages of the investigation into the incident involving Mathew, HSE inspectors also noticed several electrical safety concerns with the equipment in the manufacturing shed. Inspectors carried out numerous visits between 2014 and 2018 and discovered further failings, one of which related to electrical equipment not being suitably constructed or protected from the environment. It was left in wet, dirty, dusty and corrosive conditions, which resulted in rapid deterioration and safety features becoming inoperable over time. This exposed employees to a risk of serious personal injury or death.

Last week, Treanor Pujol admitted breaching section 2 (1) of the Health and Safety at Work Act, Regulation 11(1) of the Provision and Use of Work Equipment Regulations, and Regulation 3(1)(a) of the Electricity at Work Regulations by failing to comply with Regulation 6(c).

As well as the fine, the firm was ordered to pay £56,324 in prosecution costs.