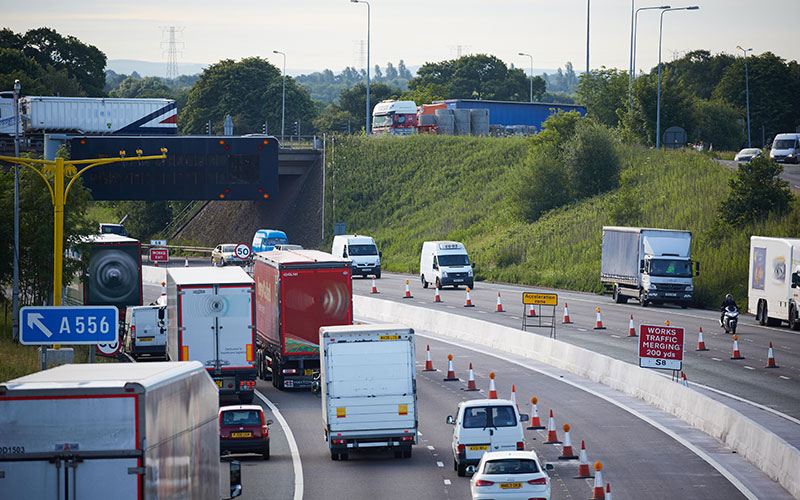 Construction giant Costain and its subcontractor have been prosecuted by the Health and Safety Executive (HSE) after two workers were seriously injured when a steel cage crashed into the platform they were working on.

Principal contractor Costain was involved in the construction of the A566 bypass in Cheshire in the summer of 2015. Costain appointed Brenbuild to construct seven bridges and an underpass. Work had started to build a pier designed to eventually support a bridge, which involved erecting a steel cage.

On 3 August, the two workers on a mobile elevated work platform (MEWP) were working on the structure when it collapsed. The cage crashed into the MEWP, which fell on its side.

The first employee sustained life changing head injuries and the second a leg fracture. A third worker nearby escaped injury by moving away just in time.

'The risk of collapse should have been identified by both companies'

Manchester Minshull Street Crown Court was told that there was no temporary support for the reinforcement cage during construction of the central pier.

HSE investigators revealed both Costain and Brenbuild were aware the cage was visibly leaning and that workers on site had raised concerns. Neither company recognised the inherent instability of the reinforcement cage or took measures to ensure the work could be carried out safely. Brenbuild failed to stop work to prevent injuries from the risk of collapse and to implement control measures to prevent instability. Costain failed to plan, manage and monitor construction of the central pier. The steel structure collapsed onto the MEWP

Costain pleaded guilty to the same contraventions. It was fined £1.2 million and ordered to pay costs of £21,644.

'The risk of collapse should have been identified by both companies,' said HSE inspector Deborah Walker.

'If a suitable safe system of work had been in place, this incident would not have occurred, and the two workers would not have suffered these injuries.'