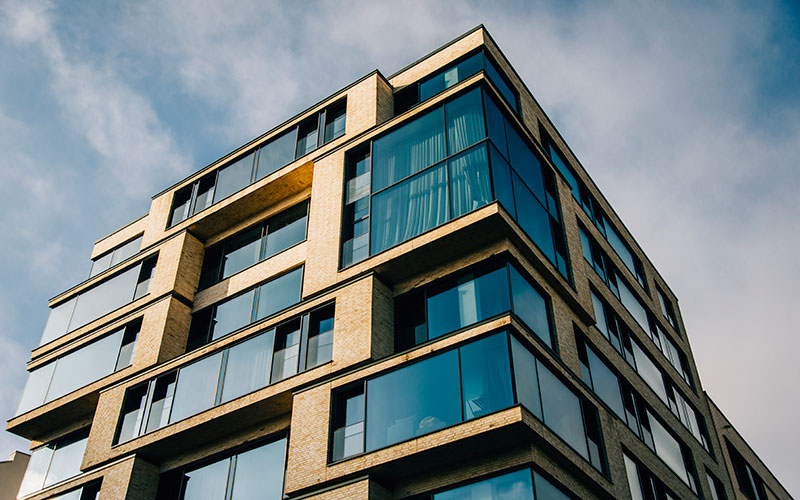 The government bill creates new responsibilities for the construction teams of new builds and the landlords of existing HRRBs over 18m or six storeys in England and Wales. It is backed by the threat of criminal sanctions if new statutory duties – such as submitting adequate safety cases or ignoring compliance notices – are not fulfilled. Failure to comply could see dutyholders face two years in prison or an unlimited fine.

Running to 334 pages, the draft bill incorporates the recommendations of Dame Judith Hackitt’s Independent Review of Building Regulations and Fire Safety following the Grenfell Tower fire on 14 June 2017, where gaps in regulatory oversight led to failings that ultimately claimed 72 lives.

The draft text will now be scrutinised by a Parliamentary committee, and further consultations could also be held before measures are finalised.

Responding to the bill, IOSH construction group chair Malcolm Shiels CFIOSH said: ‘Maybe you could argue there is too much emphasis on punitive measures.  However if organisations or projects do not willingly look to improve and at times continue to place people, individually and collectively, at risk of harm, then those heavy punitive measures will be needed.’

But he also urged construction professionals to get behind the new bill. ‘If the construction industry does not grasp the nettle this time after a disaster such as Grenfell, and all the good work since then in getting to this point of the draft bill being published, and then the building safety regulations being published and enacted, it will be devastatingly disappointing.’

'New duties are created for organisations and individuals, backed up by penalties equivalent to health and safety law'

The new bill outlines the scope of the Building Safety Regulator, the branch of the HSE that will scrutinise the ‘safety cases’ submitted by HRRB construction teams at three design gateways, issuing ‘stop’ notices if the information is not acceptable.

The new regulator will also oversee all registered building inspectors (covering local authority building control teams and those working in the private sector) and set up a new mandatory reporting system for structural and fire safety breaches.

Construction dutyholders – including principal designers, principal contractors and building safety managers – will also have to create, store and update a  ‘golden thread’ of building and product information through the three design ‘gateways’, then maintain it throughout the building’s lifecycle.

Katherine Metcalfe, legal director at law firm Pinsent Masons, described the bill as a ‘complete regulatory overhaul [that will] signal a new era in the way we build’.

She added: ‘New duties are created for organisations and individuals, backed up by penalties equivalent to health and safety law. Enforcement of the building regulations for the whole of the built environment will be strengthened by increasing time limits for enforcement [to 10 years], and the penalties for non-compliance.’

Malcolm, a director at construction and property company Summers-Inman, pointed out that the impact and success of the new Building Safety Regulator regime could be linked to its resources.

‘On paper it looks promising, however we know the HSE has been stretched for a number of years,’ he said. ‘As the Building Safety Regulator will sit within the HSE, let's hope it has the extra financial and human resources it will require from the government. There appears to be a genuine commitment to supply the resources it will need to use the teeth it will be given, we wait to see if that will be the case.’

Malcolm also anticipated that the new regime for HRRBs could increase duty holders’ sense of responsibility and accountability across the board: ‘This would then, hopefully, in turn raise awareness of health and safety matters in decision making. We really need this to happen to continue to move the industry away from the key matter which increases risk, and that is the urge to always put the bottom line first. If we can do that, then behaviours may change for the better.’

'Competence is a key issue, and central to making the new system work'

However, he feared there could be a dearth of construction professionals with the right skills and mindset to fully embrace the new regime.

‘I am concerned there might not be enough of the right-minded individuals within the industry to drive through the improvements required. I know for a fact that there are thousands of fantastic people out there who want to do everything they can so we never see another Grenfell, but is there enough of them? That is the question.’

Katherine added: ‘Competence is a key issue, and central to making the new system work. New competence requirements will apply to all of the proposed new roles, as well as to a wider range of professionals and tradespeople. The new regulator will hold and maintain a register of competent principal designers, principal contractors and building safety managers.’

The HRRB landlord or its agent – known as the Accountable Person – will also be required to appoint a competent Building Safety Manager to manage fire and structural safety risks in the building day to day.

‘It is good to see that the government now accepts that an organisation can act as the Building Safety Manager, albeit that there must be a named individual within the organisation with responsibility for the building,’ noted Katherine. ‘A diverse set of skills will be required to carry out the role and it may prove relatively rare for one individual to possess all of them.

‘Important questions remain about the basis upon which the HSE might veto the appointment of a Building Safety Manager, and the availability of suitable insurance,’ she concluded.

A fire safety consultation was also published this week, in order to gather views on proposals to implement the recommendations from Phase 1 of the Grenfell Tower Inquiry that require a change in law, improve compliance and fire safety in all regulated buildings in England.

The proposals focus on a number of areas, including providing residents with greater assurance and fire safety improvements in buildings; driving effective and sustainable operational outcomes for fire fighters; and enabling better identification of responsible persons, such as building owners and managers. The Fire Safety Order covers external walls and flat entrance doors in multi-occupied residential buildings.