The race for research 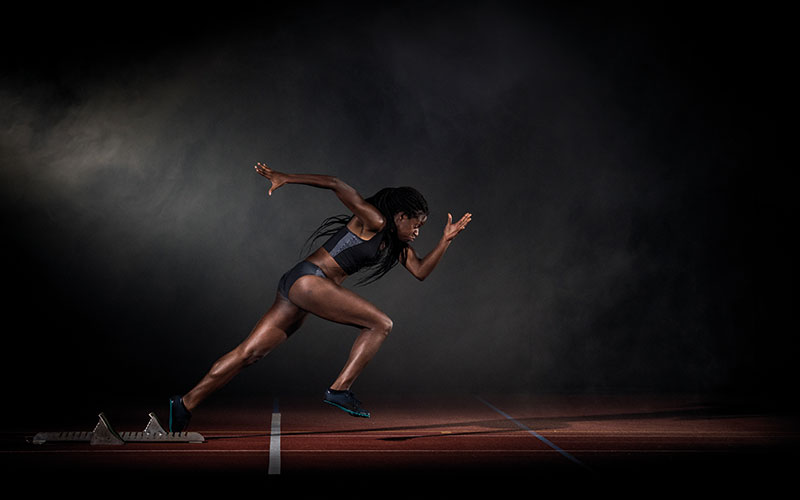 To what extent do OSH professionals need a sound understanding of research methodology? And how do we generate our own evidence when it is lacking?

In nursing and midwifery, evidence-based practice has been a professional cornerstone for many years. ‘It is using your expert professional judgement to support and provide care that is informed by the best available evidence and tailored to an individual’s needs and expectations of what is important to them,’ says Dr Geraldine Walters CBE, director of professional practice for the Nursing and Midwifery Council (NMC).

In OSH, an evidence-based approach means that before companies decide to allocate limited resources to a potential product, solution or strategy, professionals evaluate the available evidence about it and determine to what degree it supports claims made about what the thing can achieve, according to Joelle Mitchell, technical officer – human factors, at NOPSEMA, Australia’s offshore energy regulator.

‘To evaluate evidence we need to know what questions to ask of it, be able to separate the good-quality evidence from the poor, and we need to be able to recognise when something is missing or misleading,’ she says.

It’s only since 1945 that academic research in the discipline has gathered momentum, according to IOSH’s head of advice and practice, Duncan Spencer. ‘Since then, we have seen a great deal of researching OSH-related disciplines such as management science, psychology and ergonomics.’

Professor Robert Dingwall, professor at Nottingham Trent University’s School of Social Sciences who directed IOSH’s five-year research programme Health and safety in a changing world (see panel, below), says that historically OSH has tended to draw on research in the natural sciences and engineering, which ‘was then translated into a fairly prescriptive body of rules and regulations’.

‘The profession did not necessarily play a very big part in creating this knowledge but rather to use knowledge produced and validated by other people for other purposes,’ he adds. ‘However, the changing nature of work means that OSH professionals are now increasingly involved in work environments where the social and behavioural sciences are also relevant.’

Over the last 16 years, IOSH has pledged to commission research on the OSH profession and partnerships with research bodies. For example, its five-year research programme beginning in 2011 commissioned studies from the Institute of Occupational Medicine, and a number of UK universities set out to explore the OSH landscape and its implications for developing the solutions that provide effective protection for their communities, culminating in the publication of Health and safety in a changing world in 2016.

IOSH also has a research fund that typically awards between £50,000 and £150,000 to researchers ‘with a proven track record in high-quality research’. To date, the highest project sum awarded is £260,000. In addition, it identifies and shares with members and partners relevant research completed by others, and has its own research journal (Policy and Practice in Health and Safety).

‘Research findings in the form of very dull and dense reports can be offputting to the general reader, as can research that’s highly theoretical. They can be the barriers that limit the potential of learnings to cross over into practice,’ says Duncan Spencer, IOSH head of advice and practice.

‘For this reason we also publish our research findings in the form of a light summary report that’s aimed at a non-academic audience. In addition, where possible, we develop ‘Research into practice’ resources based on what the research is saying, such as checklists, guides and case studies,’ he adds. ‘In fact, many of our calls to the research and academic community encourage better applied research.’

The future of research at IOSH is ‘safe’, Duncan says, adding ‘IOSH’s Board of Trustees and senior leadership team all see the value of financing a research function at IOSH. We are presently looking at how we can broaden the range of research activity we support, improve effectiveness – for example, its translation into pragmatic ideas of the workplace – and be more responsive.’

According to Dr Drew Rae, senior lecturer in the Safety Science Innovation Lab at Griffith University in Australia, the term ‘reality-based safety science’ is preferable to evidence-based practice because it highlights that knowledge generation and use is a two-way exchange between researchers and practitioners. ‘The ultimate goal is that where good evidence exists, safety practice should be guided by that evidence,’ he says. ‘Where good evidence does not exist, safety practice should be conducted tentatively and methodically in a way that generates that evidence.’

Where good evidence does not exist, safety practice should be conducted tentatively and methodically in a way that generates it

Stuart Hughes, head of health and safety at Mercedes-AMG Petronas Formula One Team and IOSH vice-president, says: ‘One of the biggest barriers is there is a difference between the people that are in academia doing research and people who are implementing OSH in the workplace. Sometimes I think academia can be impenetrable. The flipside is that OSH professionals should be able to make inroads into that. I think both parties have to converge.’

According to Dr Patrick Waterson, reader in human factors and complex systems at Loughborough University, the idea of a discipline being entirely evidence-based is ‘a slight trope’. ‘The gold standard is sometimes seen as being evidence-based medicine, and within the medical community there is quite a bit of discussion about that because there is a lot of practical-based knowledge in medicine that we can’t tap into. The implication is that all knowledge can be written down and proceduralised.’

However, he agrees with others that all OSH professionals should have a sound understanding of research methodology, no matter the level of seniority: ‘It’s about upskilling people so they are able to evaluate it in a more systematic and scientific way. We are doing that at Loughborough, and IOSH is doing that with its new competency framework.’

Within IOSH’s new competency framework, practitioners are expected to have ‘knowledge management’ as a core competency, which covers ‘horizon-scanning, gathering internal and external information on regulation, standards, good practice and databases that provide evidence’. In addition, the competency of ‘learning organisation’ requires OSH professionals to continuously engage in seeking out the latest thought leadership and practice.

‘OSH professionals should act as researchers within their own organisations,’ says Drew. ‘Like doctors, they need to take generalised knowledge about what usually works, and apply that knowledge to the specific circumstances in front of them. To move from here, the OSH profession needs a much deeper respect for research evidence. And research methods should be a first-year subject for safety students.’

Robert agrees: ‘A good understanding of research methodology, in all its diversity, should be an essential element in the education of any modern professional.’

What’s important to remember here, says Stuart, is who is conducting the research. ‘One thing I would potentially worry about is research being driven by lobbyists from different sectors that isn’t purely to provide a safer world of work for everyone. I’d like to see a recognised standard for OSH-based research. That would help us to challenge ourselves to recognise really effective research that will move the OSH profession forward.’

This is particularly important given the many different pathways into OSH, which may account for differing skills levels. ‘Some pathways are through STEM, health science and social science professions, some are through trades, some are through specific OSH training,’ says Joelle. ‘All of those pathways require critical thinking skills. OSH professionals should be capable of recognising the limits of their own knowledge and responding appropriately.’

That might look like consulting with colleagues from other disciplines, she says, or acknowledging that the matter in question falls outside of their skills and knowledge. ‘This also imposes a requirement on employers to have reasonable expectations of their OSH professionals, recognising that OSH is rightfully a multidisciplinary field and that an OSH professional with a background in nursing, for example, might not be the best person to assess the structural integrity of a bridge,’ Joelle adds.

Cancer at work: No Time to Lose

Stuart likens the journey of OSH as a research-based discipline as being like a 100-metre sprint in which the profession ‘hasn’t had the greatest start’. ‘We’re now catching up and I can see the profession moving away from being purely compliance-based and issuing commands to the workforce to actually understanding the workforce, giving more control over to organisations and driving a personal sense of ownership.’

Geraldine at the NMC doesn’t think OSH is less evidence-based driven than nursing and midwifery, but ‘as with everything, there is always room for improvement’. She adds: ‘Part of being a healthcare professional is about reflecting on your practice and committing to continuing to learn and improve.’ 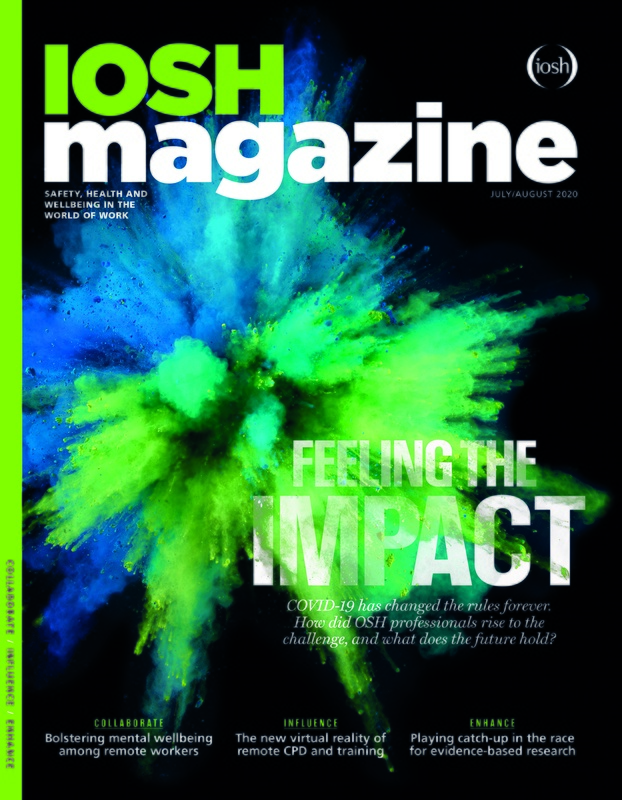 This article appeared in our July/August 2020 issue of IOSH Magazine.
Click here to view this issue
Topics:
Features
Strategy
Performance/results