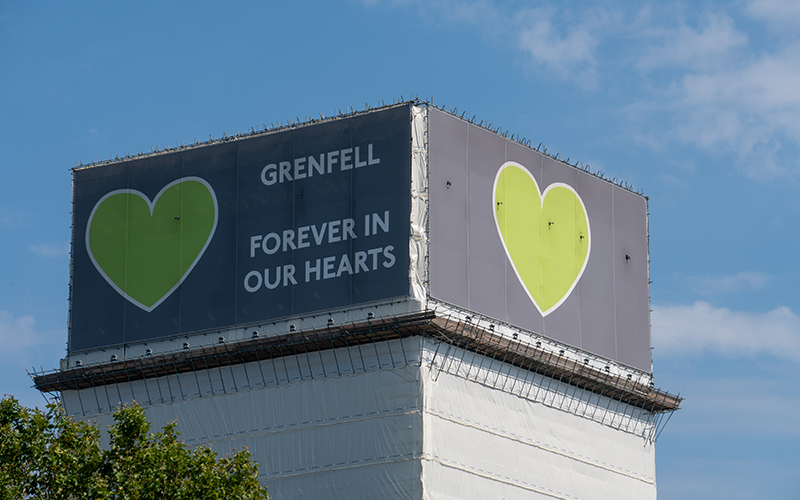 As we approach the third anniversary of the Grenfell Tower tragedy this Sunday (14 June), officials have confirmed the inquiry into the fire will resume in four weeks.

The second phase of the investigation into the 2017 disaster was halted on 16 March by chairman Sir Martin Moore-Bick as the coronavirus pandemic hit.

At least one panel member fell ill with suspected COVID-19, and there were concerns over the safety of other participants.

The current stage of the public inquiry, which is looking at why the London tower block was wrapped in flammable cladding during its refurbishment between 2012 and 2016, has been frustrated by legal arguments.

Architects, building contractors and cladding suppliers asked for key witnesses to be granted immunity from testimony which was agreed to enable the inquiry to continue to hear vital evidence about the circumstances and causes of the fire.

6 July is now the intended date for hearings to resume, with limited numbers of people in the room.

Ahead of this weekend's anniversary, the panel issued a statement. It said: 'On the third anniversary of the fire at Grenfell Tower the members of the inquiry panel wish to extend their heartfelt sympathy and that of the entire inquiry team to all those whose lives were changed irrevocably by the disaster and particularly to those who lost loved ones as a result of this tragic event.

'Although the COVID-19 pandemic has forced us to suspend hearings, we shall resume them as soon as we can. Our determination to uncover the causes of the disaster remains as strong as ever.'