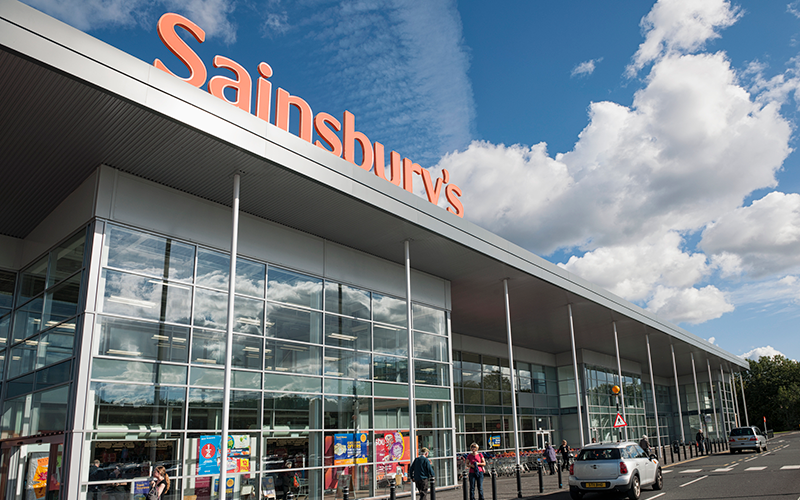 The last couple of months have felt like a lifetime for Neil Lennox, head of group safety and insurance at Sainsbury’s. He spoke to IOSH magazine about how the supermarket giant is adapting to 'the new normal'.

When the outbreak hit UK shores at the end of February and beginning of March, there was an incredible spike in buying, with stockpiling or panic-buying in the initial stages. Specific products such as toilet rolls, paracetamol, hand sanitiser, hand soap, pasta, tinned tomatoes, eggs and flour disappeared off the shelves. It wasn’t a lack of supply – we just couldn’t get it through our supply chain quickly enough to get it onto the shelves. And when consumers see an empty shelf, that fuels the panic and so it spiralled.

We had a massive challenge in keeping up with demand. Empty shelves led to customer frustration while we tried to move our supply from distribution centres into stores.

After two tor three weeks, consumers broadly felt that they’d got what they needed and sales slowed dramatically. This breathing space helped us to get a bit of depth and presentation stock back on the shelves. But there were still gaps in key products. Across both periods there was a massive drop-off in availability in specific categories.

Now we’re in 'the new normal' albeit still evolving. We continue to be challenged across some of these categories but you can go into the supermarket – any supermarket – and though you have to contend with social distancing and a different way of shopping, you can get most of the staple food supplies you need.

With goods coming in, we’ve had to learn every day. The last six or eight weeks have felt like a lifetime for me and my team. We’ve had more questions and more decisions to make at great speed than we’ve ever had to deal with before – an incredible volume.

We’ve introduced things like 'sneeze screens' not only in stores for customers and colleagues but also in our transport offices. We’ve got three or four in a depot to ensure drivers feel safe coming into the business.

We’ve been doing additional cleaning. We’ve had to roll out hand-sanitiser, reinforce the need for hand washing and provide adequate supplies of soap and paper towels. Key control, which has involved face-to-face interaction in the transport office, is now dealt with in a different way, both in the depots and in the stores.

We’ve also had to deal with the language barrier. While a lot of products come in from the UK, we also have a lot of supply from abroad. We’ve very quickly had to translate a lot of documents and processes into different languages.

There’s been colleague concern about goods from abroad: for example, does the virus survive on cardboard packaging? Was it safe to take in goods from Italy, where at the time the virus was far more prevalent than we’d been seeing here in the UK? What about cleaning shared vehicles between incoming and outgoing journeys? And PPE – how did we make masks available to allay colleagues’ concerns and handle their perceptions and questions?

Once we get our goods in, our predominantly manual operation of picking has a lot people using mechanical handling equipment to pick the products into roll cages or onto pallets. We’ve had to think about changing shift starts and finishes to avoid colleagues having to come in at the same time. We’ve looked at deactivating security gates so that colleagues can walk through rather than 'tap in' and congregate and go through the turnstiles. As a result we’ve had to deal with security concerns.

Keeping a minimum two-metre distance is probably easier in some parts of the depot than others. Colleagues riding low-level order-pickers or forklift trucks are relatively self-contained: they don’t come into contact with their colleagues very frequently.

In a lot of our locations you will park in a ground floor car park and go up in a lift to come into the site, so social distancing in lifts has been an issue. And we’ve had to widen our smoking areas into much bigger areas, to ensure that we can isolate while having a cigarette.

I can’t stress enough how important it is to communicate effectively. We can’t do our normal thing at the beginning of a shift and huddle all of our colleagues together and talk to them. Now we play a continual video on screens, put up posters, read out messages on tannoys. We’ve had to reinvent the way we communicate because we can’t do it as we used to. Things like Yammer and other communications have come to the fore.

While we already do a lot of cleaning as a food business, we’ve had to increase some of those routines and make them really visible, to give reassurance to our colleagues. We’ve been putting in place the right processes, using the right chemicals in the right dose, ensuring they will be effective on coronavirus. We’ve also had to look at areas like clocking-in machines, which we wouldn’t clean routinely from a food safety perspective. 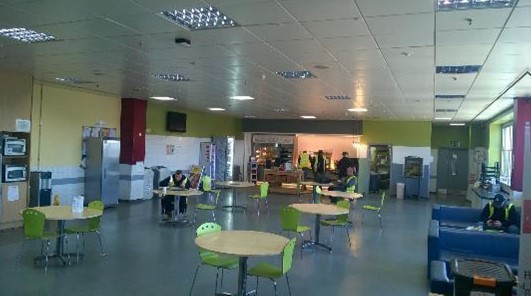 There was a slight blip in the early days when our canteens were threatened with being closed. We very quickly worked with government to change that, and we’ve put in place social distancing measures. We’re using card payments and serving food in a different way – giving your order in at one end of the counter, walking to the end and collecting it. We’ve put sneeze screens in around the cashiers and high-traffic areas such as transport offices and canteens. Lots of hand sanitiser, lots of hand-washing advice, lots of personal protective equipment.

On top of that, we’ve had a significant increase in temporary staff. We do tend to get a seasonal increase, so we’ve brought forward some training programmes. We’re making sure that people are aware of what’s going on, what is required of them and that they integrate into the culture of social distancing very quickly.

Unloading the wagons is a multi-person operation involving the driver and store colleagues. We’ve looked at key control at the back of the store. We have security sign-off to ensure that the loads haven’t been tampered with. Clearly it’s the driver’s responsibility for the load, so they want to make sure that any returned goods are reloaded and secured properly. We’ve worked on that – one colleague can move from position A to position B while another colleague moves to position C and we rotate to keep that two-metre distance. At times it can look like a strange dance in the store!

For our home delivery drivers, hand sanitising – and particularly hand-washing – is limited. They may be going out to do a day’s drops and a number of customer deliveries, so we’ve had to ensure their access to hand sanitiser and to facilities en route if needed.

At time of writing we've made all of our doorstep and home deliveries contactless. In the past we would have brought groceries into your house. We also operate Argos stores where we would have brought a product into the room of your choice. All of that has stopped. We are very much focused on food for the elderly, disabled and vulnerable, who by definition are all very high-risk, so we have to be extremely careful.

Over the last four weeks we’ve had a massive expansion by about 50% of our online delivery, click-and-collect and home delivery operation. That would have been unprecedented in previous times, but the pace with which we’ve had to move has been incredible.

And all of that has gone with bringing in new drivers, new vehicles, new equipment and new ways of working, new processes.

It’s been a process of fantastic joined-up working between our suppliers and supply-chain colleagues, our logistics colleagues and our retail colleagues. We’ve been reading all of the evidence and guidance from Public Health England, from the World Health Organization, from all of the different sources and interpreting it for our business and then translating it into ways that we can operate successfully. It’s been consistent working with health and safety professionals being at the core of some of the decision-making, and we’re working with the business to take risk-based decisions very quickly.