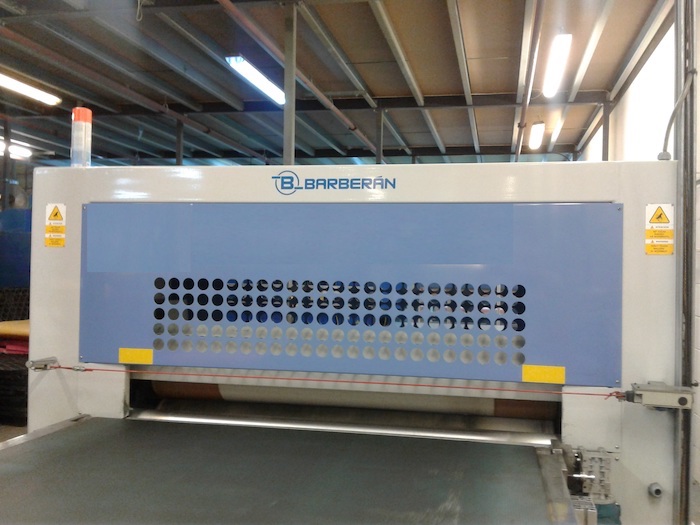 A lack of machine guarding on a press roller has landed a manufacturing firm with an £80,000 fine.

On 19 June last year an agency worker was working on a production line that glued sponge to abrasive sheets to make scourer sponges at a factory in Shoeburyness, Essex. He'd been tasked with removing the sheets of scourer sponges from the conveyor onto a pallet when his right hand got dragged into the nip point of two in-running rollers up to his shoulder. He sustained severe injuries to his arm.

Following an operation and six days in hospital, he was diagnosed with forearm compartment syndrome, which results from high tissue fluid pressure in an enclosed part of the body and can lead to reduced capillary perfusion below the level necessary for tissue viability.

Health and Safety Executive (HSE) investigators found that EGL Homecare Ltd had failed to provide a tunnel guard on the press roller to prevent access to moving parts of the machine.

Chelmsford Magistrates’ Court was told that the company failed to properly assess the guarding arrangements on the machine when it was installed.

'Unfortunately access to in-running rollers is a common cause of injury but it can be easily avoided by providing effective control measures such as the provision of tunnel guards,' said HSE inspector Carla Barron.

EGL Homecare admitted breaching regulation 11(1) of the Provision and Use of Work Equipment Regulations. As well as the fine, it was ordered to pay £5,314 in costs.