Y is for Yerkes-Dodson 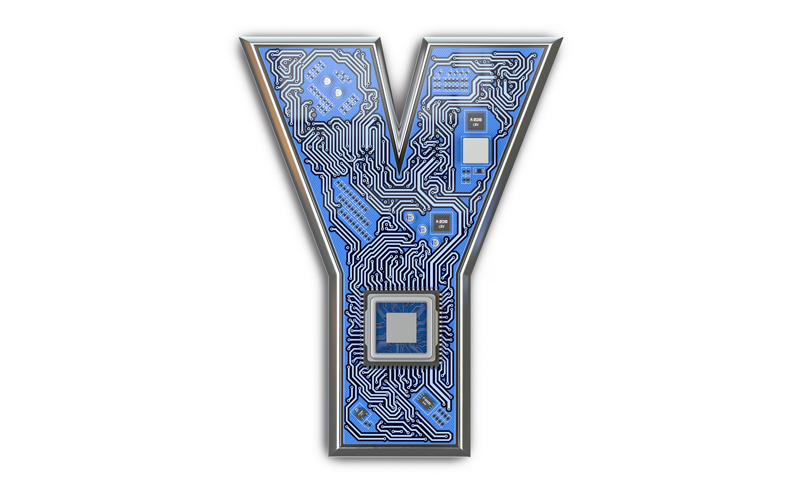 In these uncertain times, stress is likely to be high on the agenda for most safety and health practitioners. Job security, overwork, lack of support and resources, and competing demands inside and outside of work will all be contributing factors.

For those with an engineering education, stress is the pressure exerted on something; in wellbeing, stress is the response to that pressure. Misunderstandings arise when people who use different definitions argue about whether 'stress is good for you'. To avoid such confusion, we’ll adopt the language of Yerkes-Dodson, with the strength of the stimulus as the experimental variable, and performance as the result.

Although you might not know the name, most people will recognise the curve, and the principles behind it. Performance is shown as a symmetrical inverted U, with performance increasing uniformly as the strength of stimulus increases, until it reaches the 'zone of optimal performance' (ZOP) where you are neither overworked, nor underworked. If the stimulus is increased past this point, performance decreases.

So who were Yerkes and Dodson, and how did they come up with their curve? If you wanted to find out the optimum strength of stimulus for a task you might ask groups of workers to carry out different tasks, of different levels of complexity, in different work environments. Environments would have differing levels of noise or competing tasks (such as monitoring a screen for a particular input). But psychologists Robert M. Yerkes and John Dillingham Dodson were working in 1908, in the days of Frederick Taylor’s scientific management when it was believed that you could predict human behaviour by watching mice.

Professor Yerkes and Mr Dodson describe placing 'dancing mice' in a run, with a choice of doors to return to their nest box. If the mice entered the white door, nothing happened; attempting to use the black door led to 'a disagreeable electric shock'.

The black and white door positions were changed at intervals, such that the mouse had to learn to distinguish the colour of the door, not the position, to avoid the electric shock. The strength of shock received was the measure of the stimulus and the performance was assessed as the number of days it took before the mouse could consistently choose the white door. 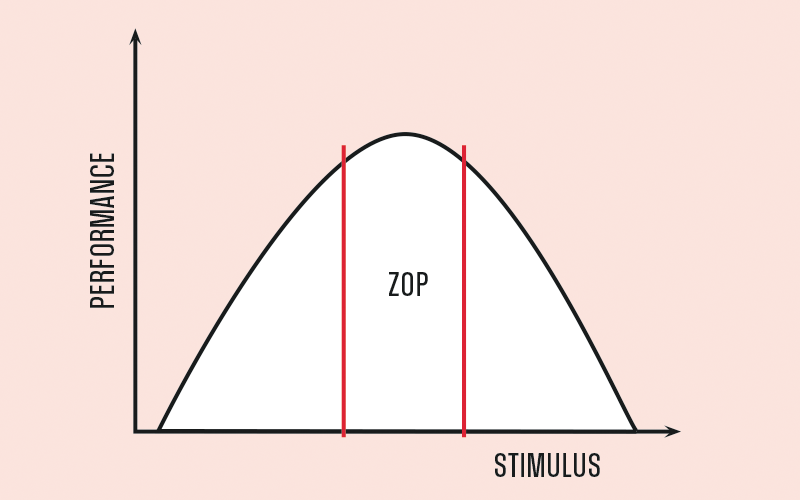 Very few of the mice given the mildest of electric shocks learned to use the correct door; all mice given a moderate electric shock did learn. So, would mice given a stronger (but still safe) shock learn even faster? No, as the Yerkes-Dodson curve shows, learning was optimum at a level of stimulus neither too low or too high.

However, when the task was made easier, increasing the shock level did cause the mice to learn more quickly. While it is unwise to apply lessons learned from electrocuting mice to human workers, later studies have confirmed that people do have optimum levels of stimulus, depending on the task.

Personality also plays a role in where someone’s ZOP sits. Generally, extroverts have a curve further along the axis than introverts. A similar effect is seen with experts compared to novices. The result is that experts and extroverts might need a greater stimulus to get higher levels of performance; similarly, novices and introverts could suffer performance drops with the same stimulus.

All this does not suggest that managers should exhort those carrying out easier tasks to work harder by using electric shock treatment. Rather that managers need to be aware that those doing cognitively easier tasks might need more stimulation, such as music in the background, or job rotation. Those working on a cognitively challenging task might find the same stimulus reduces their productivity. As people become more experienced at a task, they might need more stimulation to maintain their productivity.

To make best use of the Yerkes-Dodson curve, targets at work need to be challenging but achievable. The symmetry of the graph belies the fact that each individual’s curve might increase and decrease at a different rate. If Jane is under stimulated, a little bit more pressure can push her into her ZOP. If Jack is already in his ZOP, the same additional stimulation could reduce his performance, and not in the gentle curve suggested in the graph. For some, a push past the ZOP can result in a cliff-edge fall in performance, and a meteoric increase in mental health problems.