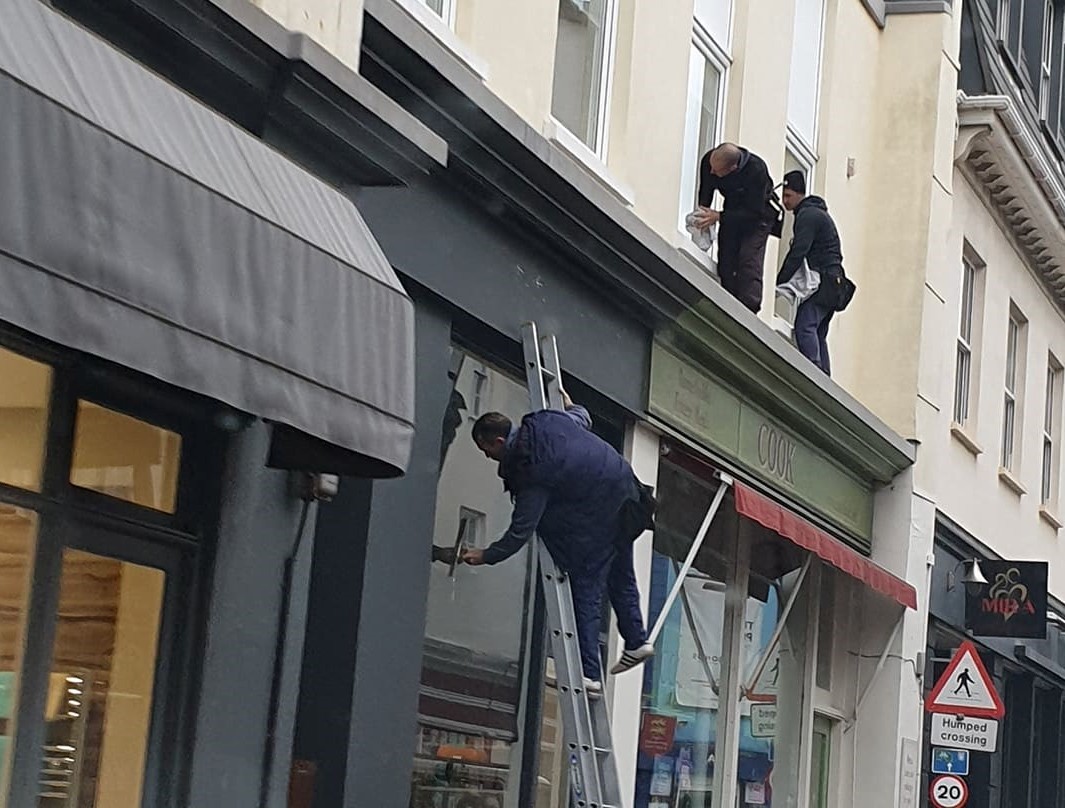 A window cleaner has been ordered to pay £20,000 for unsafe work at height after a member of the public photographed his team balancing on a 45cm ledge with no safety protection.

Men employed by Henry Robertson Ronald Brown, trading as Ronnie Brown Window Cleaning, were cleaning the windows of a hair dressing salon in St Helier, Jersey, when a passerby witnessed the dangerous practice.

Two workers were balancing on a 45cm wide ledge, five metres above street level. A third worker used an unsecured ladder, about two metres up.

The Royal Court was told that the work area had no cones, barriers, warning signs or any other means of segregating the work area from pedestrians or traffic passing the site. A person or work equipment falling from the ledge had the potential to cause serious injury to persons passing by.

Investigators from the Health and Safety Inspectorate told the court that the salon owner had provided Mr Brown with a key to the salon to enable the windows, which were of a modern tilt and turn design, to be cleaned from within the salon in complete safety. This would have also reduced the risk to passers by. Mr Brown was unable to provide any explanation for why this option had not been adopted, apart from a belief that it was acceptable for windows to be cleaned up to first floor level without any specific precautions to be taken to protect against falls from height.

This is despite the window cleaner being subject to formal enforcement action in 2014 for an almost identical working practice at different premises in St Helier.

Ronnie Brown Window Cleaning admitted breaching articles 3 and 5 of the Health and Safety at Work (Jersey) Law 1989. The firm was fined £10,000 for each charge plus costs.

The court noted that the company owner has since invested in a ‘long reach pole system’ operated from ground level.