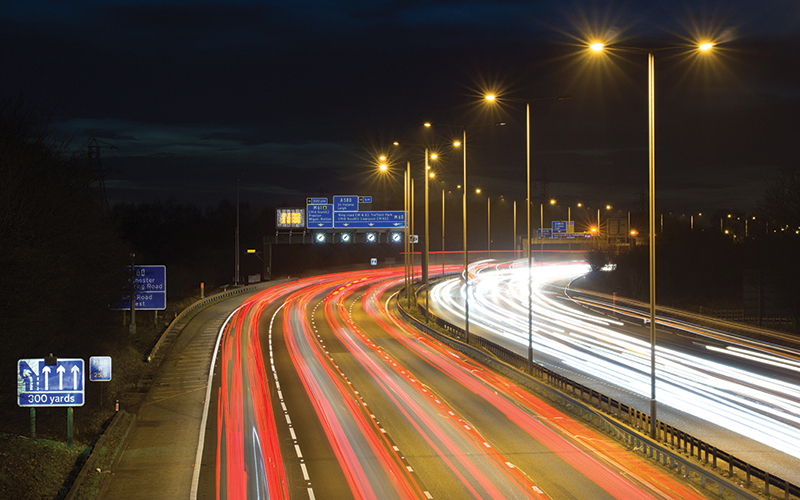 Eighteen measures to improve safety on smart motorways, including the removal of dynamic hard shoulders, have been announced in a government review following nationwide criticism.

So-called 'smart' motorways hit the headlines recently after the BBC's Panorama programme questioned how safe they really are.

Smart motorways, where the hard shoulder is turned into a live lane, have been criticised because refuge areas are spaced too far apart and drivers who break down can be trapped in speeding traffic. some breakdown organisations have instructed roadside technicians not to stop on smart motorways amid increasing safety concerns after it was revealed a number of workers died last year.

In its newly-published report, the Department for Transport (DfT) acknowledges that dynamic hard shoulder running has 'the potential to cause confusion for motorists'. As such, hard shoulders on these roads will be converted into permanent running lanes, meaning there won’t be a hard shoulder at all.

According to a Freedom of Information request by the BBC to Highways England, 38 people have died on smart motorways in the past five years. It is the first time that the total number of deaths has been reported.

Other measures announced to improve safety include:

Highways England – the public body which runs the UK’s Strategic Road Networks of motorways and major A roads – has also been asked by the DfT to install Stopped Vehicle Detection (SVD) technology across the smart motorway network within the next 36 months. This technology is able to quickly detect any cars that stop in a live lane, automatically alerting Highways England staff.

Transport secretary Grant Shapps said there is more still to do to raise safety standards on smart motorways.

'The extended package of measures I have set out will help rebuild public confidence in our motorway network and ensure that safety is firmly at the heart of the programme,' he added.

Do you think these measures go far enough? Comment below to tell us what you think.