The power of conversation 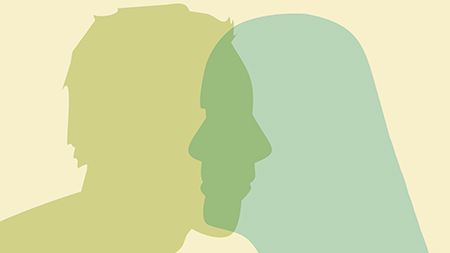 Empowering and supporting staff that have poor mental health can be a valuable facilitator in keeping them in work, as recent IOSH-funded research revealed

Businesses large and small are becoming increasingly alert to the toll that mental health illnesses take, both on individuals and on organisations. It’s widely accepted that line managers have a crucial role to play in supporting employees with problems such as stress, anxiety and depression to return to work after sickness absence. But there is a growing weight of research that suggests line managers also have an important role in preventing mental health problems.

“We know that when a worker goes on sickness absence due to a mental health problem, their manager and colleagues have very often seen it coming,” says Dr Margot Joosen, senior researcher in work and health in the Department of Human Resource Studies/Tranzo (the Scientific Center for Care and Wellbeing) at Tilburg University in the Netherlands. “They will say, ‘I knew they would call in sick’ because they had seen the signs of a problem.”

So while training managers to offer support to employees with mental health problems is important, it’s also reactive. If employers can play a role in preventing the onset of mental ill-health by a creating a culture where the individual’s job satisfaction and sense of fulfilment are at the core of the organisation’s philosophy, so much the better.

Researchers from Tilburg University have conducted a pilot project on such an approach. Focused on the healthcare sector, the pilot involved helping managers create ‘value of work’ for individual healthcare workers by training team leaders to have regular conversations with employees about what they value in their work, what is important to them – and how the organisation can help them realise these things.

The idea is a simple one, which will have wide resonance: that by encouraging, supporting and facilitating individuals to rediscover and focus on what motivates and matters to them, employers can help employees to insulate themselves against the possibility of developing a mental health problem.

“In our daily work, we don’t talk about why we are at work,” points out Dr Joosen. “We talk about problems and targets, but not ‘Why am I here?’ or ‘Why do I find this work important?’”

One of the inspirations for the pilot project was the University of Tilburg’s 2017 IOSH-sponsored research into barriers to, and facilitators of, return to work following sickness absence due to mental health problems (Return to work after common mental disorders: bit.ly/35Ciw7O).

This research confirmed line managers have a key role to play, with employees citing supportive and understanding managers as a major motivator in a successful return-to-work process. Individuals coming back from long-term sickness absence also talked about not feeling satisfied with the content of their work, due to either a heavy workload or one that was unchallenging or not as described.

“People talked about not feeling connected to their work,” explains Dr Joosen.

“So we wanted to look at what happens when an organisation pays more attention to the value of work [a ‘capabilities approach’], which means creating value for both the organisation and its people – not just paying attention when people fall sick.”

The healthcare sector provided an ideal test bed for the pilot project: it records high sickness absence levels and high staff turnover while struggling with recruitment (the World Health Organization has warned of a shortage of 13 million healthcare workers by 2035 and has urged employers to focus on staff retention), so there’s a clear need to consider ways to improve the sustainability of employment within the sector.

“Healthcare is also a profession that people enter with a high degree of personal motivation,” Dr Joosen points out.

“They want to help, they want to care for people, and they have a high level of responsibility. But they often find they struggle to realise their goals because of work pressure, the weight of admin tasks and – in nursing – modest salaries.”

So the researchers set out to evaluate the effects of a ‘work values’ intervention to see if it could work in daily practice by providing nursing teams with opportunities to realise the values of most importance to them – a process facilitated by training team leaders to provide these opportunities.

The pilot was carried out in the neurosurgery unit of a large non-university hospital in the south of the Netherlands. The unit consists of a head of department, two team leaders and around 50 nursing staff.

The research team started with training sessions for the head of department, team leaders and an HR representative. The sessions were delivered by a psychologist and began with examining what the supervisors themselves valued at work using a questionnaire that contained seven work values (see box below).

In the questionnaire, the seven work values covered:

For each one, workers were asked:
a) whether they thought this work value was important to them (to assess whether this work aspect was considered valuable);

b) whether their work offered them sufficient opportunities to achieve these values (to assess if they had a resourceful work environment); and

c) whether they were successful in achieving it (to assess if they had the capacity and competencies).

“It was important that the team leaders went first,” explains Dr Joosen, “to create awareness by making it personal: ‘What do I value? What do I need? Am I enabled to achieve these values?’ If you find only one work value important and you can achieve that one, then that’s okay.”

The next step was to train the team leaders on how to have conversations with the nursing teams about what they, as individuals and as teams, value and what they need to realise their aspirations: “We taught them to have positive conversations – not about problems, but about opportunities and goals. We also taught them to use the questionnaire we’d developed to identify important values.”

A significant element of the training was about justice, and how for the intervention to work, managers needed to look at justice in a different way from the traditional HR thinking that leads to every employee at a certain level in an organisation being given the same amount of resource.

“Every individual is different: they have different views about what’s important and need different things to achieve their aims,” argues Dr Joosen.

“So it isn’t just to give everyone the same resources. According to the capabilities approach, you look at the individual and what the individual needs; people should have real opportunities to do and be what they have reason to value. It’s quite radical, so training is needed to give team leaders the courage to give people equal opportunities rather than equal resources.”

The conversations with the nursing staff then began. They were held in small groups of four to six and focused on identifying what was important to individuals and the team and what they needed to achieve these things. The process was received very positively.

“The team leaders were enthusiastic because they felt empowered by learning the method, while the nurses responded positively because they really appreciated having the time to discuss what mattered to them. It sounds so simple, but we don’t do it often in our working lives!”

The groups created action plans for how they would realise their aims. Some of the actions required management input, but the individual or teams themselves could facilitate others.

“We tried to stimulate individual responsibility and agency,” Dr Joosen confirms. So, for example, some nurses wanted to develop their knowledge of a particular condition, and they realised they could organise themselves into a group and arrange for a doctor to come and talk to them.

"It’s quite radical, so training is needed to give team leaders the courage to give people equal opportunities"

The conversations are now complete and the next step is for the neurosurgery department to come up with an action plan. The hospital is looking at how it can develop the communication style and incorporate the values approach into its appraisal system.

“This is not something you do once and then move on,” says Dr Joosen. “It’s an intervention you can repeat and develop.”

Meanwhile, the research team is planning further projects in other departments and in different hospitals.

There is the question of how the approach might work outside the healthcare sector: at first glance, it might seem that work values would be easier to explore and realise in a caring profession where people are often motivated by very clear personal ethics than in a sector where the work is less personally satisfying. But Dr Joosen is confident that the method is easily translatable to different sectors and workplaces.

“The training and the questionnaire are not tied to healthcare; the seven values are universal. The strength of the approach is that it can be applied to any individual in any sector. The values and actions that emerge might be different in other sectors, but the approach can be implemented anywhere.

“The approach is also low-cost: after all, the real intervention is actually the conversation!”

She sounds one note of caution to employers thinking about adopting a similar intervention, and that is to be open to the consequences.

“If a worker or group of workers say they want to try something new – design their own shift pattern, for example – your response shouldn’t be, ‘Oh no, that’s not possible’. You need to be open to a serious conversation about why this is important to them and how you can help them achieve their objective. Yes, there must be boundaries, but you need to listen first and be supportive – because we know from earlier research that people who do work that is of value to them feel mentally healthier, are more productive, take less sick leave and have less intention to leave their job.”

Researchers from Tranzo, Tilburg University in the Netherlands are working on three other projects aimed at supporting workers with mental health disorders to stay in, or return to, employment.

1 i-STEP: this IOSH-sponsored project takes a quantitative approach to examining gradual return to work among employees with mental health problems. It examines the speed of return to work versus the chance of relapse to help develop trajectories and personalised, tailored interventions.

2 Managers’ attitudes: the original IOSH research identified that managers often lack the necessary skills and experience to support workers with mental health disorders. The researchers have investigated this on a larger scale with a representative panel of Dutch managers. Initial results confirm that a significant minority (40%) of managers feel ill-equipped to cope with employees with mental health problems, and about 60% want to increase their knowledge on how to support these workers.

3 The disclosure dilemma: the researchers have developed a tool to help workers decide whether and how to disclose their mental health condition. Acknowledging the sensitivity of such a move, the research identifies factors influencing the decision (to whom and when to disclose, the individual’s level of responsibility, the economic climate, and individual factors such as diagnosis, symptoms and self-esteem).

An infographic is available at: bit.ly/2LLeUJg 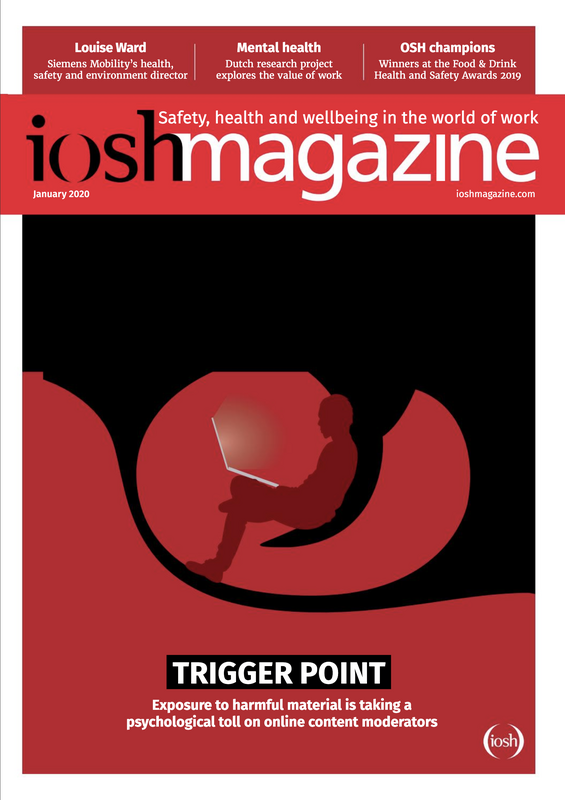