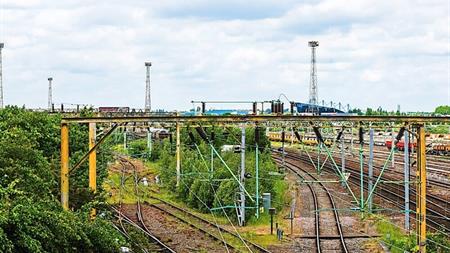 The UK's biggest freight operator has been prosecuted for a second time after a child suffered 40% burns when he was shocked by an overhead cable.

Wolverhampton Magistrates' Court was told that the boy and two 13-year-old friends entered Bescot Yard freight terminal in Walsall on 1 June 2017 after they climbed through a hole in a fence next to adjacent playing fields. Two of the three boys climbed on top of a train, and while standing on the roof, one suffered a devastating electric shock from the 25,000-volt overhead power lines. He sustained 40% burns and life changing injuries. The second child sustained burns to his hand and a broken arm. The third child was not physically harmed.

An investigation by the Office of Rail and Road (ORR) revealed that DB Cargo was aware that members of the public were often gaining unauthorised access to the site, with 35 incidents documented between July 2012 and June 2017. On 28 May 2017, just a few days prior to the incident, DB Cargo recorded that several youths had been spotted clambering over locomotives.

The rail freight firm pleaded guilty of one count of failing to ensure, so far as reasonably practicable, that persons not in its employment, who may have been affected, were not exposed to risks to their health and safety, namely by failing to take reasonably practicable measures to prevent trespassers from entering Bescot Yard, in contravention of s 3(1) and 33(1)(a) of the Health and Safety at Work Act.

"Our thoughts remain with the victims who suffered such terrible injuries, and their family and friends who have also been deeply affected," said Ian Prosser, HM Chief Inspector of Railways.

"We welcome the sentence which shows the seriousness with which the court has taken this case, and we expect the rail industry to make sure their sites are secure and minimise the chances of a repeat of this incident.

"We hope this acts as a reminder to adults and children to stay off railway sites which can be very dangerous places," he added.

According to the Birmingham Mail,  a spokesman from DB Cargo UK outside Wolverhampton Magistrates' Court said: "DB Cargo UK would like to once again extend its deepest sympathies to the injured children, their families and the local Wolverhampton community, within which the company plays an important role.

"Trespass on the railway continues to be a national problem and we are committed to playing a lead role in tackling the issue at an industry level."The company has taken the opportunity to review and enhance its site security policies and procedures to ensure that the high standards of safety it strives to achieve are reflected across its significant property portfolio across the UK.

"We are committed to continuing with investments in fencing, signage, training and local education to ensure children and other trespassers do not access our sites."

Last year,  DB Cargo was ordered to pay £2.7 million after another 13-year-old boy sustained life-changing injuries while playing on the company’s railway marshalling land in Gateshead, Tyne and Wear.