V is for violation 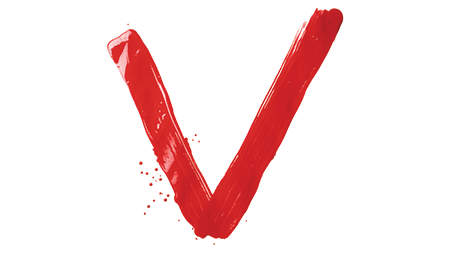 What then is a violation, and when is it wilful?

The idea that unsafe acts could be considered as culpable and non-culpable was popularised by James Reason's 1990 book Human Error. Errors could be slips, lapses, mistakes, or deliberate deviations from a procedure, that is, violations. But are all violations the same?

As Steve Mason, at the time a member of the industry forum Human Factors in Reliability Group, explains in his chapter on violations in the 1997 book Human Factors in Safety-critical Systems, violations were previously "dealt with in a highly simplistic manner, such as by the allocation of individual blame."

Mason explains that violations are "seldom wilful acts of sabotage or vandalism". In most cases, even if someone knowingly breaks a rule, they do not intend a negative outcome.

In most cases, even if someone knowingly breaks a rule, they do not intend a negative outcome

Understanding which type of violation you are dealing with can help to manage it, and Mason presents four types. Reason covers the same four in A Life in Error (2013), although the HSE publication HSG48 Reducing error and influencing behaviour (1999) includes only the first three (bit.ly/2Xwg28k).

Routine violations have become the normal way for people to behave in a workplace. The violation is often to save time or reduce effort (see E is for ETTO) and persists if there are no ill effects. In some cases, workers are unaware that they are violating the rules, as they have learnt the behaviour from their peers and think this is the correct way to work (see IOSH Magazine, August 2018: bit.ly/2QpzZMu).

Explaining to a worker that they might get hurt if they cut corners won't work if their own experience has been positive and they have received praise for working quickly. Removing the rewards for cutting corners, and increasing praise for taking time to follow procedures are likely to be more effective.

Situational violations occur when it is difficult, or impossible, to comply with the rules and meet the job requirements. Reason calls these 'necessary' violations, emphasising lack of choice. To reduce these, the reason for the violation needs to be removed through workplace design. If a delivery driver's schedule is planned well, they won't need to speed; if the right means of access are available for heights, people won't have to improvise.

Exceptional violations occur only in emergencies, when existing rules and procedures aren't working. People feel they have no choice but to break a rule. For example, when a firefighter returns to a burning building in breathing apparatus without the required rest period. Better emergency planning will reduce the extent to which people have to make 'do or die' decisions when there isn't time to assess the consequences. If there is an emergency that couldn't be planned for, a better understanding of different modes of operation, for example through simulations, would give people better knowledge to avoid dangerous exceptional violations.

Optimising violations, Mason explains, are motivated by "a need for excitement in jobs which are considered repetitive, unchallenging or boring," Reason describing them as "thrill-seeking." As we saw in R is for Risk homeostasis, if the gap between people's capability and the task is too great, people will find extra things to do -- like sending text messages while driving. If jobs are boring, consider whether job rotation or improved task design could increase the engagement of the work (see IOSH Magazine, September 2019: bit.ly/332kgFX).

Although these definitions are useful, it is not possible to categorise every violation uniquely. Rules broken in an emergency (exceptional) or because of circumstances (situational) can become the norm (routine) if the individual feels rewarded as a result.

HSG48 presents violations as universally bad, concluding "you feel you need to break a rule... You believe, falsely, that the benefits outweigh the risks." However, Reason points out that "violations do not always have bad outcomes" and conversely "there are some instances when strict compliance has led to disaster." Reason gives Piper Alpha as an example. Those who had correctly assembled by the accommodation platform died. Some who broke the rules by jumping into the sea, survived. For them, the benefits of the violation outweighed the risk.