The business book club: key lessons from Charles Duhigg’s The Power of Habit

In The Power of Habit: why we do what we do in life and business, Charles Duhigg, an investigative reporter at the New York Times, explains why habits exist and how they can be changed. We learn how the right habits were crucial to the success of Olympic swimmer Michael Phelps, Starbucks CEO Howard Schultz and civil rights hero Martin Luther King and how implementing so-called "keystone habits" can make the difference between failure and success. And life and death.

A principal reference is Paul O'Neill, who, when he became CEO of US industrial giant Alcoa in 1987, was very much a rookie in that position. His inaugural speech began: "I want to talk to you about worker safety. Every year numerous Alcoa workers are injured so badly that they miss a day of work. Our safety record is good, but it's not good enough. I intend to make Alcoa the safest company in America." Within a year, profits hit a record high. Under O'Neill's watch Alcoa stock rose more than 200% and sites ran years without accidents. The secret to his success?

Focusing on the behaviour patterns that shape workers' lives.

Duhigg read hundreds of neuroscience research reports and believes that, "once you understand that habits can change, you have the freedom -- and the responsibility -- to remake them". 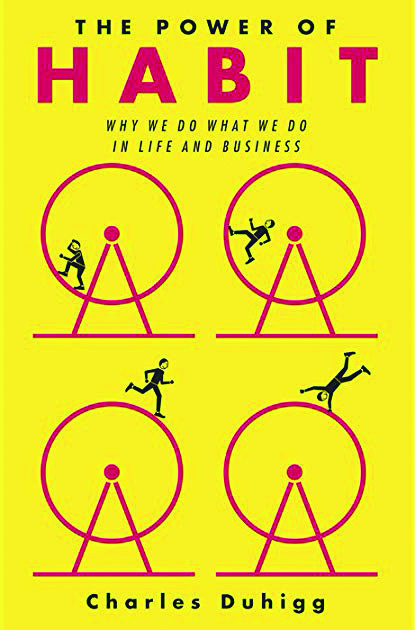 Behaviour becomes habitual through repetition or because people obey social norms -- customs that we rarely query or even think about. In Europe and the US we wear matching socks, we shake hands when we meet people, and eat with a fork because these are norms we've learned. Such behaviours are actions we could alter easily if the laws or customs that governed them change. For example, on a recent trip to Japan I found myself respectfully nodding a small bow on greeting people and eating food with chopsticks.

Duhigg argues that habits work in three-step loops: cue, routine, reward. O'Neill knew this too. Taking an employee injury as the cue, each time an incident occurred, the unit president had to report it to O'Neill within 24 hours and present a plan to make sure the injury never happened again (routine). And the reward? The only people promoted were those who embraced the system.

Behind the scenes, for unit presidents to hear quickly about injuries, they needed constant communication with their direct reports, who needed the same with shift managers, who needed workers to raise concerns when they arose and have a list of suggestions ready. To make all of this happen, factories had to revise their communications channels to make it easier for workers to transmit their ideas to the top. O'Neill succeeded because as he understood that "cultures grow out of the keystone habits in every organisation".

As Duhigg says: "The difference between who you are and who you want to be is what you do." So, what will you do?