The business book club: the surprising truth about what motivates us

Traditional management models propose that extrinsic motivators (carrots and sticks) are effective ways for leaders to "control" people. Yet the science reveals these rarely provide long-term performance improvement. External motivating forces (especially financial rewards) tend to kill intrinsic motivation, generate cognitive dissonance, and reduce motivation as the reward becomes the key reason to do a task rather than the intrinsic enjoyment or sense of achievement.

Pink defines two types of people. Type X (extrinsic) is driven primarily by external factors -- such as money, fame, and status symbols. Many will be highly successful but can be troubled by an insatiable appetite for more "stuff" and more recognition. Type I (intrinsic) finds motivation comes from within -- in accomplishing something meaningful to them. Type I has been shown to have higher self-esteem, better interpersonal relationships and greater physical and mental wellbeing. People in this group usually outperform Type X in the long run.

Humans have an inbuilt desire to develop, to become good at something. As they do, this mastery leads to a sense of personal fulfilment

Extrinsic motivators can be addictive: the more they are received, the more people expect them. This leads to the reward losing its motivational impact, requiring ever-larger prizes to maintain the effect. Notably, when rewards are withdrawn behaviour slumps.

For many, work becomes more complex and less routine. Concurrently there is a reduction in management levels for many organisations, requiring less hands-on leadership and more self-directed work. This requires a different approach from motivation. 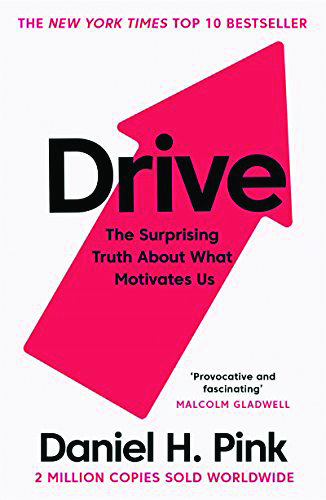 When you consider what drives behaviour it's obvious: humans act on internal factors more than external, which is why some people spend hours learning a musical instrument for no financial gain and others leave highly paid jobs to become nurses or teachers. Success is measured by completion of the task, not by an added-on reward.

When basic needs (such as financial, fairness and adequacy) are met, people need something more. Humans have an inbuilt desire to develop, to become good at something. As they do, this mastery leads to a sense of personal fulfilment.

People also want autonomy (the freedom to do things in their own way) in four key areas: task, time, technique and teamwork. Studies show that perceived control is an important component of happiness and that a lack of freewill and choice reduces enthusiasm. A sense of autonomy has an immensely positive effect on attitude, job satisfaction and performance too. In the new world of work having a sense of purpose is a significant source of motivation and engagement (see Simon Sinek's Start with Why for more). According to Pink, if we understand people's mastery, autonomy and purpose we'll get more out of them and they'll feel happier at work too.

It is easy to find examples of extrinsic motivation in safety: celebrations, rewards and bonuses for periods worked without an accident and reporting of near-misses, for example. But as Pink states: "The problem with making an extrinsic reward the only destination that matters is that some people will choose the quickest route there, even if it means taking the low road."